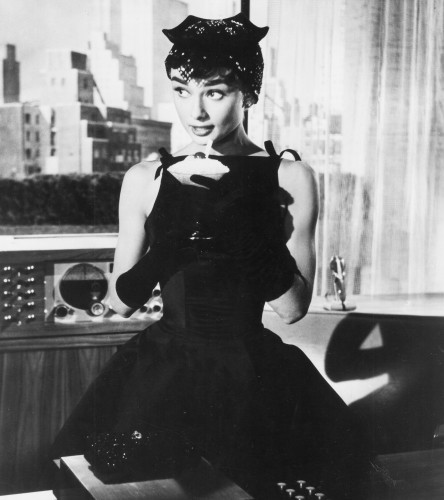 Their first meeting is worth to be retold, as it was a casual meeting that started one of the most enduring friendship and fashion partnership in history.

Audrey went to his Paris Salon looking for a stylish wardrobe for her second role in Sabrina in 1953.  She was announced as ‘movie actress Miss Hepburn’. Givenchy met her, somewhat shocked that this was clearly not Katharine Hepburn as he thought (at that time Audrey was not famous yet) but he was immediately smitten by her charm and impish beauty, highlighted by her Capri pants, flat shoes and shirt tied at the waist and wearing a gondolier’s hat; he was also impressed with her French. She asked him to take care of her wardrobe for the movie. 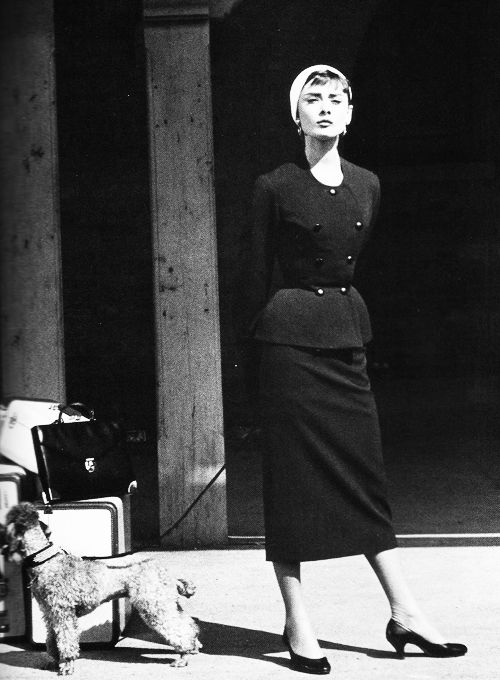 Auds wearing the charcoal grey suit at Glen Cove station, on the set of Sabrina, October 1953

Givenchy had just started his own fashion line and was working on his second collection. He had a small staff, he explained to Audrey, and there was no way he could take on the job of designing and producing a movie wardrobe. He did tell her, however, that she could look at the finished models, and she could have whichever ones she wanted. Audrey was very pleased and excited by what she saw: several outfits were exactly what she wanted for her role. According to Givenchy she chose the dresses you see in the three pictures in this article.

Sabrina became another hit for Audrey Hepburn. She had invited Givenchy to the Premiere, but they were both disappointed that his name appeared nowhere in the film credits. There were reasons of course, guild rules, of which Givenchy was not a member, and contractual obligations that, as Paramount head designer, Edith Head’s name always appeared as the costume designer. Audrey told Givenchy that his name would never be left out again. 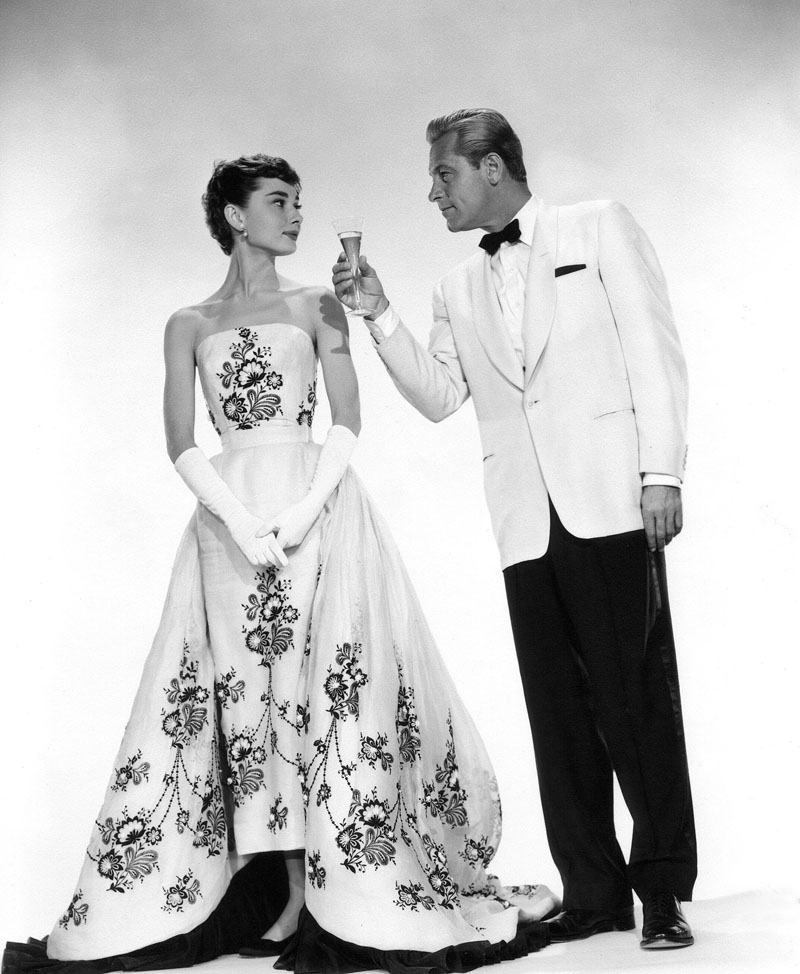 After this first movie, Auds and Givenchy worked together practically for their entire careers and remained close friends for the rest of her life.

The most important movies in which they collaborated including Funny Face, Breakfast at Tiffany’s, Charade and How to steal a million (my favourite Audrey’s movie together with Roman Holiday!) are the best examples of this fashion partnership; Givenchy designed for Audrey’s personal wardrobe as well as for her movie costumes: she will say ‘His are the only clothes in which I feel myself. He is far more than a couturier, he is a creator of personality’.

To explain you the strong feeling between them, I use Givenchy’s words which I read some time ago: “Our is a love that lasted 40 years and will last for ever. It’s a love that has to do with the eyes and heart, respect and admiration. It’s Friendship in its purest form.” 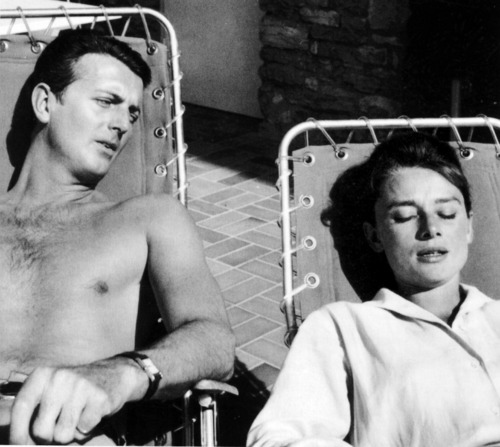 1960, Audrey & Givenchy at Auds home in Tolochenaz, during the visit he made for Sean’s baptism

Late in her life, when Audrey had terminal cancer, the paparazzi circled her residence awaiting news.

Givenchy spoke to his client and their mutual friend Bunny Mellon to see if she could lend her personal jet to transport her to Switzerland where Audrey wanted to be in peace. Mrs Mellon came through and her jet flew Audrey and her two sons to Audrey’s Swiss home, where she remained until her death.

Believe it or not, Givenchy is still alive. He retired in 1988, after selling the Maison to the Louis Vuitton Group.

These pictures speak for themselves. Auds and Givenchy have been more than friends. They’ve been everything for each other. They’ve been like siblings, without being siblings. 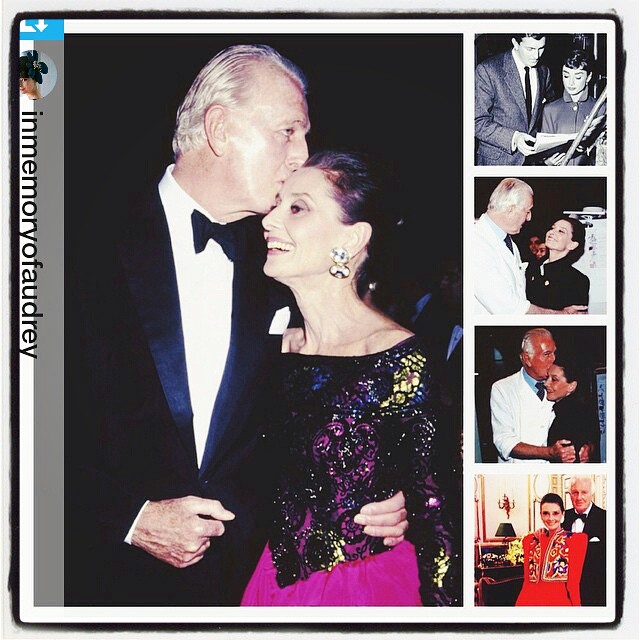 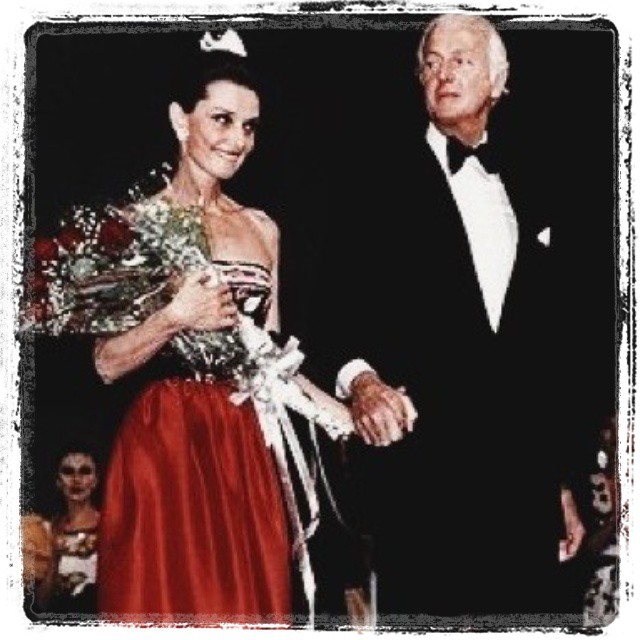 Tags:  Audrey Hepburn fashion Hubert De Givenchy Roma Roman Holiday style
This entry was posted on Saturday, March 7th, 2015 at 11:15 am and is filed under Fashion & Beauty. You can follow any responses to this entry through the RSS 2.0 feed. Both comments and pings are currently closed.