It’s no surprise that a survey found that mothers are putting their children first in the style stakes, with 94 per cent spending more on their child’s wardrobe than their own. 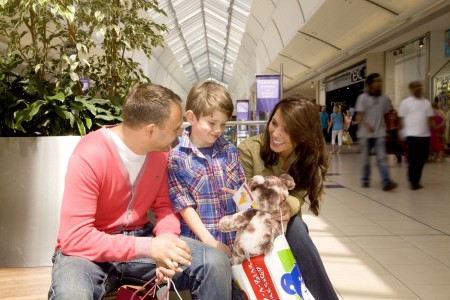 As a result, it seems that some mothers are neglecting their own wardrobes with almost half (46 per cent) of mums feeling guilty about spending money on clothes for themselves.

The survey of 1,000 women aged between 18 and 55 also found that 47 per cent of mums set aside the time to shop for their child once a week or more in an attempt to make sure their children are following the latest fashion trends.

With a number of A-list celebrities putting their children at the forefront of fashion, both high street and designer stores are quick to catch up on the latest fashion trends for children. It seems that parents are also inspired by their favourite celebrities and look to them for fashion tips. The survey results show that a quarter (25 per cent) of mums look to emulate the way Katie Holmes styles her child, Suri Cruise.

If it was up to dads, however, it is more likely that they’d look to save some pennies by shopping for their children in value shops like Primark (30 per cent) or buy sale items (25 per cent). This demonstrates a difference between the parents when it comes to fashion and labels.

Paul Lancaster, General Manager of Lakeside Shopping Centre who commissioned the survey in the summer of 2012, commented: “The market for trendy designer clothes for children has grown rapidly over the last decade, with more choice available now than ever before. This has certainly been boosted by celebrity culture with many mothers inspired by the likes of Katie Holmes and Victoria Beckham when it comes to kitting out the kids.”

Tags:  baby clothing children's fashion fashion maternity fashion shopping
This entry was posted on Tuesday, March 5th, 2013 at 8:15 am and is filed under Fashion & Beauty. You can follow any responses to this entry through the RSS 2.0 feed. You can leave a response, or trackback from your own site.