Now that the Liberal Democrats have come out against increasing childcare ratios, I hope the government will stop and think very carefully about their proposals to increase staff: children ratios in nurseries across the country. Saving money at this crucial stage in our children’s development could have grave consequences not only for our children’s lives but for society as a whole. 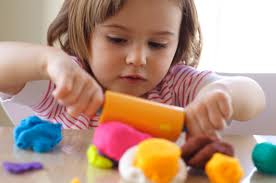 Under the proposed plans, nurseries that employ a high ratio of well-qualified staff will be allowed to let one carer look after six toddlers at any one time — compared with four currently — and up to four under-ones, compared with three now, thereby saving on staff costs.

Think about that for a minute – qualified or not, can you imagine looking after four babies or six toddlers all day, probably for not much more than the minimum wage? Mothers and fathers who have “three under three” perform a Herculean task and stories about parents with four children under three take on an almost mythical status. There’s a reason for that – it’s stating the obvious to say that children are hard work, they really are, but during those formative early years, it’s not just about feeding, clothing and keeping children entertained or well behaved – they need infinite amounts of loving care and attention to enable to grow into well-rounded, communicative, functioning members of society.

All parents who leave their precious off-spring in the care of others will have agonised long and hard over the issues before concluding for whatever reason, economics or otherwise, that a nursery is the best option for their family. These parents hope that their children to be nurtured as they would be in their own home, albeit on a larger scale. A nursery worker looking after four or six children, however skilled or experienced they are can’t possibly do this. This isn’t just me opining, a survey by the Pre-School Learning Alliance showed that 94% of respondents didn’t believe they would be able to maintain their quality of service if staffing levels were reduced. They also said having fewer staff would not necessarily reduce the financial burden on parents as very few respondents indicated that they would adjust their charges. 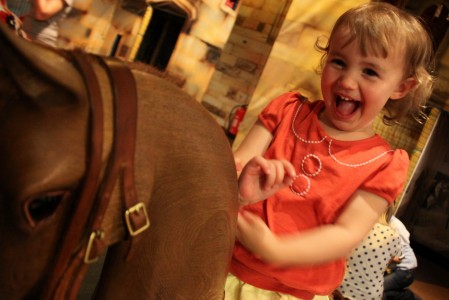 Perhaps “reduction in quality of service” doesn’t sound like too big a deal, as if children will get fewer shiny toys or fewer murals painted on their walls, as a result, but it means so much more than that. These children are our future, and how we as a society treat them when they are at their most vulnerable will have repercussions for generations. Studies which are now part of mainstream thinking on early years education have shown that it is crucial in the first three years of their lives for children to have high-quality, personal interaction. In Sue Palmer’s book – 21st Century Boys, she argues that boys in particular need to be showered with love and affection, they need individuals to pay attention to them, make eye contact and encourage them to explore the world around them they need to know that when they stumble there will be someone there all the time to pick them up, give them a cuddle and make them feel better. Without this personal care, they are more likely to grow up “sadder, more stressed and more aggressive” with every passing year.

The hope of saving money for care at the most crucial time in a human being’s development – their first five years of life, could in the end prove to be a false economy if our children grow up to be at best uncommunicative and at worse anti-social and violent. Is this really the legacy we want to create in our young?

Tags:  childcare
This entry was posted on Saturday, May 11th, 2013 at 9:00 am and is filed under Childcare. You can follow any responses to this entry through the RSS 2.0 feed. You can leave a response, or trackback from your own site.