Childcare is the most important issues for parents no matter where they live, but in London this issues is even more important. The government are encouraging parents in London to check if their child is entitled to 15 hours of free childcare from this September, when the number of eligible children is estimated to double compared to last year.

Around 42,500 children in London will now be entitled to free childcare, but take-up has traditionally been low. A new government campaign is being launched recently to encourage parents to use their free 15 hours a week.

Evidence suggests that children from less advantaged backgrounds often start school 19 months behind their peers, but also reveals that good quality childcare can reduce this gap and have a significant benefit in terms of a child’s development. 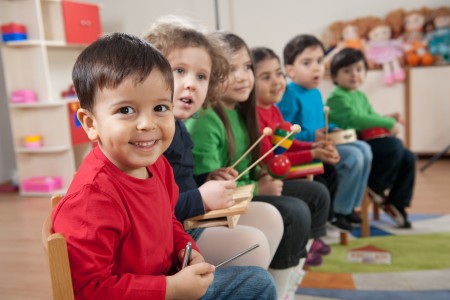 “Giving a helping hand to families that need it most will mean thousands more children get a brighter start in life. This September, we’re doubling the number of free childcare places for two-year-olds. All parents need to do to check if they qualify is contact their local authority or children’s centre.

“All the evidence shows that if you compare two five-year-olds hanging up their coats next to each other on the first day of school, the poorer child will already be behind their better off classmate before a single lesson has been taught.

“Without this help, children suffer and the whole class suffers as teachers have to focus more of their efforts on children who are frustrated and left behind through no fault of their own. I believe that every British family, whatever its structure, background and circumstances should be able to get on in life.”

“It is wholly wrong that children from lower income backgrounds can be behind their peers even before they’ve attended their first primary school lesson. We know that good quality early education can make a huge difference in levelling the playing field and improving a child’s life chances.

“This free childcare entitlement gives children in London crucial support that could make all the difference to how well they do at school and beyond. I encourage parents who think their toddler may be eligible from this September to check this and make sure they don’t miss out.”

The extension of free childcare to two year olds builds on the entitlement of 15 free hours a week already available to all three and four year olds.

In addition, the Government meets up to 70 per cent of childcare costs for low- and middle-income families through tax credits and are also introducing tax-free childcare from autumn 2015 which will see all eligible families receive up to £1,200 towards each child’s childcare costs.

To check whether or not your child is eligible visit www.gov.uk/freechildcare

To be eligible parents must be getting one of the following:

Children are also entitled to a place if:

This entry was posted on Tuesday, September 16th, 2014 at 1:30 pm and is filed under Childcare. You can follow any responses to this entry through the RSS 2.0 feed. Both comments and pings are currently closed.