The Very Hungry Caterpillar is the most read children’s book in Britain, a study revealed yesterday. Researchers estimate that Eric Carle’s 1969 classic about a caterpillar that becomes a butterfly is read an average of nine times a year by the nation’s 5.5 million primary school children. 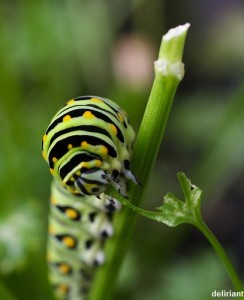 The second most popular book is the classic Cinderella fairytale which is read around 8.7 times a year by each family.

The report also revealed that parents actively encourage their children to read books they themselves have loved and that a string of classics are making a comeback as parents turn away from more modern children’s books.

Yesterday Nicki Tracey, Head of Brand Communications for Early Learning Centre who commissioned the research to mark the Great Book Exchange said: ‘’A huge amount of parents are familiar with the story of The Very Hungry Caterpillar and it’s a book that has obviously been passed down through the generations.

‘’It’s great to see so many books on this list that parents have obviously enjoyed themselves as children and as a result encouraged their own children to read and love as well. It’s especially good to see that so many parents and children enjoy reading these stories that they re-read the same books over and over.

The third most reread books are Roger Hargreaves’ Mr Men series while in fourth place were the Peppa Pig books based on the Channel 5 children’s television show with both being read eight times a year.

Parents and children read about Postman Pat’s adventures an average of 7.5 times a year while The Gruffalo, Julia Donaldson’s animated modern fantasy about a fictitious monster who lurks in the woods, is likely to be read at least 7 seven times a year.

Classics such as Roald Dahl’s 1964 Charlie and the Chocolate Factory, Dr Seuss’s 1957 book The Cat in the Hat and the 1980’s Spot the Dog series also made the top twenty list which was compiled by 2,000 parents with children under 10.

Most parents said their children picked up a book and either read to themselves or got their parents to read it every day with ninety per cent saying their children read or were read to at least three times a week.

Three quarters of parents said they encouraged their children to read the same books that they read as a child with many selecting Roald Dahl and Enid Blyton books to read as bedtime stories as much for their own enjoyment as their child’s.

Parents agreed that sons and daughters had very different tastes when it came to their reading habits but that as a general rule both preferred adventure stories and traditional fairy tales.

Although one in five said they had bribed their children to read by offering them pocket money two thirds said that their children loved reading and didn’t need much encouragement to pick up a book.

Mums were more likely to offer advice on books to read and take responsibility for reading a bedtime story but two thirds of parents say their child reads before bed or gets read to most nights of the week.

Nicki Tracey added: ‘’There are some much loved books in this list that millions of children must have read and loved over the years. Hopefully when children do outgrow their favourite books parents will use the Great Book Exchange as an opportunity to pass on their most loved books to other children and pass these classic tales on for even more generations to enjoy.

‘’Reading to children is the most amazing gift and anyone can do it. Reading boosts children’s development, teaches them new words and helps them discover and learn about the world. Recent research shows that one in three children do not own a book and, we felt our Great Book Exchange would encourage parents to bring the books their children have outgrown, into local stores for them to redistribute to local children and charities who need them.

‘’Reading bedtime stories to children is the best time of the day as they can snuggle-up, feel calm and safe and you can give them a love of words and stories which will give them a head start at school and stay with them for life.’’

MOST READ CHILDREN’S BOOKS (no. of times read a year per household)

* The Great Book Exchange encourages families to bring books into stores that their children have grown out of so that children who need them can have them. In doing so, customers get 50 per off brand new books.

Tags:  books' reviews children's books' reviews social media magic
This entry was posted on Thursday, January 26th, 2012 at 1:32 pm and is filed under Baby & Toddlers, Blog, Books, Schooling. You can follow any responses to this entry through the RSS 2.0 feed. You can leave a response, or trackback from your own site.