To mark ‘International Missing Children’s Day’ today journalist and television presenter Esther Rantzen has written an emotive article highlighting the issue of missing children in the UK. The article ‘The Invisible Children’ (below) draws on Esther’s previous experiences of working with vulnerable children in order to raise awareness of the risks posed to youngsters living alone on the streets. 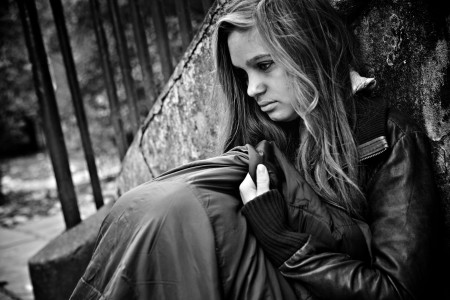 It is estimated that up to 100,000 children run away from their homes or from care each year in the UK – most with nowhere else to go to, leaving themselves susceptible to further problems and danger. www.yano.co.uk is helping to raise awareness of the charity Railway Children this International Missing Children’s Day. The charity is one of the most effective in supporting children who live on the streets, providing protection and opportunity for children with nowhere else to go and no one else to turn to.

Esther comments, “It is clear that we urgently need to open our eyes and ears. We need to see and hear the children before the moment when their desperation forces them onto the streets. Many of these children know what they are running from but have no idea what perils they are running towards.”

May 25th is International Missing Children’s Day. So where are the children and why have they gone? Esther Rantzen, founder of ChildLine opens the lid on a growing problem for the UK. 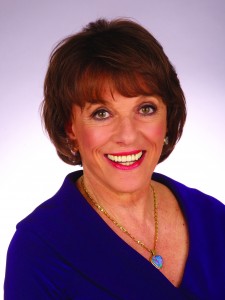 It is frightening, shocking and deeply disturbing that even in these enlightened days, even in this civilized country, thousands of children can become invisible. And their invisibility can put them into the gravest danger. We have seen cases that have made headlines recently as the evidence was revealed in court of children being plied with drugs and alcohol and then used as sex slaves. This has happened, not in the back streets of third world slums where these children were be living in rubbish dumps or starving. It happened to ordinary children living in our own towns and cities.

How is it that children like these suffer such a terrible fate? The cloak of invisibility that surrounds them seems to have been fashioned out of adult indifference. They ‘bunk off’ school and nobody notices. They run away from care and no one can restrain them. They sleep rough and nobody seems to take responsibility for them, or ask questions, or even search for them and find a safe refuge for them.

We sometimes hear from these children at ChildLine. One girl I know well ran away when she was eleven from her mother’s alcoholism and violence. She stayed on a bus until it was dark and she had run out of money, and then rang ChildLine, the children’s helpline. The first time she, and we were lucky, we found a bed for her in the only children’s refuge in London. The next day she was placed in foster care, but when that placement broke down, she ran away again and rang ChildLine once more.

This time we were not so lucky and were not able to locate a place for her, so she promised she would go home. In fact she slept in a local park overnight. I dread to think what could have happened to her. Happily she survived, rang ChildLine in the morning, and from then on was looked after. Although there were other crises in her life, each time she rang our helpline we were able to empower her and inspire her to move forward. Now she is married, with children of her own and has a thriving career working for a children’s charity. She is a wonderful success story, but how many others end up in our prisons, or addiction units, or dying in A & E with no one to mourn their passing?

It is estimated that 100,000 children run away from their homes, or from care each year in the UK – but nobody really knows the true figure. Railway Children is one of the most effective charities which supports children living on the streets, the children most of us pass by without a glance in their direction. According to Railway Children, two-thirds of runaways will be victims of violence on the streets and few are reported missing by their parents or carers in the first place. It’s not enough to suggest that the police should pick them up and return them home.

When a child runs away there can be a very good reason. And yet they may be too ashamed or fearful to tell the police what that reason is. And what happens if they do tell? One of the most appalling aspects of the recent case of teenage girls abused by gangs of predatory men is that when one did ask for help, and reported the abuse, she was not believed.

It is clear that we urgently need to open our eyes and ears. We need to see and hear the children before the moment when their desperation forces them onto the streets. Many of these children know what they are running from but have no idea what perils they are running towards.

I talked to a girl who was running away to Piccadilly but paused to ring ChildLine. She was in floods of tears so she could hardly find the words to explain what had driven her from home. Eventually she explained that she had just discovered her own adoption papers. Her parents had never revealed to her that she had been adopted. “I realise now that they could never have loved me,” she said. “They never told me the truth.” As I asked more questions she painted a picture of parents who deeply cared about her.

I suggested to her idea that parents can make mistakes and that sometimes children need to forgive them. She said she had run away before and met a man who offered to let her work for him in Piccadilly, but another girl had warned her to go home. At the end of our conversation she said she would return home and talk to her mother about the adoption that they had never discussed before. I will never know if she went back. I pray that she did. Otherwise she might have ended up like so many of our invisible children, believing no one knew or cared how she lived or if she lived at all.

If you would like more information about these charities or want to get involved visit www.childline.org.uk or call 0800 1111. www.railwaychildren.org.uk or call 01270 757596.

This feature was written and commissioned for www.yano.co.uk. The new website for fresh thinking on parenting.

Tags:  childline Esther Rantzen help children
This entry was posted on Friday, May 25th, 2012 at 12:46 pm and is filed under Baby & Toddlers, Blog, Parenting Skills. You can follow any responses to this entry through the RSS 2.0 feed. You can leave a response, or trackback from your own site.