The case for a staggered return to work after maternity leave

I have to say returning to work so far has been pretty good. I have enjoyed the challenges thrown at me and most importantly I haven’t struggled too much with missing my daughter. Undoubtedly the reason for this is because I have been able to negotiate a staggered return to work; working just two days a week for approximately two months, before I switch it up a level and then go up to four days. The next step, however, is a complete unknown to me though and I am nervous (to say the least) about trying to make it all work. 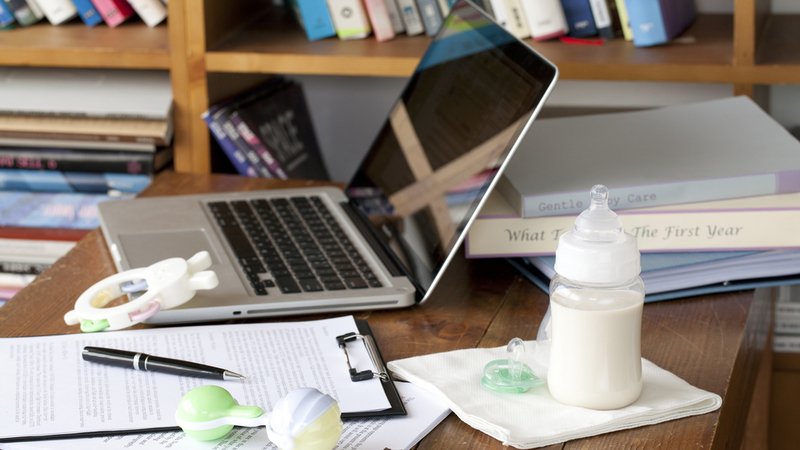 I feel lucky my employer was willing to consider me coming back for two days a week initially, as I know many workplaces are against these staggered returns. In fact I have spoken to loads of my mum friends who are also returning to work after maternity leave and many have expressed an interest in doing a staggered return. However unfortunately many of their requests have been turned down, much to their disappointment.

Lucy, a senior communications manager, said the following to me about her recent return:

“Going back to work after having my first baby has been one of the toughest challenges I’ve faced as a mum. I was prepared mentally to go back to work on a new arrangement of four days a week, but nothing prepared me for the emotional heartache I would feel in the run up to my return date as well as those first few weeks, if not months of being back at work. Going from being with your baby day in, day out for a whole year to being back in an office work environment was a real shock to the system, for both me and my little boy. In my opinion returning to work should be a staggered transition, instead of an impending deadline.”

Not offering parents a staggered return to work seems like a massive shame, and I feel that employers are perhaps missing the point on why an agreement like this can be so beneficial. Not just to the parent in question, but to both parties. Any MDs and HRs reading this are probably shaking their heads at me now, thinking that a staggered return is more hassle than it’s worth, damaging to productivity and detrimental to team work.. but hear me out….

You see – if you think about it – I mean really think about it, it seems bonkers that employers expect that parents can go from not working at all (in their day job that is) to suddenly doing a five-day (minimum) working week (plus also being a parent in their spare time before and after work). It seems even more bonkers that these employers expect it just to work from day dot because like any big change, this will take time.

Because from zero to hero rarely works in my opinion.

I wish more workplaces would be a little more forward thinking in their approach to returning parents. Certainly, only doing a few days a week at the start (before going back full time) can seem like a limited amount of time to be in the office and can be a little disjointed, but I know first-hand that one can be productive in those two days as long as you apply yourself correctly. It’s also a great way to learn that, very often as a parent you can’t do everything, and that instead you need to do the things that are going to result in the greatest success – and the rest can wait. A very useful lesson to learn early on.

A staggered return has enabled me to ease myself in a little more gently to my workplace, but none the less it hasn’t stopped me from beavering away when actually in the office (and even after hours). It has also been less emotionally draining, as I know I can focus on my job for the two days I’m in the office, whilst being reassured that on the other days it’s all about my daughter. This means that I’m not sitting at work feeling guilty about my baby, missing her and wondering what she is doing every 10 minutes, but rather working extra hard as I know I have the rest of the week to see her and spend quality time with her. Likewise, I feel more confident around my colleagues, more resilient to deal with office politics and also able to combat the dreaded imposter syndrome (which often rears its ugly head) knowing I can also have some time away from it all.

Most of all I believe that the staggered start will mean I am less susceptible to burning out too quickly as a result of trying to do everything too quickly. Randi Zukerberg’s mantra (and bestselling book) ‘Pick Three’ has been a real driver for this actually. As she wisely says, best to do three things well, rather than constantly trying to do everything and doing it badly. This is something I hope to carry on long into my career and my personal life. I must however remember to stick to this when I start back to my four day week, no matter how busy I might feel.

I want to champion staggered returns to work for mums after maternity leave. By easing people in gently, I am confident that workplaces will (inadvertently) get more from their staff, rather than scaring them into thinking that being a career mum isn’t feasible for them and quitting at the first hurdle.

Baby steps really do seem like the answer in this instance.

For more from Holly check out her blog: www.pitterpatterpither.com

Holly Pither is a new mum to baby Amelia and similarly new to the blogging world. She started her blog when she first went off on maternity leave. Unlike many of her friends, Holly was very fearful of going off on maternity leave, scared about losing her identity and panicked about just being mum. She writes all about the trials and tribulations of maternity leave and finds it very therapeutic. In her day job Holly is a PR associate director at an agency in Oxford, England. She loves her job and she loves her baby. It is her belief that all parents can love both their kids and their career and, with the right flexibility, neither should suffer.

Tags:  career maternity leave working mum
This entry was posted on Friday, September 14th, 2018 at 11:06 am and is filed under Baby & Toddlers. You can follow any responses to this entry through the RSS 2.0 feed. Both comments and pings are currently closed.