Stress Busting Tips for Moving House With a Toddler

Let’s face it: Moving house is never going to be an easy task and even if you are packing, planning and preparing for months in advance, the chances are that come moving day stress levels will still be running high. One study puts moving house amongst some of the most stressful life experiences going and this can be exacerbated further if you throw toddlers and young children into the mix too. Dealing with the practical difficulties of moving house with children is one thing, but it can be a major emotional upheaval for them too. Unless they are used to moving regularly then your home will feel like a safe haven to them and leaving it can be daunting. Here are some tips on how to deal with all of the aspects of moving house to make the transition as easy as possible for you and your little ones. 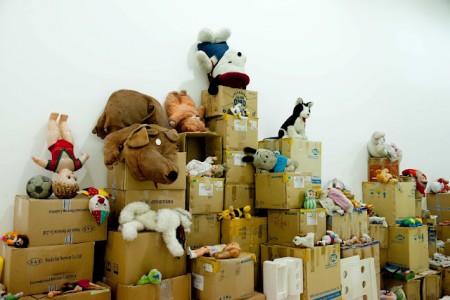 Failing to prepare means preparing to fail…or at least preparing to become very stressed! Plan your moving day using schedules and timeframes taking naps and mealtimes into consideration. This won’t only make you feel more in control but it will keep your kids’ routine in check too. It goes without saying, but try not to leave packing until the last minute. Clothes, books and any other items that you don’t use daily can be squirreled away in advance in plastic crates and this can be done while the kids are in bed or at nursery.

It might be tempting to send the kids to a babysitter on moving day but involving them in the process and making it as fun as possible will give them a more positive outlook on the move which you may be grateful for later. Explain what is happening – sending them off and then later reintroducing them into a new home with no idea of how their things got there could be confusing and upsetting for them. Consider a moving day treat such as a new toy to keep them occupied during the busier moments and further improve their opinion and memories of the process! They will be enthralled by the boxes and the removal van so take advantage of their enthusiasm and keep them interested in order to make the move seem as exciting as possible.

Research your new area before you move and don’t waste any time in letting the kids explore. It is important for them to become familiar with their new surroundings – only then will it start to feel like home. This is particularly important if you are having a total change of scenery, such as moving out of the city into a more rural area or if you are travelling further afield and moving into a new property overseas. However unfamiliar things may feel to begin with you can bet that they will soon start to love it when they realise that there is an awesome park or cool leisure centre just down the road. With studies indicating that children are not getting enough exercise, take this opportunity to encourage your kids to become involved in local, outdoor activities rather than staying indoors. This will give them the chance to meet new friends in the area as well as improving their general health.

Try to think about how and where you pack certain things. Some things can afford to be lost for a little while but others you may need sooner rather than later. Keep bedding, towels, snacks and favourite toys where you can reach them quickly to avoid any meltdowns and when it comes to putting furniture into the removal van try and get the kids bedroom things in last. This will mean they will be the first things off and therefore won’t cause excessive delays with naptimes – again minimising disruption to their routine. 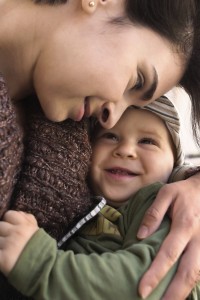 No matter how well prepared you are, moving day is bound to be stressful and you will find your house is a hive of activity as people, boxes and furniture go in and out. This can mean doors being left open, heavy furniture being moved and things that would usually be out of a child’s reach being made more accessible to them. With so much going on it might be hard to keep your eyes on an inquisitive toddler at all times so consider asking a friend or family member to come and help out for the day, either to watch your little one or to lend a hand elsewhere so that you can watch them. Safety should always come first, no matter how busy you are so make arrangements so that your little one can be involved but not unsupervised.

However smoothly the move goes, those first few nights in a new bedroom will be strange for your kids. Make things as familiar and homely as possible by making sure their favourite toys are around and even washing their bedding in your usual washing detergent to try and capture that scent of home. As soon as you’re able, try and get things unpacked so you can really begin making your new house a family home and bear in mind that, as with most things in life, children tend to adapt and adjust far more easily than we expect them to.

This entry was posted on Friday, April 11th, 2014 at 7:10 pm and is filed under Baby & Toddlers. You can follow any responses to this entry through the RSS 2.0 feed. You can leave a response, or trackback from your own site.