Kids are so spontaneous, aren’t they? Well, they usually speak common sense. Or don’t they? Fun new research from toy company, MGA Entertainment, has revealed that from our list almost a quarter of British children (24%) would most like to send the Prime Minister David Cameron off on a long and dangerous space voyage, closely followed by Simon Cowell (23%).

The research, which was designed to mark the launch of the new out-of-this-world Novi Stars dolls, questioned 516 children aged eight to 15 on all things alien related.

British kids have certainly taken a lead from the X Files: when asked when they thought aliens would land on Earth, nearly a quarter (24%) of children said they think they have already visited us.

With 2% of the +500 questioned thinking that aliens might land on Earth in time for Christmas, researchers asked about how kids thought aliens might enjoy an Earth Christmas. 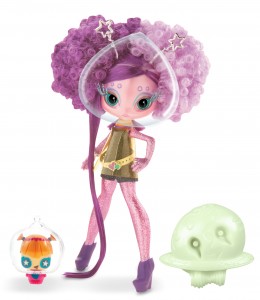 Over a third (35%) said aliens would most like the Earth custom of receiving great toys and presents at Christmas, with nearly a quarter (21%) saying aliens would love dinner on Christmas Day.

Half of all the kids questioned thought the TV programme aliens should definitely watch if they landed on Earth on Christmas Day was Dr Who, with almost a third (30%) stating a movie featuring a typical Earth family, 17% saying the news and 15% saying the Queen’s speech.

When it comes to buying Christmas presents for extra-terrestrial visitors, a sensible half of kids would opt for a guidebook to Earth, while a fun 15% would gift wrap some furry dice for the alien space craft, and one in ten would present a One Direction CD – perfect for the long journey home!!

All figures, unless otherwise stated, are from YouGov Plc. Total sample size was 516 GB children aged 8 to 15. Fieldwork was undertaken between 12th-16th October 2012. The survey was carried out online. The figures have been weighted.

Tags:  Christmas Christmas gift guide
This entry was posted on Sunday, December 23rd, 2012 at 10:00 am and is filed under Baby & Toddlers, Blog. You can follow any responses to this entry through the RSS 2.0 feed. You can leave a response, or trackback from your own site.