Is our quest for a risk free play environment realistic and healthy?

How often do you see a child these days with a broken arm? Rarely I would say. By the time I was 13 I’d broken an arm and some fingers, my classmates had various proper scrapes and bumps and teeth knocked out. All of this was a normal part of growing up. But, we’d climbed every tree in the neighbourhood, could ride a bike brilliantly by the age of 8, and pretty much anything else with wheels. We even had competitions to see who was best at skateboarding up and down stairs. 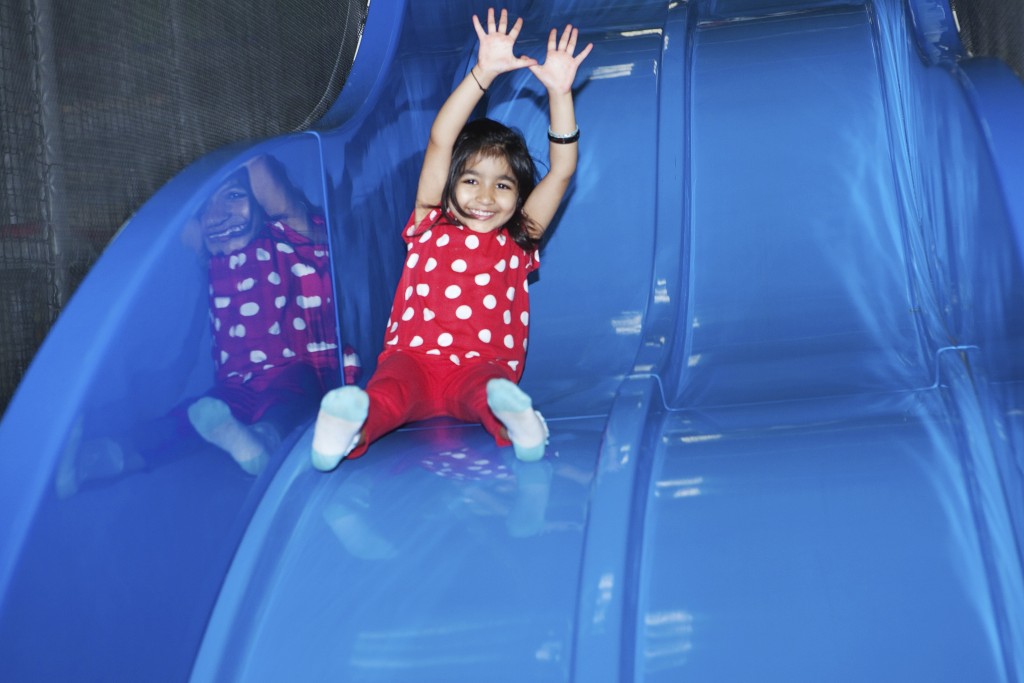 Letting kids play freely – with a degree of risk – is becoming a thing of the past as mothers and fathers alike (and I am including myself here) encase their little cherubs in cotton wool, terrified of them getting hurt. Now that my kids are a little older it is getting easier for me to stand back and be a bit critical. Yet, I remember when my son at 8 years of age, got his skateboard we put so much protection on him that he couldn’t even bend over to pick it up. The skateboard is now a pretty wall fixture. We are all guilty in varying degrees, but there is a general trend towards elimination of risk that is neither realistic or healthy.

I started to pen this article a month ago and set it aside. Today I was spurred to finish it after I read an article in the Sunday Times called “Playgrounds go full swing to revive danger”. Simon Trump’s opening line is “Traditional playgrounds with raised levels of danger are being reintroduced after research found risk-free sites stunt children’s development.”

He quotes a Somerset Play and Youth facilities officer who says: “Playgrounds are the nursery slopes for real life. If we don’t let children differentiate between ‘acceptable’ and ‘unacceptable’ risk we are failing them. Instead of eliminating it let’s embrace it.”

As a playcentre owner I live and breathe this every day. Sometimes I feel like putting up a sign “over a million satisfied customers and only one broken arm here in 6 years”. We once had a customer demand that we begin cutting grapes in half as we were risking choking a child. Get real – can you imagine slicing 10 bunches of grapes every weekend? We actually even called our First Aid trainers before writing back and in the end decided that we were crazy to be taking this seriously. Cutting grapes is neither economically feasible for a business or realistic. Surely customers should be happy we are serving fruit rather than junk food we concluded?

While outdoor play areas are usually council-owned, indoor playcentres are mainly private family-owned companies so minimisation of risk to an unhealthy (or should I say “padded”) level is fundamental, whether or not we agree. We try to minimise risk as much as possible by padding play equipment, getting rid of sharp angles and edges, putting play assistants out to supervise children, covering electrical plugs, setting in place checks an procedures, training staff, PAT testing and ROSPA certifying equipment and so on. The list is endless. I can safely say my playcentres are safer than my house. And this is because we live in dread of somehow being negligent and being sued by a customer – I think Lord Young called it the “compensation culture” – we are now victims of it.

If a child gets hurt someone is to blame. But it’s not always the case. You can’t prevent a child from falling and bumping their head, from children bumping into each other (the most common cause of major bruises and bangs in playcentres), or a child from falling awkwardly from even the smallest height and spraining or breaking an arm. No matter how much you pad, it is going to happen.

So, as a mother and play provider I would say that the term ‘risk-taking’ usually has negative connotations, but the truth is that for children the possibility of engaging in some risky activities provides opportunities to learn new skills, try new behaviours and ultimately reach their greatest potential. Challenge and risk, in particular during outdoor and indoor play, allows children to test the limits of their physical, intellectual and social development.

While I write this my son is at a Wobstacle party which involves a bouncy castle type structure on water. Little can fill me with more dread and underlines how hard it is to let them embrace a bit of risk. I admit I was hesitant, but by the time I’d finished he was home and proud of his conquests – or rather – pushing other boys off into the water!

Guest blogger at London Mums magazine, mum of two and owner of soft play centres Eddie Catz. One of the very best in indoor play, Eddie Catz is the place to bring your child to play, have a party, take a class or join a workshop or an event!

Tags:  Eddie Catz risk free play environment indoor play safety eddie catz softplay
This entry was posted on Monday, September 5th, 2011 at 11:18 pm and is filed under Baby & Toddlers, Mumpreneurs & Mums at work, Parenting Skills. You can follow any responses to this entry through the RSS 2.0 feed. You can leave a response, or trackback from your own site.