Mums’ Friendships Going Down The Toilet With Potty Training

One in three mums has fallen out with someone over how to raise their children, a study has revealed. 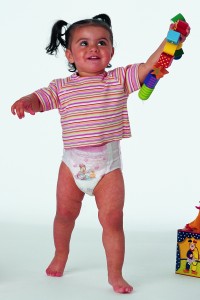 The study of 2,000 mums found that they’ve argued with close relatives, other mothers and even complete strangers following a comment or remark on how they should bring up their children. But mums are most likely to fall out with their own mother followed by their partner, mother-in-law and friend.

Potty training was found to be the most common cause of the rows, while behaviour, growth and their child’s eating and sleeping habits were other touchy subjects.

For almost a quarter of mums the arguments were so serious they even stopped talking to the other person, with almost one in ten admitting it was at least six months before they put it all behind them and made up. 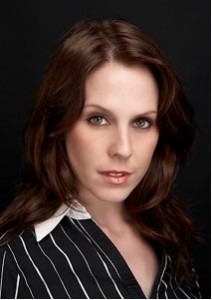 Emma Kenny, Child Psychologist and spokesperson for Pull-Ups®, the potty training experts who commissioned the study, said: “For many mums it can be difficult to hear comments about how their child isn’t doing something by a certain age, or isn’t behaving in a certain way.

“Not only does it raise concerns that there might be something wrong, but it could also indirectly criticise the mother by implying that she isn’t doing a good enough job.

“It’s therefore not surprising to find out that so many mums have got into a row with someone after they have made an off-the-cuff remark about their offspring.

“Many of the comments will often come from other people comparing the child to their own, or someone else’s, but it’s important to remember than all youngsters develop at different speeds. For example, when it comes to potty training some children can be dry during the day at the age of two when others can be closer to four years of age. What’s normal for one child might be completely different for another.”

As well as highlighting the actual fall outs mums are having, the study also revealed mother-in-laws are the most common culprits for dishing out unwanted advice.

While some mums said they were able to take the comments on the chin, one third admitted they get very defensive whenever someone says something about their child’s development. Over half of them were left feeling down and upset by the remarks and some felt so troubled that they ended up speaking to a doctor or health visitor.

Top 10 remarks to mums about their children

2. When my child was that age, they were walking, talking etc

3. Your child is very boisterous

4. They should be talking more by now

5. They should be sleeping through the night by now

6. You shouldn’t give them a dummy

8. They should be walking by now

9. They should be crawling by now

10. They should have given up their dummy by now.

Tags:  baby baby crying baby essentials baby massage baby photography baby sleep eco-friendly baby products potty training
This entry was posted on Monday, June 25th, 2012 at 10:05 am and is filed under Baby & Toddlers, Blog, Parenting Skills. You can follow any responses to this entry through the RSS 2.0 feed. You can leave a response, or trackback from your own site.