Traditional names are trending at the moment. Forget the cool sounding Coco and Kai and expect to see more names like Mabel and Stanley on the birth records. 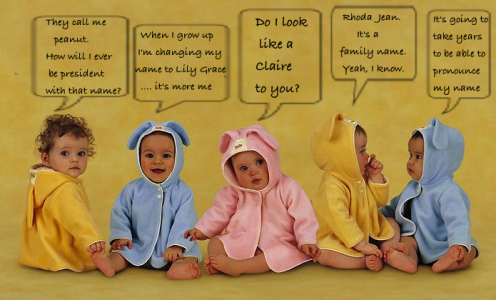 On Monday 22 July 2013 the British nation welcomed the Prince of Cambridge – third in line to the British throne. The Duke and Duchess of Cambridge had not yet decided on a name until a couple of days later when the palace announced the royal baby was to be named George Alexander Louis. Of course, the new Royal baby was bound to have a very traditional name – one that ran in the Royal House of Windsor. Can you imagine if William and Kate had decided to call their firstborn Finley or Logan?!

Only a few years ago, their choice for George would have been seen as old-fashioned and stuffy. While parents were calling their offspring names such as Jack and Olivia, the Royal family were pitied for only having a small pool of names to choose from. In fact, the Queen’s eldest grandson, Peter Phillips, and wife Autumn followed the trend for hip and bohemian names and called their daughters Savannah and Isla. Would Peter and Autumn’s choice be so far away from Royal tradition had Peter been closer in line to succeeding the throne? It’s unlikely. 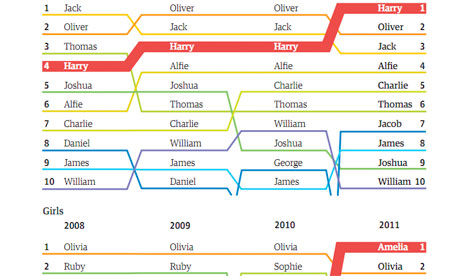 Old-fashioned names, however, are making a big comeback. William and Kate are on trend because classic has replaced cool as more and more parents are opting to name their tiny tykes with traditional names popular in times gone by. The days of the weird and wacky or oddly spelled baby names has waned in the past couple of years. At the moment classrooms are filled with children called Chanel, Teenah, Peeta or Dalston. But it won’t be long before school registers will be filled with a list of names such as Alexandra, Beatrice, Felix and Richard.

A handful of the top baby names from the Victorian era through to the 1920s are already trending thanks to celebrity parents. Popstar Lily Allen were baffled her fans when she and husband, Sam Cooper, named their first daughter Ethel Mary. Bruce Willis named his fourth daughter Mabel, a name that’s a stark contrast to the names he gave his three daughters with Demi Moore – Rumer, Scout and Tallulah Belle. Myleene Klass publicly announced that she would be shunning celebrity baby names such as Halle, Rhianna and Madonna. In the end she went for the classic Ava and Hero Harper for her two daughters. 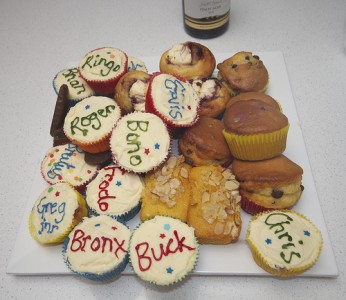 In the past, when it came to naming new-borns, parents chose a name that had a long family tradition and had been passed down through ancestors. Today parents are reviving that family tradition and naming their children after a much loved member of the family so their name lives on. Popular culture and fashion trends play a huge part in prompting a change in baby names. The return of ITV’s ‘Downton Abbey’ could inspire mamas-and-papas-to-be to name their children daughter Sybil or son George.

Names are something you carry through life and although it’s a private choice for the parents, it’s something everyone has an opinion on. Trends in baby names come and go but the classic ones will always remain and they look set to grow in popularity. While some parents are still opting for wild others want good, strong, timeless names – nothing too modern or quirky that will go out of fashion but a traditional name that has stood the test of time.

Nina graduated with a 2:1 BA degree in English from De Montfort University. She went on to do a Masters in Children’s Literature at Roehampton University, completing a 20,000 word dissertation on the Moomins. Her writing work has been published in both print and online publications including Prima, EasyLiving.co.uk, The London Word and Running In Heels.

With a passion for reading, Nina can often be found rummaging through boxes of books in independent bookshops, charity stores and car boot sales. Her favourite writers include Tove Jansson, Daphne du Maurier, Gabriel Garcia Marquez and Neil Gaiman. She’s currently working on her own idea for a children’s novel typing the drafts on her vintage typewriter.

Tags:  Baby Names retro Traditional Vintage
This entry was posted on Thursday, September 26th, 2013 at 9:10 am and is filed under Baby & Toddlers. You can follow any responses to this entry through the RSS 2.0 feed. You can leave a response, or trackback from your own site.