Around the World with My Two Year Old

I have just returned from a once in a lifetime trip with my toddler. We went on safari, met moustached mariachis, rode in a hot air balloon and even flew a helicopter. Tired but happy, we are both full of memories that will be with us for a long time. All this was accessible after just a two-hour drive from London: the trip we went on was to Legoland, Windsor. 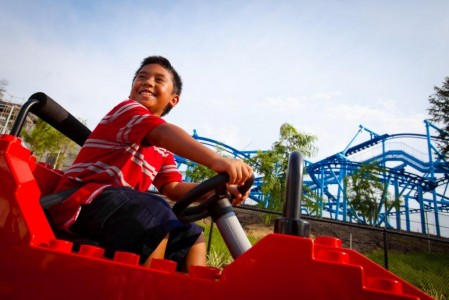 Like all the best kids’ entertainment (Shrek, The Muppets and Winnie the Pooh all come to mind), Legoland appeals to adults just as much as to children. In fact, on our trip, we saw plenty of grown ups with not a little one in sight. As we checked into the newly opened and highly recommended resort hotel, I felt a tingle of excitement that I had not felt since arriving at the Treasure Island Hotel in Las Vegas. 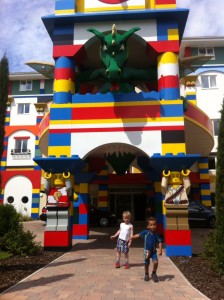 While my son and his best friend jumped joyfully into the lego pit in reception, I was given our park tickets for the day as a member of staff stored our luggage (check in is not until 3pm but staff will helpfully allocate your room on arrival and look after your bags until then). We raced up the stairs only to land on a loud whoopee cushion embedded in the carpet, causing loud giggles.

This is one of the aspects that really strikes you about Legoland – the extraordinary attention to detail – so that there is almost never a dull moment, not even for adults. ‘Look at you, you are beautiful!’, a voice cooed as we walked into the toilets; in the Skylounge bar, mini lego figures were delicately embedded in the wall as if in an art gallery, and in the restaurant the chips are comically shaped as lego bricks. 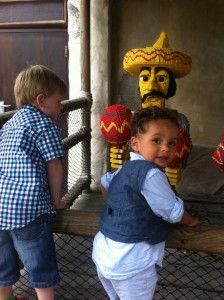 I was as excited as a two year old to be here so my little boy and me raced off to experience the best the park had to offer. We headed first to Miniland, one of the most traditional attractions, which contains the greatest concentration of lego bricks in the whole resort. A staggering 40 million pieces have been fashioned into landscapes from around the world. I loved the London scenes although for me there was a little too much of Scandinavia and the USA and not enough of the rest of the world.

Nonetheless, Legoland is an education – not only in geography but physical skills. As we arrived at the fire academy we were told with compelling urgency: ‘Lego city is on fire’ and instructed on how to jump in a fire engine, drive it towards a ‘burning building’ and put out the fire with a hose before returning the vehicles back to base. Similarly, at the driving school, little ones listened intently as they were briefed about the importance of wearing seatbelts in a car and how to steer and accelerate before being presented with their very own driving licence to mark their achievements. 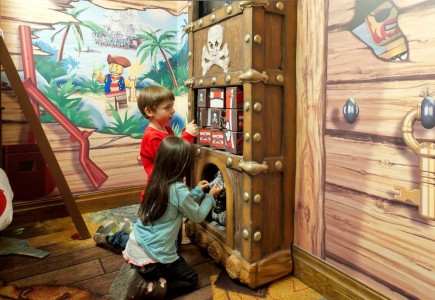 Brimming with new-found confidence my small son and his best friend made their way to the helicopter rides where they each (accompanied by their mothers, admittedly) managed to fly their choppers with real skill, despite some rather abrupt moves that left the adults a little jarred. So we made our way to something altogether more gentle: The Fairy Tale Brook. Floating downstream in a giant lily pad, we passed all our favourite fairytale characters – all made of lego and some of which spoke out loud – accompanied by an enchanting and restful soundtrack. 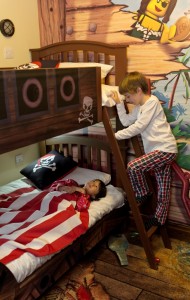 If this all sounds idyllic – it is, but it is worth bearing some practical considerations in mind to make the most of your trip. If you have little ones with you, there will be some rides that they are not allowed on, so check before you queue. As one of the UK’s most popular attractions, Legoland inevitably gets crowded during school holidays and at weekends so do try to avoid these times. I would really recommend staying at the newly opened hotel to make the most of the resort as guests get to visit the park before the crowds arrive and once they have left and do plan your visit as there is a lot to do and you may find one day is not enough.

I am a travel writer with a toddler. I love good food, luxury travel and spending time with my son and believe I should be able to do all those things at the same time. A sometimes surprisingly radical proposition in the UK and even in London! Yet, I am waging my own personal battle to uncover quality places to eat and stay that I and my small boy can really enjoy together. As a result, I have found some real treasures that I want to share with you.

This entry was posted on Wednesday, August 29th, 2012 at 9:37 am and is filed under Attractions, Baby & Toddlers, Blog, Travel with kids. You can follow any responses to this entry through the RSS 2.0 feed. You can leave a response, or trackback from your own site.