London children are so aware of what happens all the time. The challenges of living in such a multicultural environment make them really special. Child reporters from Kidzcoolit.com Kids Club in collaboration with London Mums magazine have quizzed Mayor Of London Boris Johnson on issues ranging from managing a big city like London, his aspirations as a child and his ambitions to become a Prime Minister, speaking foreign languages and which superhero he would like to be. This light-hearted honest interview is probably the most genuine Boris has ever given. Enjoy!

This is a transcript of the interview which you can read in the letter Boris wrote to the children.

Q: What made you want to become Mayor? Sophie, age 7

I live in London and I love this city but there are things I want to improve. I wanted to become its Mayor as I believed that it would be a fabulous platform to change London for the better and for it to be the ‘best big city in the world’.

Being Mayor of London is the best job in the world. It is a very, very difficult job and a very, very big job – but the best job. No two days are the same and I am very lucky to have been elected by the people of our wonderful capital. I plan to continue working to make London the greatest city on earth right through my Mayoralty, which ends in May 2016.

There are over eight million people living in London, making it the biggest city in western Europe. It is part of my job to ensure that London is a safe, clean city for everyone to live in, work in and visit, and to ensure there is a great public transport system for everyone to use. I am very privileged to hold this position.

I can’t remember why but when I was at school I wanted to be an international grocery tycoon. 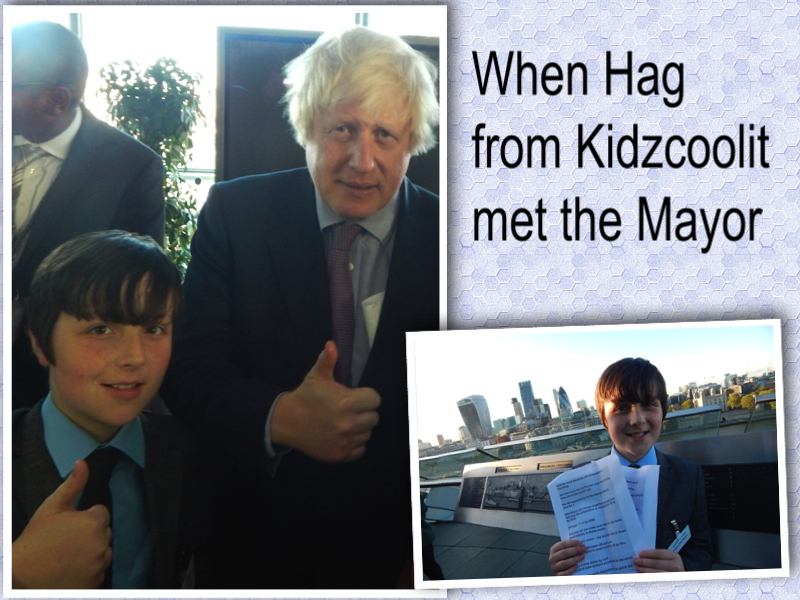 Q: Can you speak all the languages of all the people that live in London? Joseph, age 9

London is a fantastically diverse city with over 300 languages spoken, so sadly I am unable to speak them all. However, I can speak some of the European languages like French and Italian very well.

Q: Do you want to be Prime Minister one day? Con, age 7

I was very fortunate in May’s General Election to be elected as Member of Parliament for Uxbridge and South Ruislip. It has been a privilege to serve Londoners for the last seven years, and I am delighted to be able to continue doing so.

As well as representing my constituency, I will continue to serve all Londoners as Mayor until May 2016. We have a massive programme of work in train – from putting in new bridges and tunnels across the Thames, creating more pocket parks, spreading the London Living Wage and regenerating yet more of London.

Q: If you could be a superhero for a day which one would you be and why? Sophie, age 7 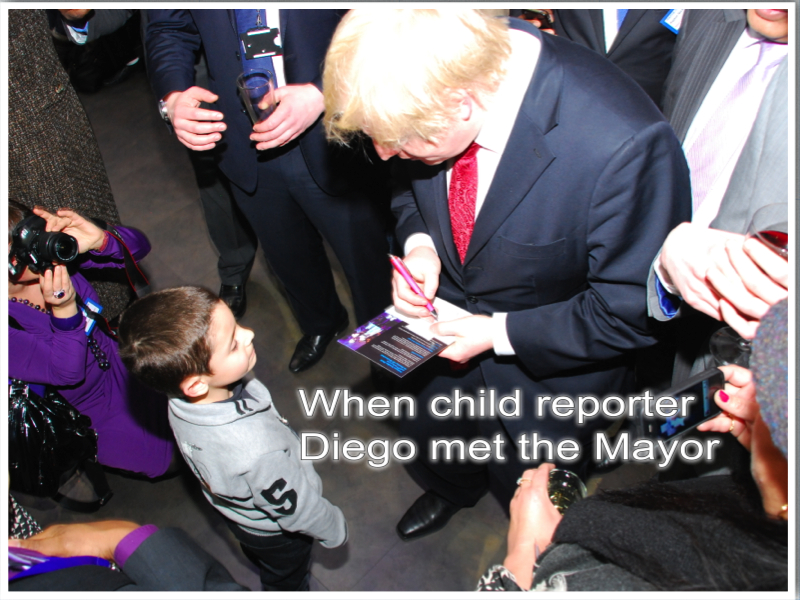 This entry was posted on Tuesday, June 9th, 2015 at 11:11 am and is filed under Kids Club. You can follow any responses to this entry through the RSS 2.0 feed. Both comments and pings are currently closed.