I love Dennis the Menace and I was honoured to interview Steven Butler, who has just published Bash Street Bandit, the fourth instalment in his diary series, and World Menace Day, a story written just for World Book Day 2015. Steven is really good fun and his answers are hilarious. Enjoy! 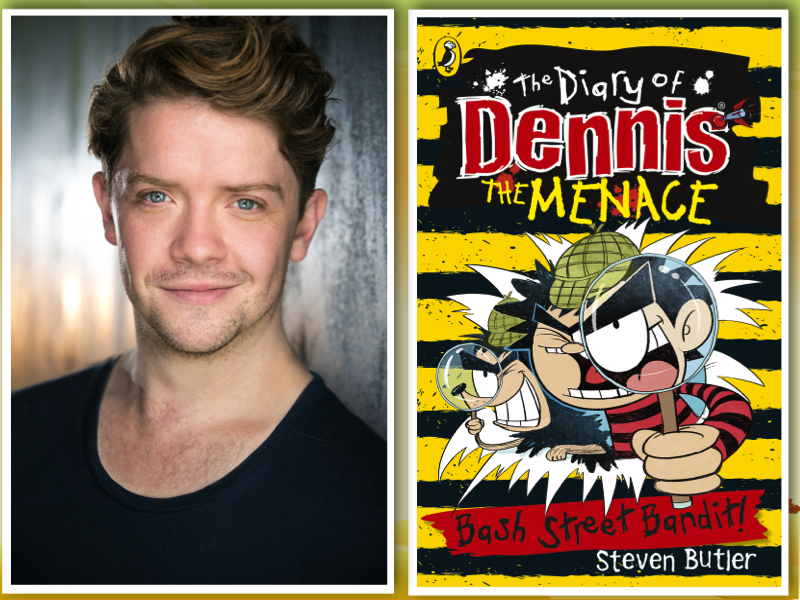 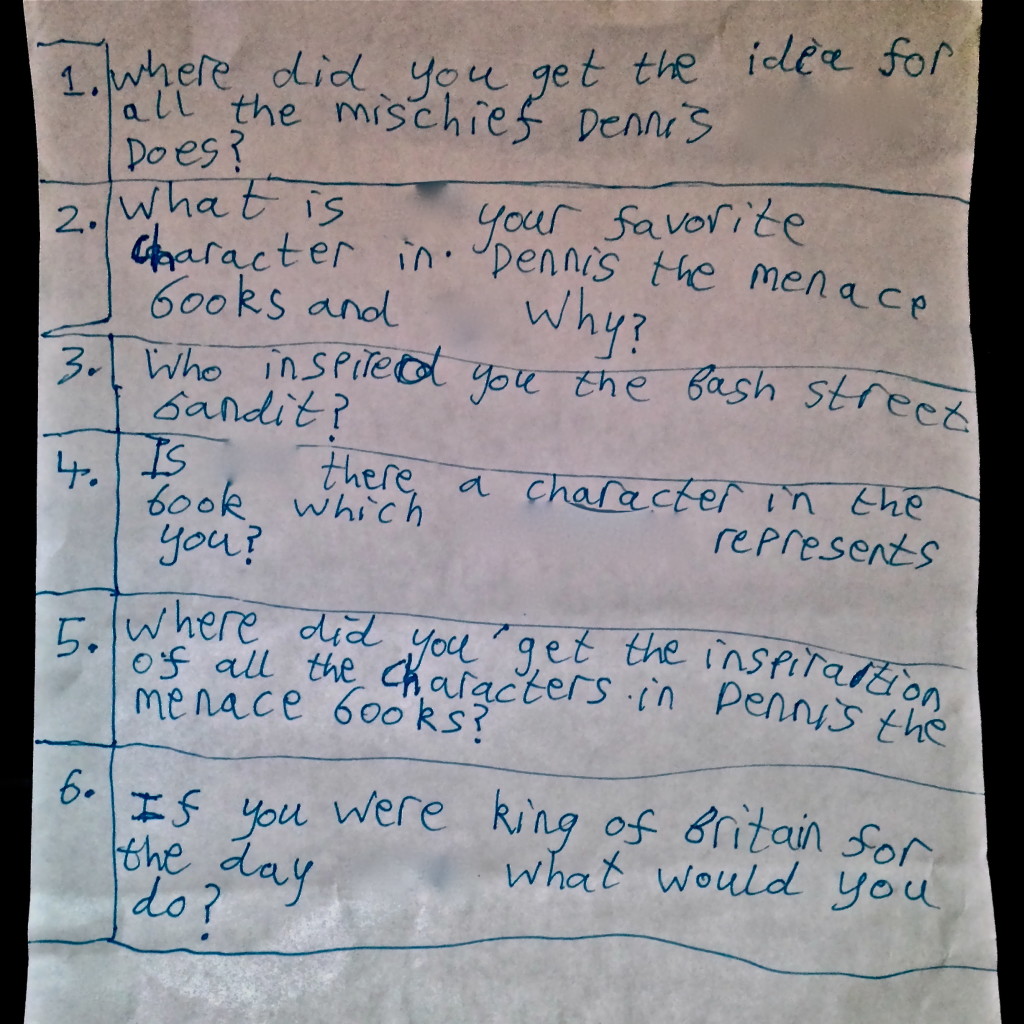 Q: Where did you get the idea for all the mischief Dennis does?

SB: I get my ideas for Dennis’s mischief from lots of different places. Some of it is based on naughty things I did as a child, while other bits I’ve thought up or been told about by friends and family.

Q: What is your favourite character in Dennis the Menace books and why?

Q: Who inspired you the Bash Street Bandit?

SB: I love mysteries and wanted to write a whodunnit for Dennis to solve. I thought the Bash Street Bandit would be the perfect villain for one of my books.

Q: Is there a character in the book which represents you?

SB: There are definitely little bits of me in Dennis’s personality, but I suppose I’m a bit like Walter as well. I think I have a few traits from every Beanotown character… EVEN MRS CREECHER! 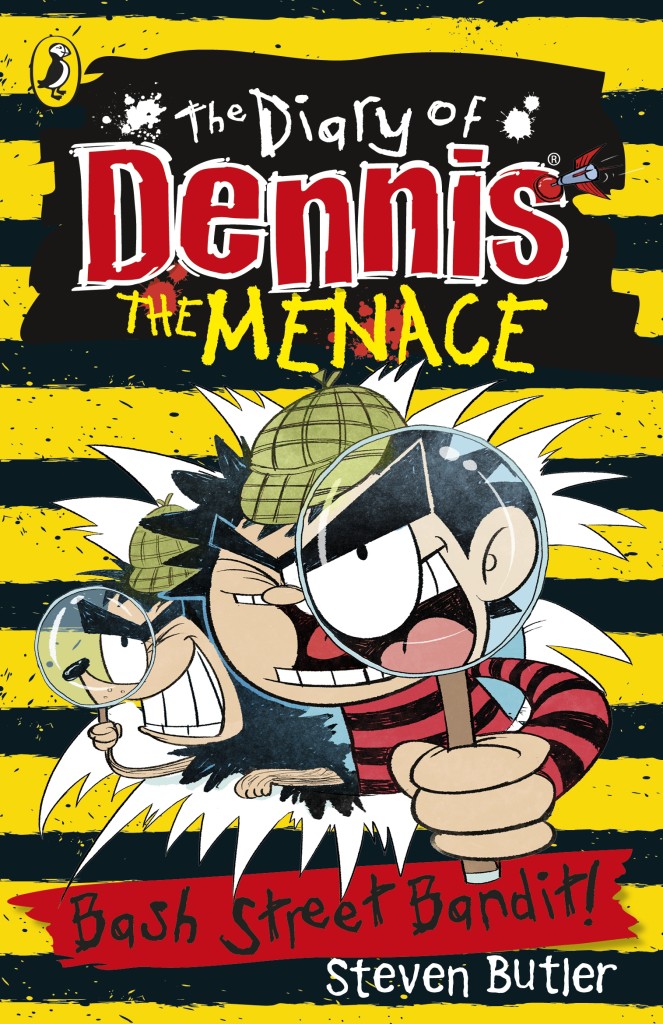 Q: Where did you get the inspiration of all the characters in Dennis the Menace books?

SB: I was lucky enough that The Beano has been zooming along since long before I was born, so I get to take characters that were already in existence, play with them, and make them my own.

Q: If you were King of Britain for the day what would you do?

SB: If I were the king of England for the day, I’d arrest anyone who dropped litter on the pavement and make them wear t-shirts that say “I’M A BUM-FACE!”

To celebrate World Book Day and The Diary of Dennis the Menace book, the Beano has released an exclusive video full of the kind of mayhem we’ve come to expect from Dennis. Take a busy street or a quiet library and a book… then add ninjas, skate boarders, gorillas and a marching band for guaranteed mischief!  Take a look at this funny video on the Dennis the Menace and Gnasher YouTube channel 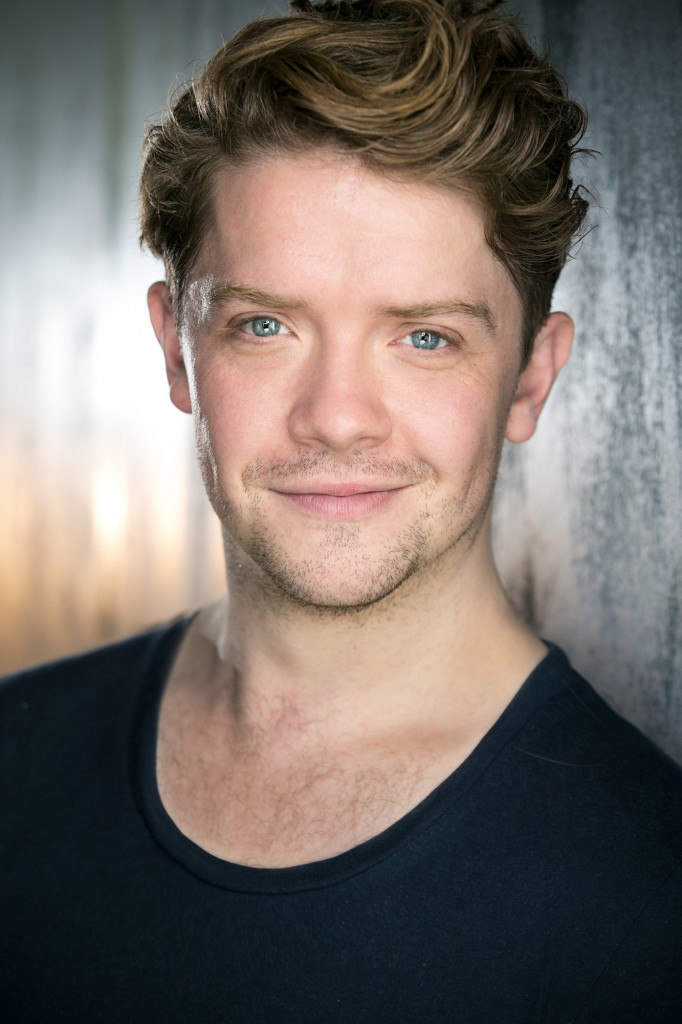 A little bit about Steven Butler

Steven Butler is an actor, dancer and trained circus performer, and has been a fan of The Beano since childhood.  He has appeared in the Wizard of Oz in London’s West End and was previously Henry in Horrid Henry Live and Horrid! His primary school headmaster was the fantastically funny author Jeremy Strong. Steven’s first novel, The Wrong Pong, was shortlisted for the prestigious Roald Dahl Funny Prize in 2009. Becoming a master of menace is not easy. The Diary of Dennis the Menace series gives readers inside information on every cheeky trick and prank played by The Beano’s iconic characters. In the fourth book in the bestselling series, Bash Street Bandit, Dennis has the ultimate incentive to pull off some of his most outrageous menacing yet…

What am I saying? No one out-menaces Dennis! With my super secret-agent detective skills I’m going to find out who this Bash Street Bandit is… and prove to everyone once and for all who is the most menacing menace in all of Beanotown!

Also, look out for The Diary of Dennis the Menace: World Menace Day (£1 World Book Day Book) throughout March 2015.

This entry was posted on Sunday, March 15th, 2015 at 11:00 am and is filed under Kids Club. You can follow any responses to this entry through the RSS 2.0 feed. Both comments and pings are currently closed.