Families and children of all ages are invited to join some of Britain’s top children’s authors for a magical half hour of Storytelling beside the Tiffany Christmas Tree during this year’s season of Skate at Somerset House, presented by Tiffany & Co., which will run from 3 December 2011 to 22 January 2012. Skate at Somerset House runs from 22 November 2011 – 22 January 2012. 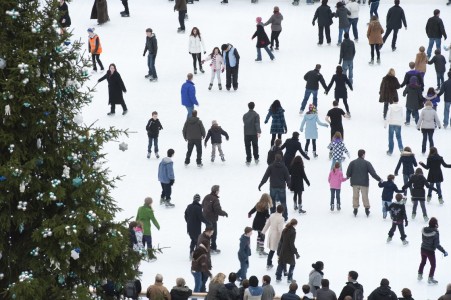 Tickets are available from www.somersethouse.org.uk

The series begins with a charming story especially written for the season at Somerset House, where this year’s Tiffany Christmas Tree is covered with beautiful animal characters. In the story, a magical carousel comes to life in New York’s Central Park….. 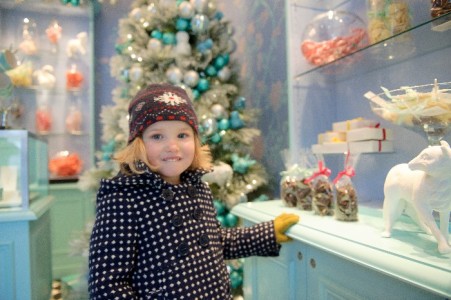 Skates, spins and sequins – join Kay Woodward as she talks about and reads from her popular Skate School series. Frankie is talent spotted at her local ice-rink and whisked away to train for the Winter Olympics – fun, friendship and rivalry collide at, quite literally, the coolest boarding school on earth. Kay Woodward is the successful author of over 25 books for children including the Flower Fairies and Shoebox Zoo series. When she wrote the Skate School series she spent some time on the ice: “I managed a whole hour of crossovers WITHOUT FALLING OVER and I see no reason why I shouldn’t have the triple Axel sussed by 2032!”.

Join Sue Mongredien for tales of magic, mystery and monsters from the enchanting Oliver Moon series. Oliver Moon is the hardest working junior wizard at Magic School. He’s smashing at spellcraft, tip-top at toad training and skilful at skull football, but the thing he likes most is Christmas – sledging with his best friend, Jake and eating loads of yummy minced eyes! Sue Mongredien has published over 100 children’s books.

Multi award-winning author and artist, Chris Wormell, reads from some of his best-loved stories featuring beautiful watercolour illustrations including Two Frogs, Molly and the Night Monster, One Smart Fish and The Little Stone Rabbit. 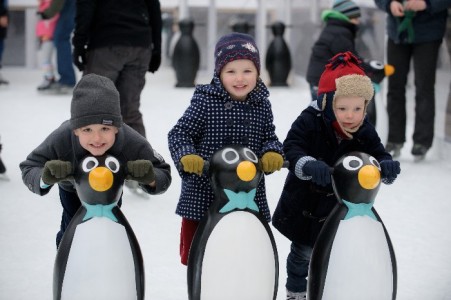 Presenting Penelope Jones, or Penny Dreadful to her family. Poor Penny really is not very dreadful – it’s just that disaster, drama and destruction seem to follow her around! Take cover as Joanna Nadin shares tales of mischief-making and mayhem from the hilarious Penny Dreadful series. Joanna’s first book in the Penny Dreadful series, Penny Dreadful is a Magnet for Disaster has been shortlisted for the 2011 Roald Dahl Funny Prize. Before becoming a writer she was a lifeguard, a newsreader on the radio, and Special Adviser to the Prime Minister.

All the storytelling sessions are free. The sessions run 3.15 – 3.45pm and there is no need to book. Authors will be on hand to sign books and meet visitors after each session. Presented in association with Usborne Publishing and Random House.

Special Early bird offer: £7.50 for selected morning sessions for all ages across the season.

This entry was posted on Tuesday, November 8th, 2011 at 1:41 pm and is filed under Blog, Central London, Events. You can follow any responses to this entry through the RSS 2.0 feed. You can leave a response, or trackback from your own site.