HENLEY FESTIVAL, the UK’s most glamorous boutique festival, returns to its stunning setting along the river in Henley-on-Thames from 6th – 10th July 2016 with tickets going on sale to the general public on Thursday 25th February 2016 at 10am. The line up of stars include ELTON JOHN & HIS BAND, BLAKE & DAME SHIRLEY BASSEY, ELVIS COSTELLO & THE IMPOSTERS, BRYN TERFEL & WNO ORCHESTRA, WILL YOUNG, RONNIE SCOTT’S, AL MURRAY. TICKETS ON GENERAL RELEASE AT 10AM ON THURSDAY 25TH FEBRUARY 2016. 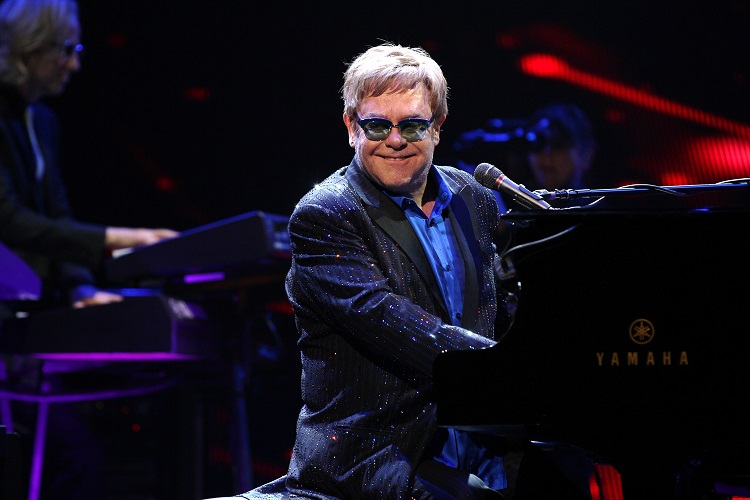 As one of the most decorated and recognisable names in British music, we are delighted that Elton John and His Band will open Henley Festival 2016 on Wednesday 6th to a sold out audience, whilst one of Britain’s greatest-ever entertainers Dame Shirley Bassey will be teaming up with Brit-Award winning vocal group BLAKE on Saturday 9th. 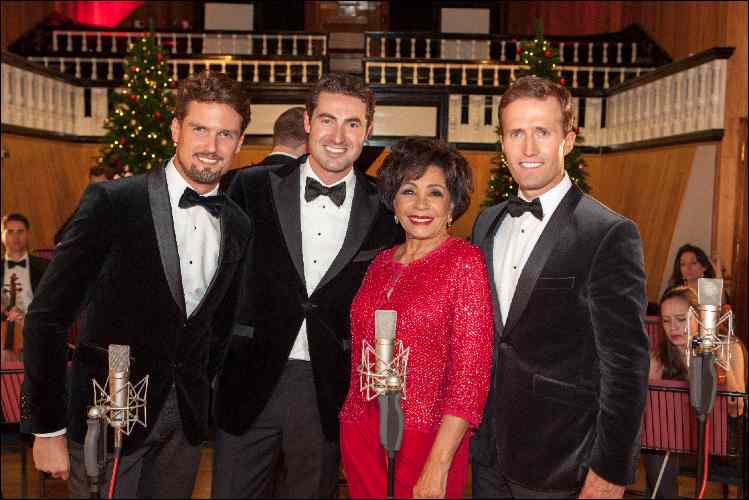 Legendary multi award winning singer song writer Elvis Costello & The Imposters will keep the party going on Thursday night when they take to the floating stage. Friday night will see the festival return to its classical roots with legendary Welsh Opera singer Bryn Terfel performing with the Welsh National Opera Orchestra. Finally everyone’s favourite singer-songwriter Will Young will bring Henley Festival to a momentous close on the Sunday night.

One further act headlining the festival on Saturday 9th July is yet to be announced. 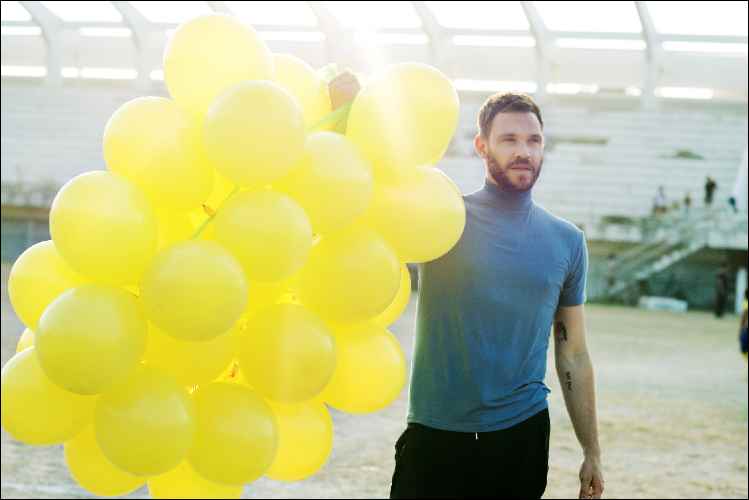 Brand new for 2016, legendary jazz club Ronnie Scott’s will be making the festival their home for the full five days. Festival goers will be treated to the full Ronnie Scott’s experience, seated at cabaret style tables they will be able to watch performances by the stellar Ronnie Scott’s Allstars under the guidance of Jazz maestro James Pearson while waiters discretely serve cocktails and show stopping food.

Also hugely exciting for 2016 is the arrival of the New Music Stage featuring 10 of the brightest names in new music. Taking over the newly erected big top, Henley Festival will showcase up and coming talent with a five day programme of unsigned acts taking place before the floating stage performance each night.

Legendary nightclub Heaven will be bringing their sister club Pure to the festival, kicking off the dancing each night as soon as the headline act finishes on the floating stage

Our BIGGEST COMEDY line up yet!

Shaking up its festival format for 2016, Henley will be bringing a programme of red hot British comedians to the festival, quadrupling Henley Festival’s comedy bill in size from previous years. We are hugely excited to be announcing Al Murray, Reginald D Hunter, Nina Conti, Dillie Keane, Richard Herring, Adam Kay, The Boy with Tape on His Face, Hal Cruttenden and Simon Evans as some of the biggest names on the line up of 20 comics who will keep crowds entertained each night at the festival.

For the 2016 festival, Michelin starred chef Daniel Clifford will be taking the reins of Europe’s biggest field restaurant, creating a bespoke tasting menu exclusively for Henley, serving 950 covers a night at the Riverside Restaurant. Daniel Clifford’s astonishingly creative, flawlessly executed dishes focus on purity of flavour and reverence for ingredients. He was AA Chefs’ chef of the year in 2015 and his restaurant ‘Midsummer House’ in Cambridge holds two Michelin stars, garnering widespread acclaim and cementing his reputation as one of the best chefs in Britain. 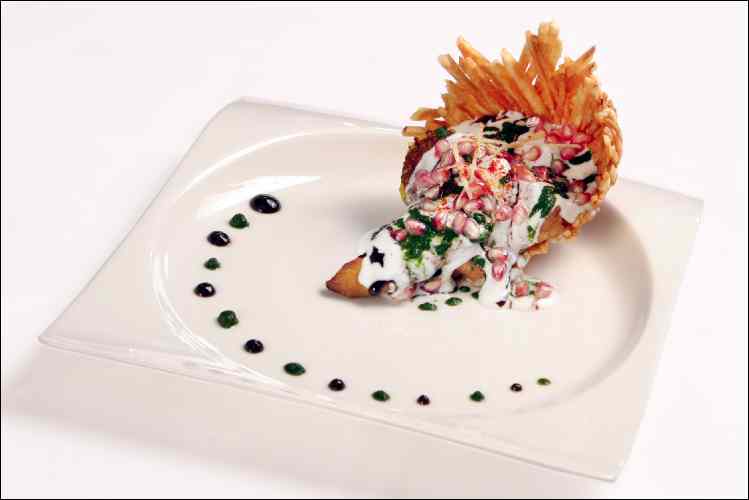 For festival goers who prefer to eat on the go, there are plenty of other food options. Ronnie Scott’s will offer superb steaks, Ronnie style burgers and gorgeous fish pie with a fine dining twist. A stalwart of the festival, Paul Clerehugh will be with us throughout the week with his bespoke festival menu at The Crooked Billet, offering fantastic British food using locally sourced seasonal ingredients. Cooking up a storm of authentic Indian food, Hasan & Bashir deliver Northern Thali to hungry festival goers at Spice Merchant Pop-Up. For street food enthusiasts, head to The Top for a diverse mix of cuisine and a never ending banquet of first class food to go.

Legendary events company rhubarb are confirmed as the food partner for Henley Music Festival 2016 and will be managing the catering for the Riverside Restaurant, Ronnie Scott’s, and The Terrace.

Embrace a revelry filled night of the surreal and the beautiful as you encounter Henley Festival’s international collective of street theatre entertainers, cabaret stars, buskers and entertainers.

From deeply silly giant kangaroos to a lifelike family of gorillas, a troupe of hairy angels and a provocative exhibition of hair art, Henley Festival’s enchanting roving troupe of street theatre entertainers interact with festival goers offering delights, surprises and mesmerising performances throughout the festival.

For lovers of cabaret and circus, Henley has teamed up with the UK’s leading circus technology troops to offer a dazzling show of LED lit circus and cabaret performances as part of the all new Digital Cabaret in the brand new Big Top stage. From neon lit flapper girls and fairy dust ballet dancers, to mesmerising digital hoops and jugging displays, fans of La Clique, La Soiree and Cirque de Soleil will not be disappointed! 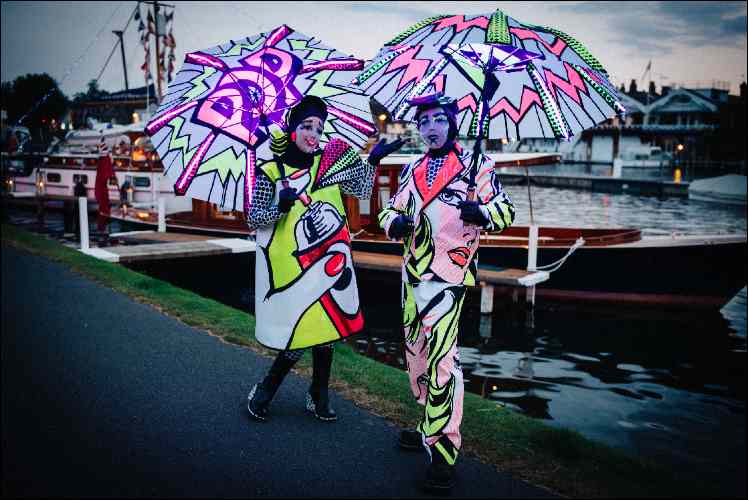 Henley Festival’s visual art offering has grown from strength to strength in the last decade, and the festival prides itself on supporting independent artists and galleries. In 2016 the festival will showcase contemporary art installation and sculpture across the festival site as well as hanging works by leading photographers and painters in a series of pop up galleries dotted around the festival. Artists lined up include installation artists Aether & Hemera, Goldie, Illuminati and sculptors Danu and Dawn Benson.

Not just for grownups, Sunday at Henley festival is Family Day, where kids can enjoy festival site and interact with children’s entertainers, musicians, comedians and street entertainers including Beatbox star Shlomo, comedy from Jay Foreman, and leading circus company, Upswing as well as taking part in crafting sessions and making art, while parents can relax in the stunning festival grounds. 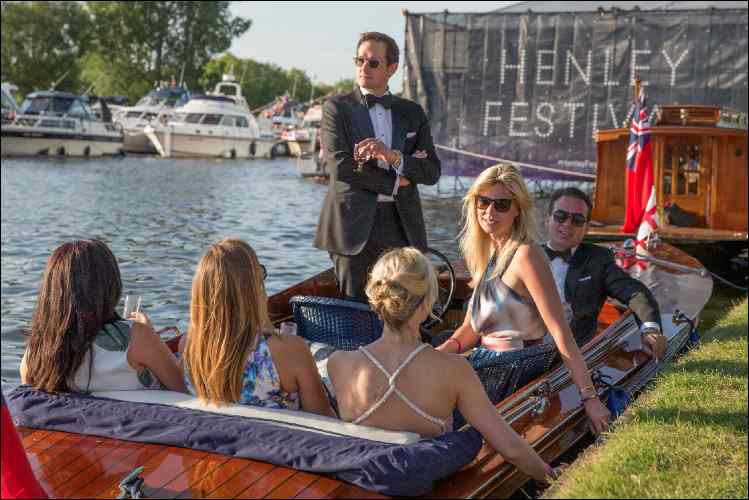 This entry was posted on Saturday, February 13th, 2016 at 11:00 am and is filed under Events. You can follow any responses to this entry through the RSS 2.0 feed. Both comments and pings are currently closed.