The British Academy of Film and Television Arts (BAFTA) has launched BAFTA Young Game Designers 2012, a competition that aims to inspire the game designers and game-makers of the future by giving young people the chance to design and create their own video game and develop it with industry professionals. 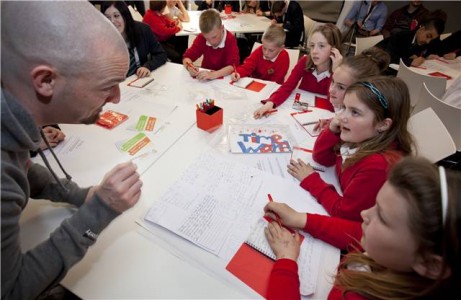 The competition is open to 11-16 year olds and has attracted hundreds of entries from across the UK every year since it began in 2010. This year, for the first time, young people have two ways to enter:

The Concept Award is for those who have an idea for a new game, and can describe the characters, the world of the game, and how it will be played. 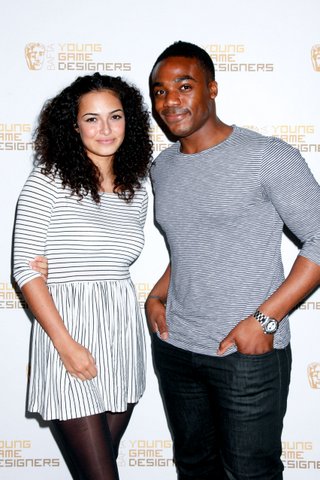 The Game-making Award, presented by Sony Computer Entertainment Europe (SCEE), will suit young people who want to make their own games using game-making software or programming languages. This is their chance to show off their technical skills as well as their creativity.

Young people can enter one or both categories, either as an individual, as a pair or as a team of three. The top three entrants in both categories will be invited to the British Academy Children’s Awards in November, and the winners will have their game developed with experts from the University of Abertay Dundee, as well as visiting a leading games studio.

BAFTA launched this year’s competition at the Science Museum, London with Hollyoaks actress Anna Shaffer and Newsround’s Ore Oduba, who joined school children for a series of workshops where industry experts revealed how commercial games are made. The event was hosted by TV presenter Nigel Clarke, and speakers included Mark Parry, Senior Designer at SCEE London Studio, Kristian Francis of BAFTA ‘Ones to Watch’ Award-winners Swallowtail, Mark Green, Games Specialist at the Science Museum Group, and Jamie Cason, Game Producer at Miniclip. 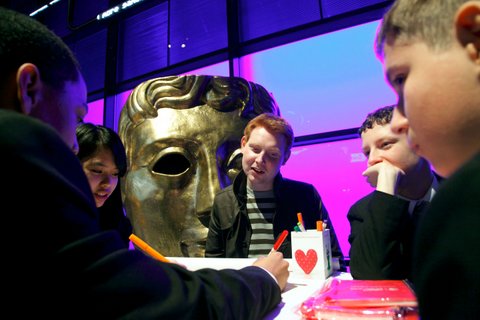 The initiative has also been supported by actor/comedian Ricky Gervais, girl band The Saturdays and actor/presenter Tyger Drew-Honey who, together with Ore and Anna, have recorded a ‘call to action’ film to encourage entries.

The BAFTA Young Game Designers initiative seeks to equip young people with the knowledge, skills and confidence to become the next generation of successful game designers. It aims to demystify the creative process of games development and highlight how key qualifications in areas such as maths, physics and computer science are essential for those wishing to enter the industry.

In 2011 the competition was won by 15 year-olds Noah Shepherd, Louis Scantlebury and Nathaniel Weisberg for their game Rollin’ Scotch. The prototype of their game, re-named Stick ’Em Up, is available for free from the iTunes App Store and Android Market.

Nathaniel said: “It was a great experience and really fun to do with friends. When you first get to see the prototype of your own game, it’s awesome!”

Dan Pearce, a member of the first winning team in 2010, is already planning to study Computer Games Development at university. He said: “The opportunity given to me by BAFTA taught me a lot about game development from all walks of the industry.

“I’m working on three very different projects as a means of further studying the industry and I hope to see them all through within a year from now. I’m managing, I’m designing, and I’m programming. The experience given to me is allowing me to scale each project appropriately and I can’t thank the people who’ve helped me on this journey enough.”

The competition is open to all young people in the UK aged 11-16. The deadline for entries is 22 October 2012. Further details about how to enter, as well as teaching resources and details of workshops around the country, can be found at www.bafta.org/ygd.

A workshop took place at the National Media Museum on Thursday 17 May 2012. An edited version of the workshop can be seen here if parents would like to show their children: ygd.bafta.org/bradfordworkshop

Future workshops are taking place at the following:

Photo credits: The image taken at the Bradford Workshop and the children from Mill Dam School, Pontefract, belong to National Media Museum. The other two images belong to BAFTA. On Tuesday 1 May 2012, BAFTA launched its 2012 competition at the Science Museum, London. Hollyoaks actress Anna Shaffer (pictured above), who also played Romilda Vane in the Harry Potter films, and Newsround’s Ore Oduba joined pupils from Chelsea Academy, Alexandra Park School in Haringey, Hammersmith Academy, and Paddington Academy for a series of workshops where industry experts revealed how commercial games are made.

Tags:  Competition competitions get creative teenagers
This entry was posted on Wednesday, June 20th, 2012 at 10:00 am and is filed under Blog, Competitions, Events, Schooling. You can follow any responses to this entry through the RSS 2.0 feed. You can leave a response, or trackback from your own site.