London Mums has teamed up with Robozuna to give two families the chance to win four ringside tickets to its robot-themed, family-friendly wrestling event this February half-term.

This invitation-only show is taking place in a secret London location on Monday, 17th February, kicking off from noon, so make sure you’re available! 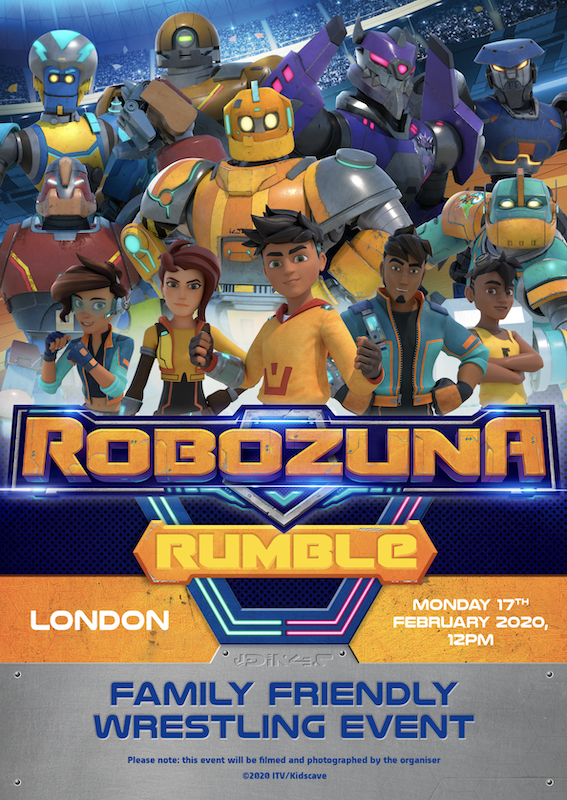 As well as front row seats for the wrestling, the winners will also get the chance to play the newly-launched Robozuna Roblox at a pop-up gaming station, meet the hero of Team Veredus – Mangle the robot – plus loads more surprises to be revealed on the day.

Robozuna is back this month on ITV and CITV with brand new episodes, with the date for the first episode to be announced on Facebook. If you missed season 1, or the first part of season 2, you can catch up on all the action on Netflix.

Set in a faraway universe, ruled by a legion of evil robots, 14-year-old Ariston and his homemade robot, Mangle, must go head to head against Combatabots in order to free their oppressed home.

In their world, you have to be ready to battle, anytime, anywhere and there’s one escape for the masses – Robozuna – the ultimate bot-battling-bot competition!

To enter, simply subscribe to one of the London Mums social media platforms of your choice

and answer the question in the competition form below this post and leave your details before the closing date of midnight on 13th February 2020. Which Robozuna team does Mangle belong to? a. Veredus; b. Virtual; c. Victorious.

This entry was posted on Saturday, February 8th, 2020 at 10:08 am and is filed under Competitions. You can follow any responses to this entry through the RSS 2.0 feed. Both comments and pings are currently closed.