To celebrate the release of the powerful romantic drama, Every Day, in cinemas April 20th, we’re giving you the chance to win a pair of tickets to an exclusive preview screening taking place on April 14th in London! Prepare to have your heart stolen… 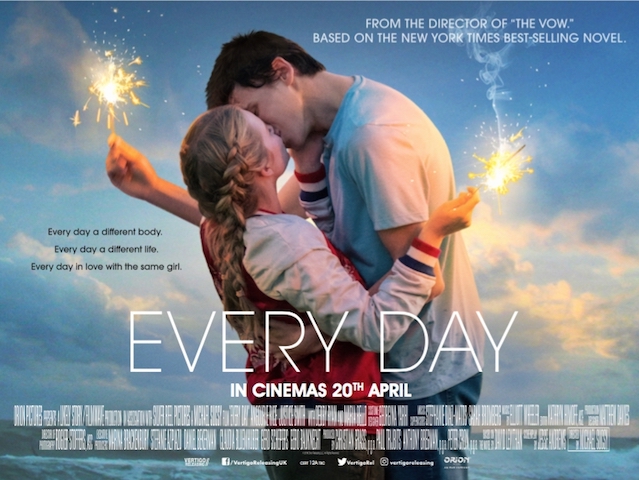 Based on David Levithan’s acclaimed New York Times bestseller, Every Day tells the story of Rhiannon, a 16-year old girl who falls in love with a mysterious soul named “A” who inhabits a different body every day. Feeling an unmatched connection, Rhiannon and A work each day to find each other, not knowing what or who the next day will bring. The more the two fall in love, the more the realities of loving someone who is a different person every 24 hours takes a toll, leaving Rhiannon and A to face the hardest decision either has ever had to make. Starring Angourie Rice (The Nice Guys) alongside Debby Ryan (Jessie – Disney Channel), Justice Smith (Paper Towns) and Owen Teague (IT).

To be in with a chance of winning a pair of tickets to an exclusive preview screening of Every Day on April 14th in London, simply watch the trailer and answer the following question in the competition form below this post:

In Every Day, each day, mysterious soul, “A”, wakes up:

This entry was posted on Thursday, April 12th, 2018 at 4:29 pm and is filed under Competitions. You can follow any responses to this entry through the RSS 2.0 feed. Both comments and pings are currently closed.