To celebrate the release of The Secret Life Of Pets, the hilarious new animated comedy from the humans behind Despicable Me, London Mums are giving one lucky reader the chance to win a children’s play tent!

For their fifth fully-animated feature-film collaboration, Illumination Entertainment and Universal Pictures present The Secret Life of Pets, a comedy about the lives our pets lead after we leave for work or school each day. 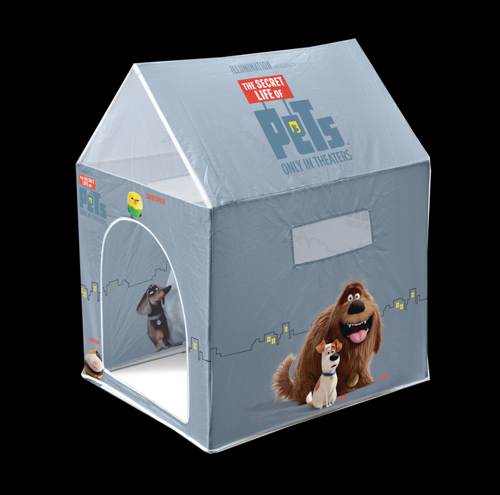 The Secret Life of Pets is in UK cinemas nationwide 24 June 2016.

Here is sweet Lilly (5) from the London Mums Kids Club telling us why she enjoyed the film in her first blog:

For your chance to win The Secret Life Of Pets children’s play tent all you need to do is answer the following question correctly in the competition form below this post by midnight 20 July 2016:

In the film, who provides the voice for furry rabbit Snowball?

As a little help to solve the competition question check out these posts barking mad and vlog.

Check out the trailer below

This entry was posted on Friday, June 24th, 2016 at 11:05 am and is filed under Competitions. You can follow any responses to this entry through the RSS 2.0 feed. Both comments and pings are currently closed.