If you are old enough, you would have grown up with the quirky Ghostbusters soundtrack. To celebrate its special 30th anniversary Blu-ray™ release, London Mums have teamed up with Sony Pictures Home Entertainment to give one lucky winner a children’s Ghostbusters’ costume courtesy of Rubie’s Masquerade Co. UK Ltd , a keyring supplied by Pyramid, and a copy of the Blu-ray (including both movies)!  GHOSTBUSTERS has been restored and remastered in 4K and will be returning to cinemas for one day only across the UK on 28th October 2014. 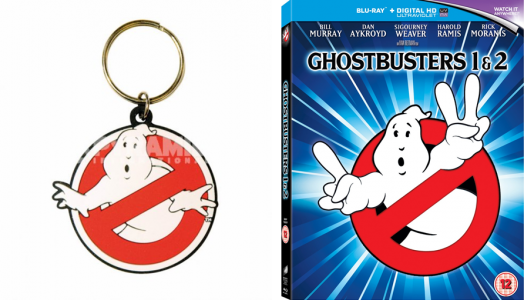 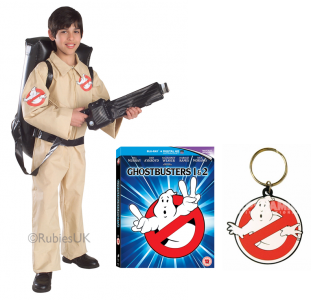 Both the Ghostbusters and Ghostbusters I & II Blu-rays come loaded with exclusive bonus materials, including revealing conversations with director Ivan Reitman and Dan Aykroyd, as well as never-before-seen deleted scenes from the second movie and more. The anniversary edition features the original music video of the Oscar® nominated song by Ray Parker Jr., while Ghostbusters II includes the original music video for “On Our Own” by Bobby Brown. In addition, the Blu Ray of the first movie will contain all previously released legacy content, commentary and an interactive Slimer Mode, offering fans a picture-in-picture graphical viewing experience. 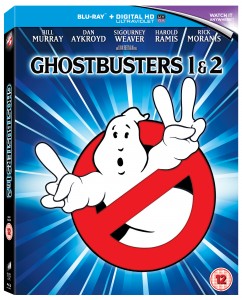 To enter this amazing competition, simply write your favourite Eighties memory in the competition box below this post. Deadline to enter is 10th October 2014.

This entry was posted on Monday, September 15th, 2014 at 7:00 pm and is filed under Competitions. You can follow any responses to this entry through the RSS 2.0 feed. Both comments and pings are currently closed.