Based on the incredible true story of Seretse Khama and Ruth Williams, A United Kingdom stars David Oyelowo and Rosamund Pike and comes to UK cinemas 25th November 2016.

To celebrate the moving love story A United Kingdom we’re giving 1 reader the chance to win a copy of the book Colour Bar, which inspired the film, alongside an “Inspiring Stories” DVD bundle which includes Mandela, Selma and Suffragette, and a signed A United Kingdom poster. 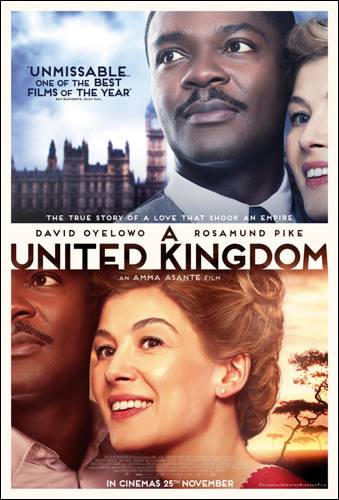 A United Kingdom is based on extraordinary true events. 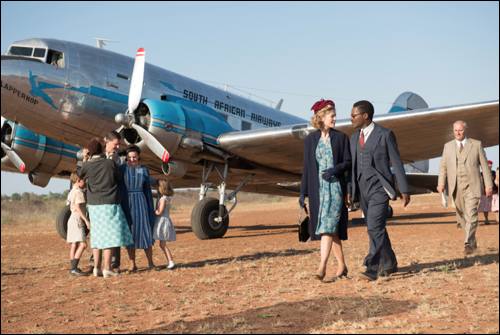 In 1947, Seretse Khama, the King of Botswana, met Ruth Williams, a London office worker. The attraction was immediate: she was captivated by his vision for a better world, he was struck by her willingness to embrace it. 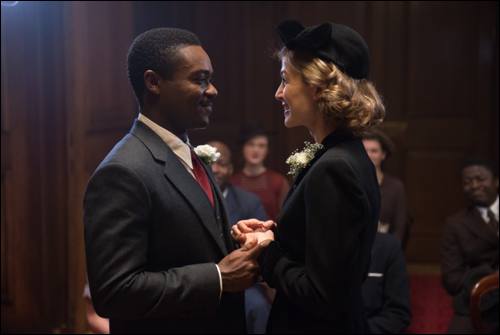 Both felt liberated by the social upheaval that followed the war – Seretse sensed the opportunity for change as the Empire weakened, Ruth saw the possibility for a “bigger life” as women pushed for independence and equality. 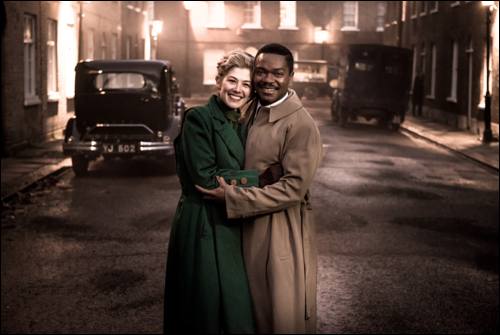 They were a perfect match, yet their proposed marriage was challenged not only by their families but by the British and South African governments. The latter had recently introduced the policy of apartheid and found the notion of a biracial couple ruling a neighbouring country intolerable. South Africa threatened the British: either thwart the couple or be denied access to South African uranium (vital for the British nuclear program) and gold (vital to replenish reserves following the war) and face the risk of South Africa invading Botswana. 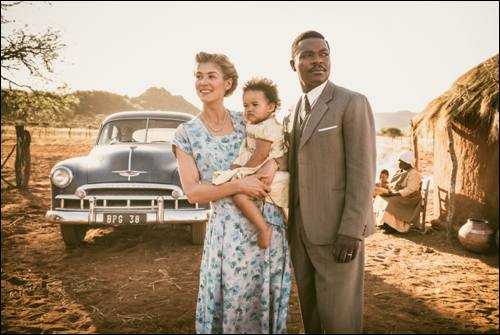 Despite the terrible pressures they faced, Seretse and Ruth never wavered – they fought for their love every step of the way, and in so doing changed their nation and inspired the world.

To be in with a chance to win all you need to do is answer the following question correctly. Deadline to enter in the competition form below this post is midnight on 15 December 2016.

Who plays the role of Seretse Khama in A United Kingdom? 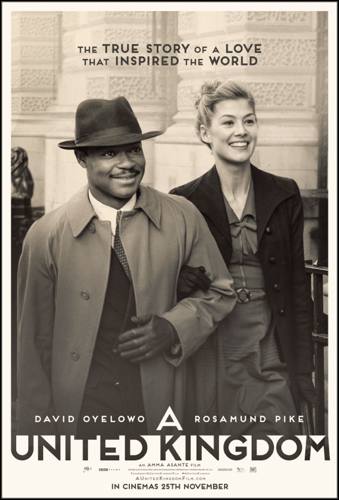 This entry was posted on Saturday, November 19th, 2016 at 7:49 pm and is filed under Competitions. You can follow any responses to this entry through the RSS 2.0 feed. Both comments and pings are currently closed.