Win a THUNDERBIRDS ARE GO Series 3B DVD prize bundle

To celebrate, a London Mums’ reader can win a THUNDERBIRDS prize bundle including three DVDs (S1, 2A & 2B), some TAG face masks, a poster of the S3 Paul Shipper artwork and a notebook. 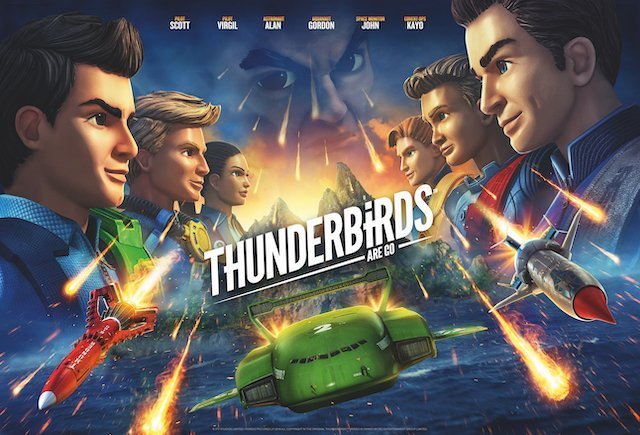 In these all-new epic episodes, the Tracys and their Thunderbirds must go above and beyond to tackle new threats while continuing to rescue those in need. When a mysterious distress signal reaches International Rescue, the whole team must pull together to discover who is behind it. With The Hood and his Chaos Crew continuing to leave destruction in their wake, even managing to commandeer a Thunderbird, the Tracy brothers really have their hands full.

Unwavering in their belief that everyone is worth saving, International Rescue’s missions take them around the world and beyond, from the depths of the Supreme Barrier Reef to the far reaches of space via the streets of London, the caverns of a futuristic holo-game, a snow-covered mountain range and a haunted nuclear facility.

Join us for the most thrilling, emotional and explosive chapter yet of THUNDERBIRDS ARE GO!

For your chance to win this prize, subscribe to the London Mums Youtube channel here and write the name of a movie starring Jennifer Saunders in the competition form below this post. Deadline to enter is midnight 5th July 2019.

This entry was posted on Thursday, May 30th, 2019 at 12:09 pm and is filed under Competitions. You can follow any responses to this entry through the RSS 2.0 feed. Both comments and pings are currently closed.