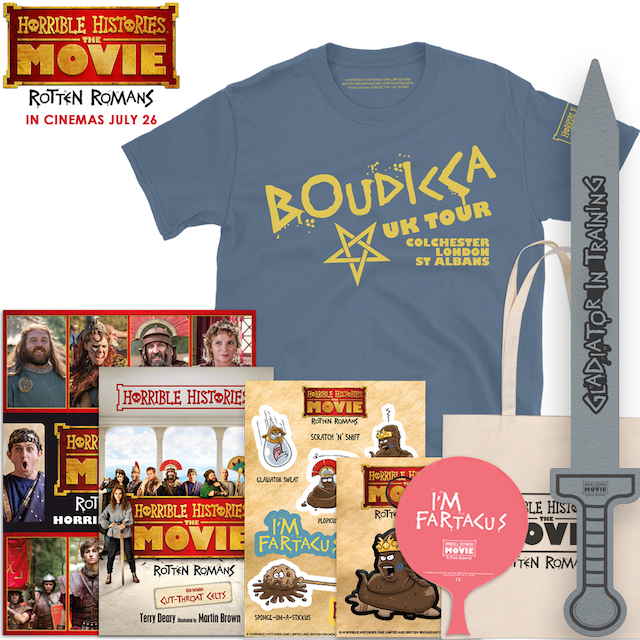 Featuring an all-star cast including Nick Frost (FIGHTING WITH MY FAMILY) as Orla’s father Arghus, Craig Roberts (SUBMARINE) as Emperor Nero and Kim Cattrall (SEX AND THE CITY) as Nero’s mother Agrippina, follow Atti (Croft) is a Roman teenager with brains but very little brawn.  When one of his schemes falls foul of Emperor Nero (Roberts) Atti is forced to join the army and sent to miserable, cold, wet Britain.  Things go from bad to worse when Atti is captured by Orla (Jones), a feisty teenage Celt desperate to prove herself as a warrior.  Meanwhile a furious Nero is determined to crush the British rebellion, led by Boudicca (Nash).  As the Romans prepare for an historic showdown with the Celts at the Battle of Watling Street the two new friends find themselves lined up on opposite sides of the battlefield. 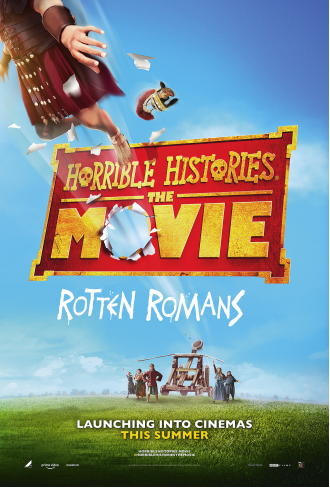 To be in with the chance of winning, subscribe to the London Mums Instagram feed here and just answer this question in the competition form below this post: What is the name of Sebastian Croft’s character in Horrible Histories: The Movie – Rotten Romans?

Deadline to enter is midnight on 15th September 2019.

This entry was posted on Thursday, July 18th, 2019 at 12:10 pm and is filed under Competitions. You can follow any responses to this entry through the RSS 2.0 feed. Both comments and pings are currently closed.