On the 16th October 2015 the magical family adventure PAN hits our screens and to celebrate its arrival, you have the chance to win a PAN-tastic gift bundle, which includes: a DIY map, a Pea Shooter, a Paper boat, hair chalk, a kids’ t-shirt, temporary tattoos (Pan & Tiger Lily), an inflatable sword and a Pan necklace. The incredible fairy tale of Peter Pan comes to life from director Joe Wright (Atonement, Pride & Prejudice) presenting PAN a wholly original adventure about the beginnings of the beloved characters created by J.M. Barrie. Peter (Levi Miller) is a mischievous 12-year-old boy with an irrepressible rebellious streak, but in the bleak London orphanage where he has lived his whole life those qualities do not exactly fly. 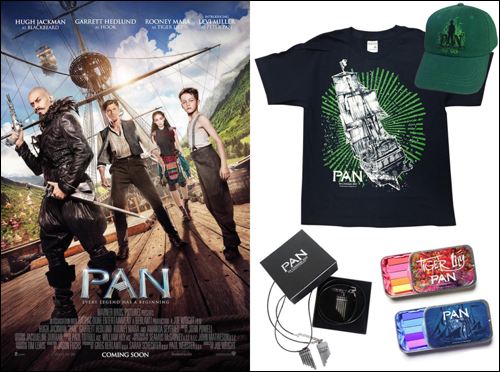 Then one incredible night, Peter is whisked away from the orphanage and spirited off to a fantastical world of pirates, warriors and fairies called Neverland.  There, he finds amazing adventures and fights life-or-death battles while trying to uncover the secret of his mother, who left him at the orphanage so long ago, and his rightful place in this magical land.  Teamed with the warrior Tiger Lily (Rooney Mara) and a new friend named James Hook (Garrett Hedlund), Peter must defeat the ruthless pirate Blackbeard (Hugh Jackman) to save Neverland and discover his true destiny—to become the hero who will forever be known as Peter Pan.

You can read London Mums review of PAN here: 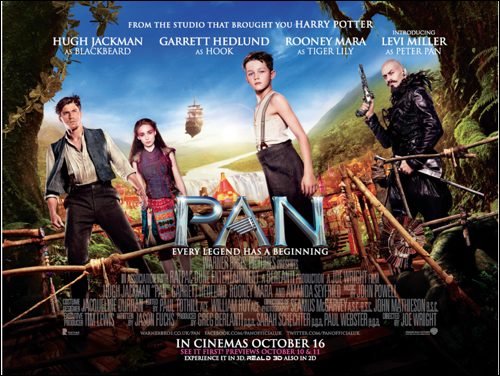 PAN comes to cinemas on October 16th with previews on the 10th & 11th October; ahead of its release we are giving you the chance to win this gift bundle by simply answering the question below.

Question – enter your answer in the competition form below this post:

Pan features this Oscar®-nominated actor as the fearsome pirate Blackbeard. This global superstar is known for his roles in Les Misérables and Wolverine. Name the actor.

This entry was posted on Monday, October 12th, 2015 at 1:00 pm and is filed under Competitions. You can follow any responses to this entry through the RSS 2.0 feed. Both comments and pings are currently closed.