The official World Book Day 2016 £1 books are now available to children across the United Kingdom and Ireland. This year selection includes a new adventure with much-loved pre-school character Kipper; a glimpse into the childhood of master storyteller Roald Dahl; a trip to a galaxy far, far away; and an introduction to the World of Norm. Five London Mums have the chance to win all 10 books by entering this amazing competition. Follow simple instructions below.

For your chance to win one of these book bundles, write the name of the title and author you like the most among the 10 World Book Day 2016 £1 books (Listed below) in the competition form below this post. Deadline to enter is midnight 27th March 2016. Good luck!

Kipper’s Visitor by Mick Inkpen (Hodder Children’s Books)
Kipper has a visitor – a slightly dirty gosling in need of a bath. But the gosling doesn’t say very much. ‘Honk!’ is about all he can manage! Created for World Book Day 2016 and starring the much-loved Kipper, this charming story follows Kip-per and an adorable gosling through a bubbly bathtime. AGE 2+ 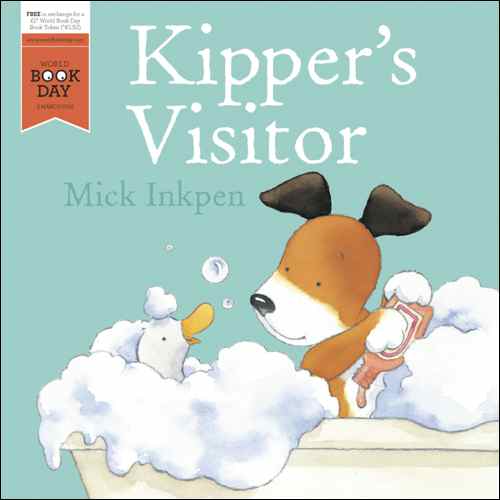 Supertato: Hap-pea Ever After by Sue Hendra & Paul Linnet (Simon & Schuster Children’s Books)
It’s night-time in the supermarket and Supertato is on the hunt for the perfect bedtime story.
But, what’s this…all the books have disappeared! It can only be the work of The Evil Pea!
Can Supertato save the books? Will the supermarket ever get to sleep? Find out in this un-PEA-lievable new adventure.
AGE 5-7 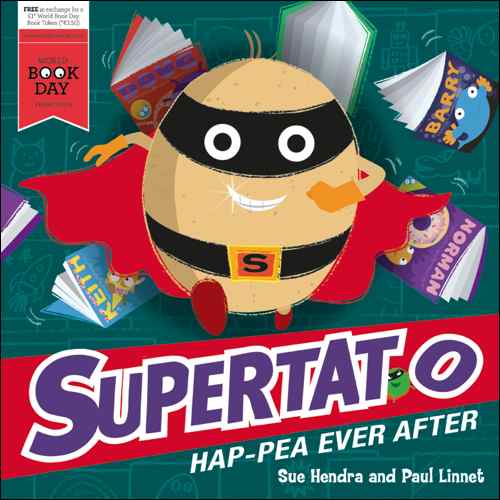 Daisy and the Trouble With Jack by Kes Gray & Nick Sharratt (Red Fox)
Daisy can’t believe it! Mrs Peters is making her sit next to Jack Beechwhistle – the naughtiest boy in the school, and possibly the whole world!
Jack is so mad! Mrs Peters is making him sit next to Daisy Butters – she’s such an annoying telltale! As the lesson goes on, Daisy and Jack think of more and more ways to get one up on each other. Then they both have a brilliant idea! Trouble is, Daisy and Jack might be more alike than they realised…
A funny, mischievous and totally troublesome tale for girls and boys, written and published specially for World Book Day 2016. 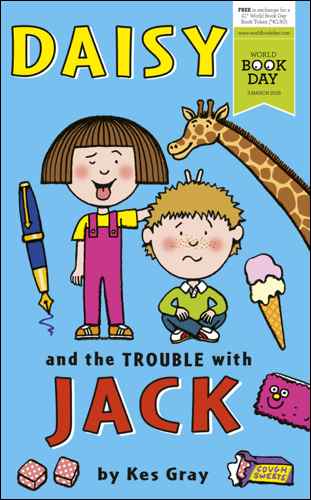 The Great Mouse Plot by Roald Dahl & Quentin Blake (Puffin)
‘You had the idea – so you can be the one to put the mouse in the jar.’ This is a true story. Every day the boy walks past a sweet shop filled with jars of delicious gobstoppers and sticky treacle toffees. But there is one terrible problem. The shop is owned by Mrs Pratchett, a skinny old hag with filthy finger nails. She is so mean that the boy decides to trick her – and he’s got the perfect plan…
Did you know that this boy grew up to become the writer Roald Dahl?
Discover secrets about the World’s Number 1 Storyteller and start your Roald Dahl 100 celebrations in 2016 with this very special World Book Day story!
AGE 7-9 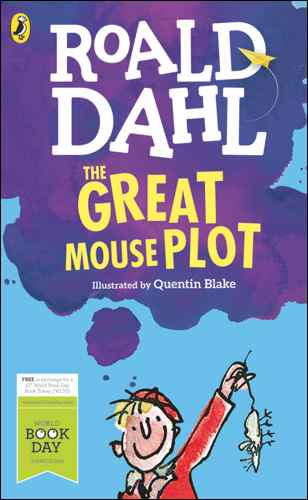 Welcome to the World of Norm by Jonathan Meres (Orchard)
Norm knew it was going to be one of those days when he woke up to find a half-Polish Cockapoo sat on his head. But that’s OK. Because at least there’s biking with his best friend Mikey to look forward to. Or at least there was until Norm discovers he has to stay in and wait for some stupid parcel to arrive. Just as well he hasn’t got two irritating little brothers and the world’s most annoying next door neighbour. Oh wait a minute. He has.
Welcome to the world of Norm?
ABSO-FLIPPING-LUTELY! 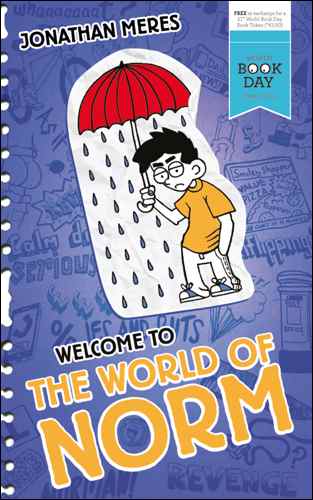 Star Wars: Adventures in Wild Space by Cavan Scott (Egmont)
When their parents are captured by the evil Galactic Empire, brother and sister Milo and Lina Graf must set out on an epic quest to free them. Menaced by Imperial agents, bounty hunters, and gangsters, they will have to travel across the galaxy uncovering clues to rescue their parents and aid the Rebellion in the fight against the Empire…
AGE 9+ 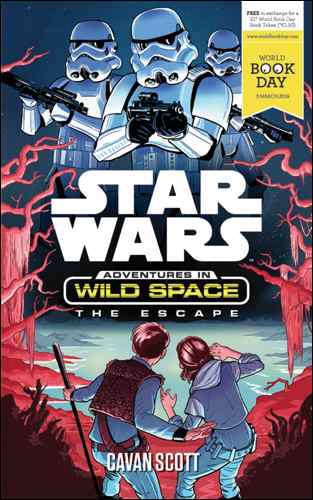 The Boy Who Could Do What He Liked by David Baddiel (HarperCollins)
Alfie has a routine. To be honest he has a lot of routines.
But then one day Alfie’s babysitter is unavailable, and Alfie’s parents get Mrs Stokes instead. Mrs Stokes doesn’t do routines. Instead she just tells Alfie to do what he likes.
And that’s when things that to go weird.
Does everything get hilariously out of control? Yes.
Does Alfie learn a valuable lesson? Nah. This isn’t that kind of story… 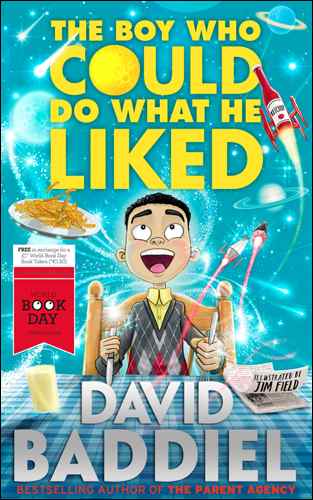 Harper and the Sea of Secrets by Cerrie Burnell & Laura Ellen Anderson (Scholastic)
The Songs of the Sea festival is about to start, but disaster has struck! The royal musicians will be per-forming, but all their instruments have disappeared!
Harper and her friends use the flying umbrella to come to the rescue, and that very night they start hear-ing beautiful music coming from Melody Bay. Will they have the courage to walk along the pitch-black smugglers’ tunnels passing under the sea to find out who has stolen the instruments?
A captivating adventure story all about friendship, creatures of the sea and magic. 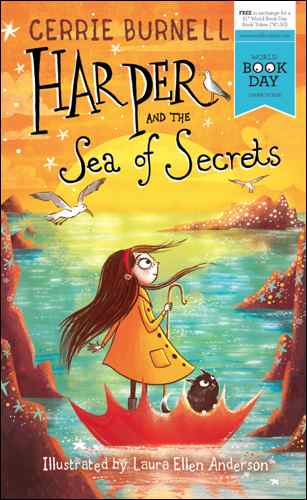 Spot the Difference by Juno Dawson (Hot Key)
An exclusive World Book Day story from UK Queen of Teen Juno Dawson.
Avery has always suffered at the hands of the bullies, so when she’s given a seemingly-miraculous oppor-tunity to join the ‘A-list’ she grabs at it with both hands. But appearances can be deceiving, and soon Avery’s not so sure she likes this new version of herself. And it’s only by overcoming her fears that she can learn the true meaning of being comfortable in your own skin. Suitable for Young Adults. 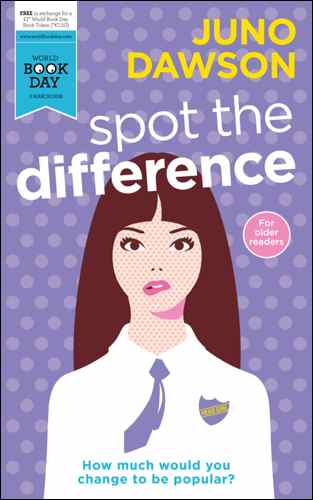 Kindred Spirits by Rainbow Rowell (Macmillan Children’s Books)
If you broke Elena’s heart, Star Wars would spill out. So when she decides to queue outside her local cin-ema to see the new movie, she’s expecting a celebration with crowds of people who love Han, Luke and Leia just as much as she does.
What she’s not expecting is to be last in a line of only three people; to have to pee into a collectible Star Wars soda cup behind a dumpster or to meet that unlikely someone who just might truly understand the way she feels. 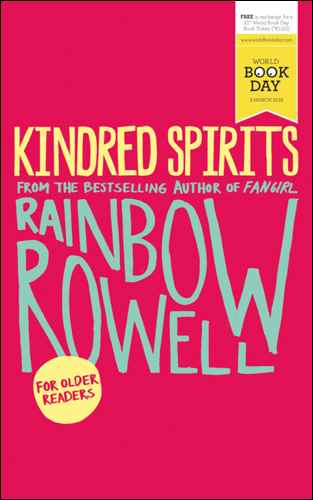 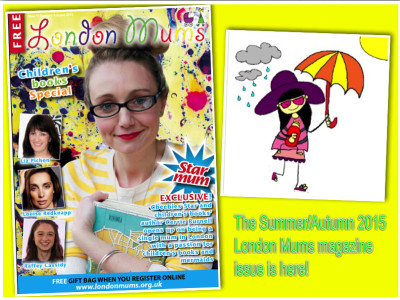 We particularly love Cerrie from Cbeebies who was our star mum interview in the London Mums magazine last summer. You can read this issue here.

Now in its 19th year, World Book Day (Thursday 3rd March 2016) is the biggest annual celebration of reading for children, and the £1 books are a yearly showcase of some of the bestselling writing and illustrating talent published in the UK and Ireland. A UNESCO recognised initiative, World Book Day is now marked in over 100 countries across the world.

In recent years, the official World Book Day £1 books have become guaranteed bestsellers with close to 900,000 copies of the £1 books sold in the UK and Ireland in 2015, a 7.5% increase on the number sold in 2014. World Book Day titles took the top nine positions in the Official UK Top 50 for the week which included World Book Day.

The positive impact of World Book Day was also felt more widely within the trade, with a week-on-week uplift of £1.33million in the UK children’s book market, which in turn was almost half a million up on the same period in 2014.

From January 2016, children in the UK were given a £1 book token in their nurseries and schools, which they can use to claim their World Book Day title in participating bookshops from 29 February-27 March 2016.

US author James Patterson has donated a further £25,000 to the prize fund, and primary and secondary schools across the UK & Ireland will once again be invited to respond creatively to a theme to be in with the chance of winning up to £10,000 worth of books for their school library.
London Mums can subscribe to the free monthly World Book Day e-newsletter at www.worldbookday.com to receive news about books and costume tips and inspiration.

This entry was posted on Monday, February 29th, 2016 at 11:50 am and is filed under Competitions. You can follow any responses to this entry through the RSS 2.0 feed. Both comments and pings are currently closed.