We have 5 copies of ‘THE STORY OF A FORETOLD DEATH’ by OSCAR GUARDIOLA RIVERA to give away.

He is the writer of the award-winning What If Latin America Ruled the World? (Bloomsbury, 2010), chosen as one the best non-fiction books that year by The Financial Times and reviewed by most of the major newspapers and media around the world. 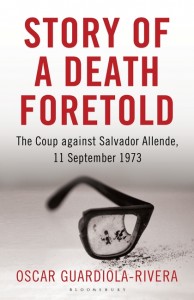 Oscar’s latest publication, The Story of a Foretold Death (Bloomsbury, 2013), marks the 40th anniversary of one of the most notorious coups in recent history and tell the story of Salvador Allende, the doctor and activist and the democratic path He chose to become the first democratically elected socialist president of Chile. The book also describes how its measures alarmed the Chilean right and its supporters in the US government, who feared his policies might succeed and serve as an example to other countries in the region. 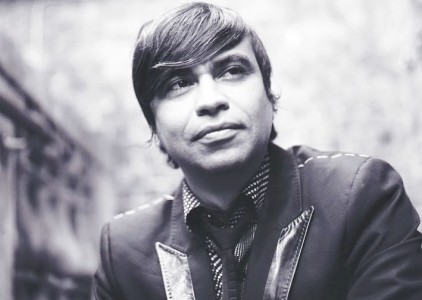 For your chance to win one of these amazing Book’s copies, answer the simple question below in our dedicated competition page (USE ONLY THE DEDICATED PAGE & DO NOT SEND MESSAGES OR DO NOT POST MESSAGES ON THE WEBSITE OR ON THIS PAGE AS THE ENTRY WON’T BE VALID – YOU WON’T BE NOTIFIED OF THE WRONG ENTRY) https://londonmumsmagazine.com/competition-area. ‘What’s the country of origin of the writer OSCAR GUARDIOLA RIVERA’?’ The deadline to enter is 7th December 2013.

Pop-up Colombia is proud to hold a presentation by Oscar Guardiola Rivera on the 5th of December at 623 King’s Road. There will be two sessions, 6pm and 7:30pm. More info on the event is here https://londonmumsmagazine.com/event/exclusive-chelsea-event-the-first-pop-up-colombia-comes-to-kings-road-4-8-december-2013

Prize must be collected from Pop Up Colombia store at 632 Kings Road, London SW6 2DU before 8th December.

This entry was posted on Thursday, December 5th, 2013 at 3:09 pm and is filed under Competitions. You can follow any responses to this entry through the RSS 2.0 feed. You can leave a response, or trackback from your own site.