Simply Media have just released The Children of Green Knowe, a charming and mystical classic children’s mini-series adapted from Lucy M. Boston’s novels, on DVD for the very first time.

When his father and stepmother leave the country for Christmas, young Toseland (Alec Christie – The Office) is doomed to spend the holidays at his boarding school, until his eccentric great-grandmother, Mrs. Oldknow (Daphne Oxenford – Coronation Street), invites him to stay with her at The Green Knowe estate, an 11th century house built by Normans. While she tells him stories of his ancestors, Toseland soon finds out not everything is what it seems, when he begins to see the spirits of children who lived in the house during the reign of Charles II.

Originally screened in 1986 but never released on DVD, The Children of Green Knowe is directed by BAFTA winner Colin Cant (Moondial), alongside BAFTA winning producer Paul Stone (The Lion, the Witch, and the Wardrobe). 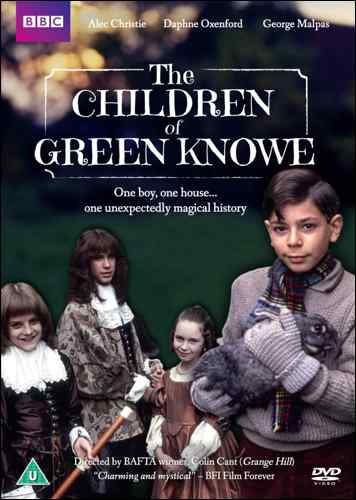 For your chance to win one of these DVDs, subscribe to our London Mums YouTube channel https://www.youtube.com/user/londonmums/videos and confirm this along with your details in the competition form below this post by midnight 20th May 2016.

This entry was posted on Wednesday, April 20th, 2016 at 1:49 pm and is filed under Competitions. You can follow any responses to this entry through the RSS 2.0 feed. Both comments and pings are currently closed.