Win 1 of 5 copies of On Angel Wings DVD

On Angel Wings is a charming short film featuring the voice of Juliet Stevenson and aired on BBC One last Christmas. It was produced by Illuminated Films’ Iain Harvey – Iain is best known for his work on The Snowman (1982), When the Wind Blows (1986) and Christmas Carol: The Movie (2001). 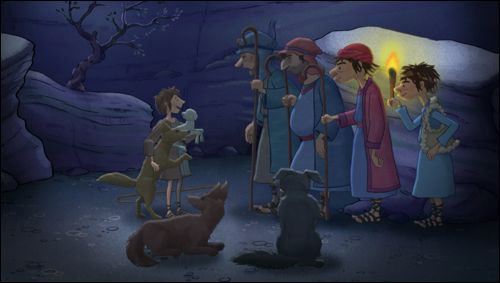 Discover a magical re-working of the nativity story based on the book by acclaimed author Michael Morpurgo (War Horse, Private Peaceful) and from the executive producer of The Snowman and the director of Father Christmas. ON ANGEL WINGS enchanted families when it aired on BBC One last Christmas and now this delightful animated short film is yours to own on DVD and Digital from 2nd November 2015, courtesy of Kaleidoscope Home Entertainment. 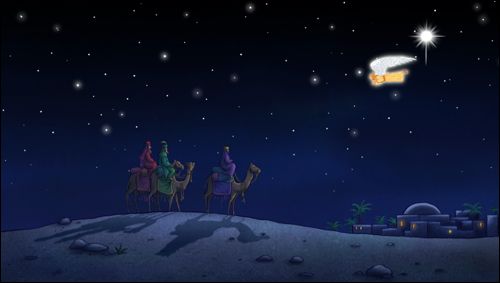 The story begins on a present day Christmas night. Rachel is eight and for the first time she is allowed to join her brothers and sister to visit their Grandfather Amos, as he carries out his annual ritual of a night in the hills, where he worked as a young shepherd boy.

Grandfather is delighted to see the children and a special bond is established between himself and Rachel. Like her, he was the youngest and was always getting in the way, struggling to do things better, fighting to be believed in. He tells them how she reminds him of a magical night and proceeds to recount how he was flown by the Angel Gabriel to become the first visitor to the newly-born Christ child, the Virgin Mary and Joseph.

Rich with human poignancy, ON ANGEL WINGS makes ideal holiday viewing for the entire family and is the perfect gift for Christmas. This very special DVD also features an exclusive Storyboard Commentary from director Dave Unwin (The Tales of Peter Rabbit, The Wind and the Willows, The Little Reindeer). 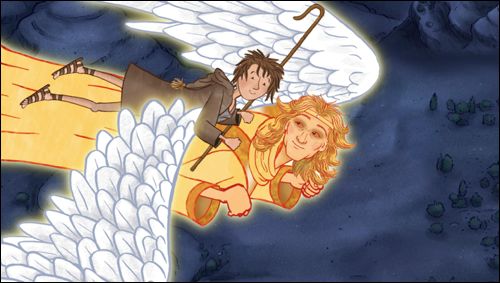 Iain spent the first ten years of his career in publishing, taking a special interest in children’s publishing with such companies as Hamish Hamilton and the Penguin Group. During that time he formed and managed Snowman Enterprises with TV Cartoons Ltd. and was executive producer on THE SNOWMAN (1982).

Subsequently, he went on to executive produce WHEN THE WIND BLOWS (1987), the feature film directed by Jimmy T. Murakami and based on the book by Raymond Briggs.

Though mainly associated with TVC, Iain was also executive producer of SPIDER!, a 13-part animated series produced for the BBC by Hibbert-Ralph Entertainment for first broadcast in 1991.

In 1992/93 he produced a further half-hour animated special, PRINCE CINDERS, for Channel 4 at the studios of Animation City.

At the beginning of 1993, Iain formed The Illuminated Film Company and produced its first animated series, based on the Eric Carle books, THE VERY HUNGRY CATERPILLAR & OTHER STORIES.

Illuminated’s next production was T.R.A.N.S.I.T, nominated for a British Academy Award and the Cartoon d’Or, and winner of The Grand Prize at The World Animation Celebration in Los Angeles, as well as Best Film in its category.

In 2001 Iain completed the animated feature CHRISTMAS CAROL  THE MOVIE with director Jimmy Murakami. This film was released through Pathe© in the UK and features the voices of, amongst others, Nicolas Cage, Simon Callow, Kate Winslet and Michael Gambon.

As producer, in 2001 he also completed a half-hour animation special entitled WAR GAME with director Dave Unwin, based on the children’s picture book by Michael Foreman.

For your chance to win a copy of this DVD, write the name of your favourite story by Michael Morpurgo in the competition form below. Deadline to enter is midnight on 5th December 2015.

This entry was posted on Saturday, November 7th, 2015 at 11:00 am and is filed under Competitions. You can follow any responses to this entry through the RSS 2.0 feed. Both comments and pings are currently closed.