Oooh Hollywood! The glitz, the glam…the Headless Horseman?! Join Scoobs, Shaggy and the Mystery Inc. gang as they find themselves in a tinsel-town twist! Scooby and the gang are back – this time in LEGO® Scooby-Doo! : Haunted Hollywood released on Blu-rayTM, DVD and Digital HD on 24 October and London Mums are giving five readers and members the chance to win their very own copy of this LEGO SCOOBY-DOO! DVD. 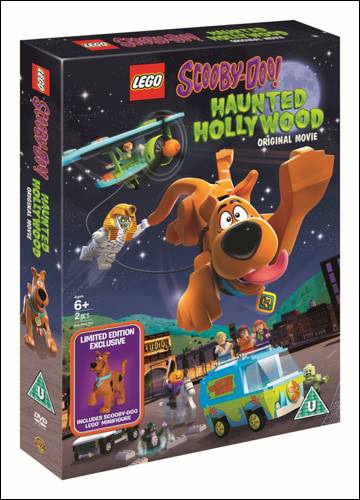 On a VIP tour of the legendary ‘Brickton Studios’ in Hollywood, Scooby and friends find themselves starring in their very own thriller when some old movie monsters drop in for a creepy casting call. The ghostly goings on have already frightened away the cast and crew of Brickton’s latest film production and now the studio faces closure. Can Scooby and the gang solve the mystery of the spooky studio and save it from closing down? Grab your Scooby Snacks and settle in for a Scooby ‘bricktacular’ adventure in LEGO® Scooby Doo!: Haunted Hollywood. Available to pre-order now at Amazon.co.uk

To be in with a chance of winning this brilliant prize, simply watch the trailer and answer the question below in the competition form below this post.

1) The lighthouse Scooby and Shaggy escape from is painted in which two colours?

This entry was posted on Sunday, October 16th, 2016 at 11:06 am and is filed under Competitions. You can follow any responses to this entry through the RSS 2.0 feed. Both comments and pings are currently closed.