Everybody’s favourite fireman is back with a new DVD collection of tales and rescue in Fireman Sam – Sam’s Birthday, released by Abbey Home Media now.

Join the ultimate hero next door and his crew for new, exciting adventures.  Fireman Sam lives in the accident-prone town of Pontypandy, where he helps with fighting fires, manning the lifeboat, helping the mountain rescue, or joining up with the emergency medical services. With his colourful cast of helpers, he is always there to lend a hand! 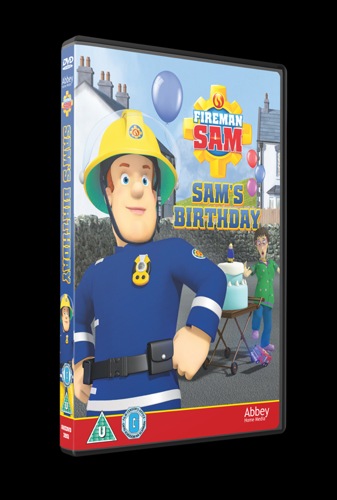 In this new DVD release it’s Fireman Sam’s birthday and Charlie has asked Joe to make Sam a remote control model of Jupiter as a surprise present. At the Fire Station, Station Officer Steele has told Sam, as it’s his birthday, he should relax for the day. However, will the birthday party go ahead as planned for everyone’s favourite hero next door?

Episodes featured in this charming collection are:- Sam’s Birthday; Pontypandy in the Park; Paddle On; The Great Party Panic and Pizza Pandemonium.

For your chance to win one of these DVDs, write the name of your favourite children’s TV character of all time (It does not need to be Fireman Sam) and why in the competition form below this post. Deadline to enter is midnight 26 May 2017.

This entry was posted on Wednesday, April 19th, 2017 at 11:04 am and is filed under Competitions. You can follow any responses to this entry through the RSS 2.0 feed. Both comments and pings are currently closed.