If you want to win a copy, check how to enter London Mums’ competition below.

The Complete Collection: Series 1- 4 will also be available to purchase on DVD, Blu-ray & SteelBook® including over 100 MINS OF NEW BONUS MATERIAL.

The thrilling, big-budget series from legendary producer Michael Bay reaches its conclusion in this stirring and action- packed fourth season, with Toby Stephens as Captain Flint, a pirate hell-bent on wreaking havoc on the high seas.

BLACK SAILS: SEASON 4 is an audacious and fitting end to one of the most ambitious and exciting shows of recent years. 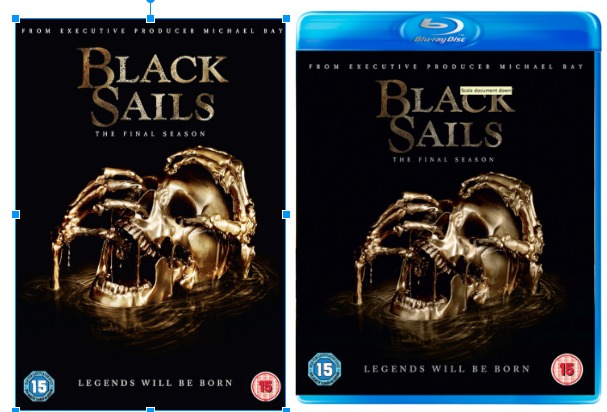 Hundreds of British soldiers lie dead in a forest… the Royal Navy sails back to England in retreat… the West Indies are now a war zone, and the shores of New Providence Island have never been bloodier. With the help of Eleanor Guthrie, Woodes Rogers transforms Nassau into a fortress without walls, as Captain Flint amasses a fleet of unprecedented strength, hoping to strike the final blow against civilization and reshape the world forever.

Meanwhile, from within the island… an insurgency builds, fueled by the legend of its exiled leader, whose name keeps grown men awake at night… the one they call Long John Silver. But as Flint, Silver and their allies are about to learn, the closer civilization comes to defeat, the more desperately and destructively it will fight back. Oaths will be shattered, fortunes will change hands, and amidst the chaos, only one thing remains certain: it has never been more dangerous to call oneself a pirate… 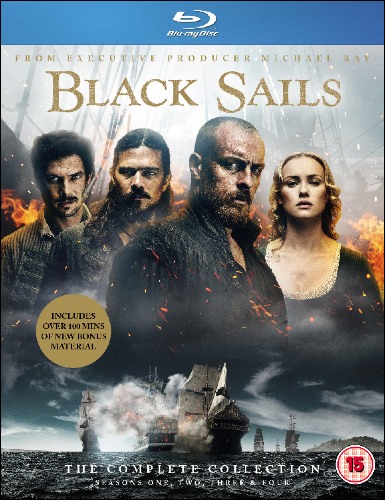 Watch the multiple Emmy Award-winning hit pirate series, from legendary Hollywood producer and director Michael Bay, from start to finish. A thrillingly addictive prequel to Robert Louis Stevenson’s classic book Treasure Island, BLACK SAILS follows Captain Flint (the brilliant Toby Stephens) and his notorious crew of pirates, in this treasure trove of a boxset containing all XXXVIII (that’ll be 38 me hearties!) episodes, guaranteed to provide hours of swashbuckling entertainment. For those with an eye on the really prized booty, there is a stunningly-designed limited edition SteelBook of seasons 1 – 4.

Watch my interview with Luke Roberts, starring in a previous season of Black Sails. 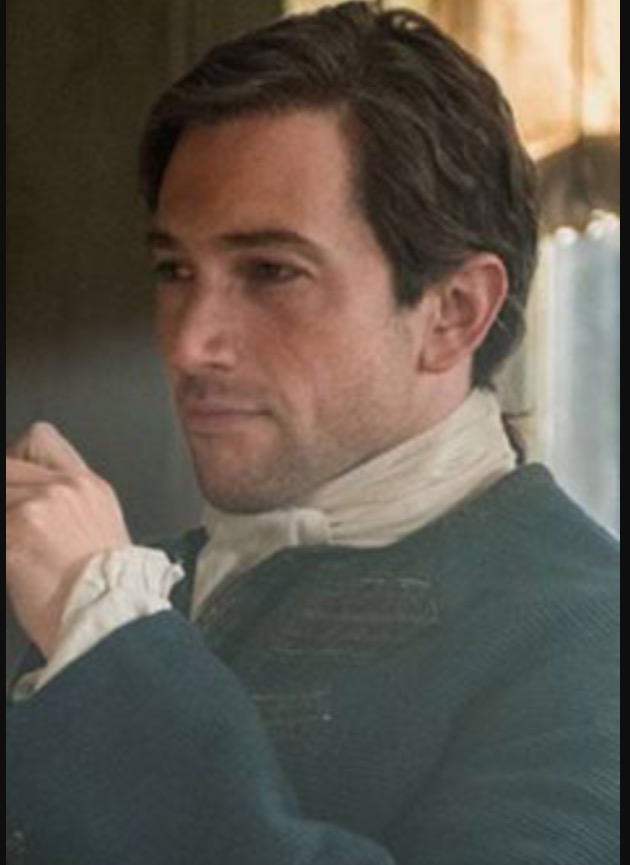 Death, destruction and disorder, vengeance and brutality – being a pirate is not for the faint-hearted! This big budget, epic series, set during the 18th century ‘Golden Age of Piracy’, builds to a worthy and climax in this, the fourth and final season of the hit show from Hollywood powerhouse Michael Bay.

With jaw-droppingly choreographed set pieces, incredible effects, hundreds of extras, painstakingly recreated ships, this has the violent, gripping intensity of Game Of Thrones, and is much darker and more true to life than the Pirates Of The Caribbean films.

With jaw-droppingly choreographed set pieces, incredible effects, hundreds of extras, painstakingly recreated ships, this has the violent, gripping intensity of Game Of Thrones, and is much darker and more true to life than the Pirates Of The Caribbean films.

For your chance to win one of these Black Sails DVDs, tell us the name of your favourite pirates on the big screen. Write your answer in the competition form below this post. Deadline to enter is midnight 20 September 2017.

This entry was posted on Sunday, August 20th, 2017 at 11:04 am and is filed under Competitions. You can follow any responses to this entry through the RSS 2.0 feed. Both comments and pings are currently closed.