Win 1 of 5 copies of ALVINNN!!! AND THE CHIPMUNKS: SUMMER OF SPORT DVD & FREE activity sheets

Following its launch on Nick Jr., STUDIOCANAL is pleased to announce that the brand new CGI animated TV series ALVINNN!!! AND THE CHIPMUNKS is coming to DVD this Summer! Season One consists of 52 episodes with Volume 1 containing 14 episodes, which was released on DVD 13th June 2016 as Summer of Sport – and London Mums have 5 x DVDs of ALVINNN!!! AND THE CHIPMUNKS: SUMMER OF SPORT to give away! 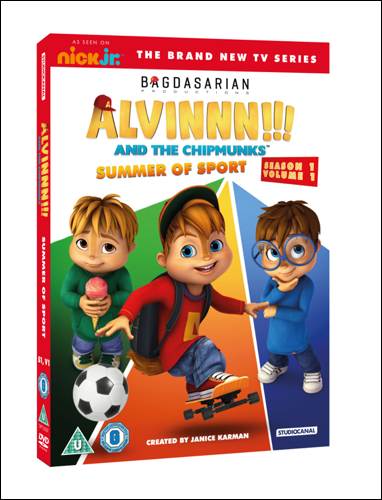 Three more volumes in Season One will follow over the coming months, including Back to School and Who Ghosts There and every episode in the series includes a brand new Chipmunks song.

The new animated series, ALVINNN!!! AND THE CHIPMUNKS, takes us on a roller coaster ride of music, laughter and stories. Featuring international super stars Alvin, Simon and Theodore and the sassy Chipettes – Brittany, Jeanette and Eleanor – the series encounters the trials and tribulations of a single parent, David Seville, trying to raise six hyper-active Chipmunks. Like most parents, Dave’s patience will be pushed to the limit, forcing him to end most sentences in “ALVINNN!!!”

To be in with a chance of winning, just answer this question: Who out of the below is NOT one of the Chipmunks:

For your chance to win write the correct answer in the competition form below this form by midnight on 12th July 2016.

ALVINNN!!! AND THE CHIPMUNKS: SUMMER OF SPORT is available on DVD now from HMV and ZAVVI 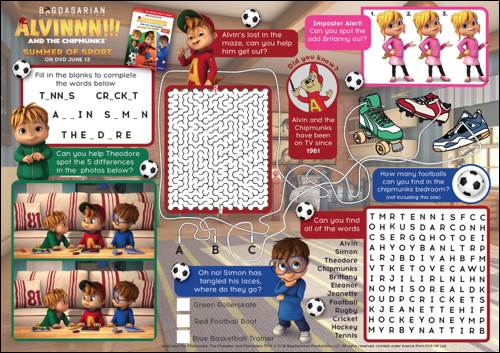 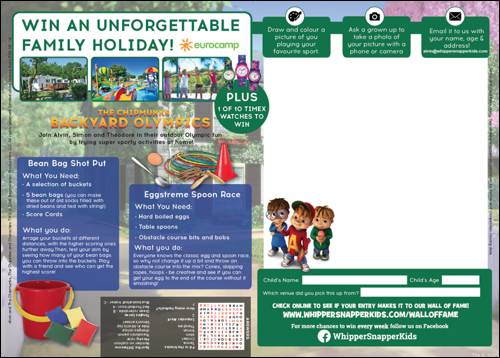 Alvin and the Chipmunks, The Chipettes, Characters and Program Contents TM & © 2015, and Packaging © 2016, Bagdasarian Productions LLC. Distributed by STUDIOCANAL Limited under licence from PGS Entertainment. STUDIOCANAL ® Groupe Canal+ SA. WARNING: All rights of the producer, the owner and the distributor of the work reproduced are reserved

This entry was posted on Tuesday, June 14th, 2016 at 2:55 pm and is filed under Competitions. You can follow any responses to this entry through the RSS 2.0 feed. Both comments and pings are currently closed.