World Book Day is one of the most exciting days in school life every year so we thought we’d celebrate World Book Day 2017 on its 20th anniversary with a competition! Five lucky readers are in for a chance to win a set of the specially commissioned World Book Day £1 books. David Walliams, Dame Jacqueline Wilson and Julia Donaldson among the “national treasures” writing new stories to mark the occasion.

These authors have contributed an official World Book Day £1 book, which children can get for free in exchange for the £1 book token available to all schoolchildren in the UK and Ireland.

Over the past 19 years, World Book Day UK has delivered 13 million £1 books into the hands of young people across the country. In 2016, the number of £1 books given away was 789,738. The charity’s aim for its 20th anniversary is to increase this number to one million.

World Book Day was first designated an international event by UNESCO in 1995 after being observed for over 70 years in Catalonia, where giving books to friends and family had become an annual tradition. It was first marked in the UK two years later in 1997, in response to an increasing concern over poor reading and writing standards. 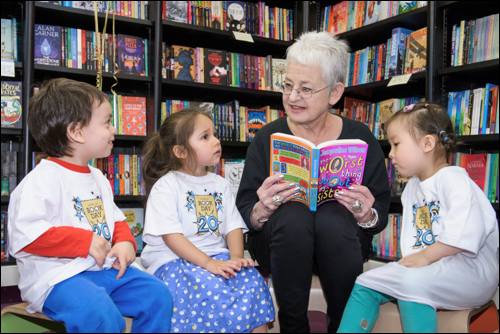 In 1997 the level of children’s engagement with reading was at a point of national crisis. The previous year a Government report had been released showing that 42% of 11-year-olds failed to achieve level 4 in reading and writing on entry to secondary school. 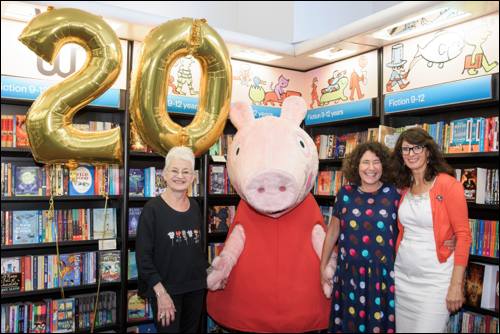 The ten official World Book Day £1 books cater for all ages from pre-school through to young adults. In 2017, the titles for the nation’s youngest book lovers will feature beloved characters Peppa Pig and extraterrestrials from the Aliens Love Underpants series. For readers at Key Stage 1, Julia Donaldson and Lydia Monks will contribute a new Princess Mirror-Belle title and Martin Handford has made one of his Where’s Wally? adventures available. They can also pick up some tips from Horrid Henry or catch up with the Famous Five, whereas Key Stage 2 readers will be able to enjoy something new from beloved British authors David Walliams or Dame Jacqueline Wilson. Young Adult titles will come from Michael Grant and David Almond, and the official World Book Day 2017 illustrator is Liz Pichon, children’s book writer and illustrator/creator of the Tom Gates series. 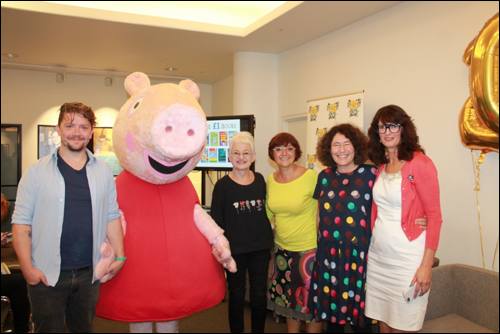 World Book Day is celebrated tomorrow Thursday 2 March 2017. Children in the UK and Ireland will be given a £1 (€1.50 in Ireland) book token in their nurseries and schools, which they can use to claim their World Book Day title in participating bookshops and supermarkets from 27 February to 26 March 2017.

Visit www.worldbookday.com for more information and to subscribe to the free monthly World Book Day e-newsletter.

Search #WorldBookDay20 for the latest news.

Read my piece from the authors’ presentation last year: 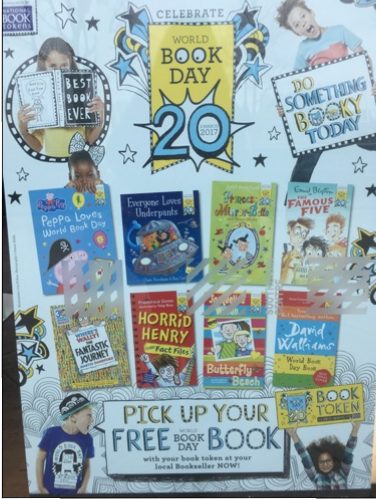 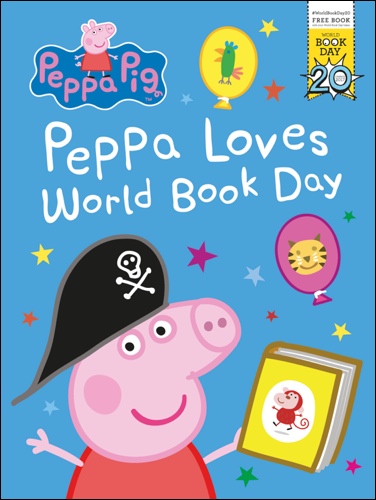 It’s World Book Day, but Peppa has so many favourite books, she can’t decide which character to dress up as! Who will she be? Find out in this Peppa Pig story! 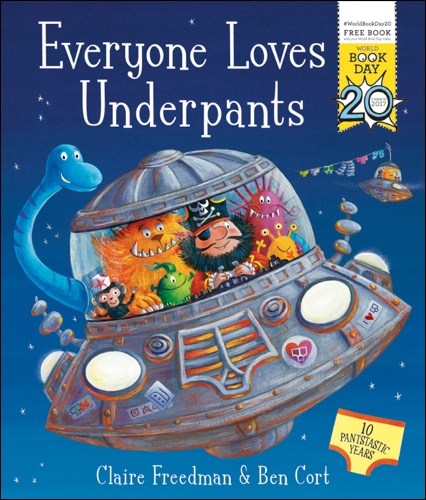 This zany, hilarious tale is delightfully brought to life by Ben Cort’s vibrant illustrations. With a madcap, rhyming text by award-winning Claire Freedman, this is sure to enchant and amuse the whole family! In this PANTSTASTIC story, join old friends to celebrate the wonder of underpants! 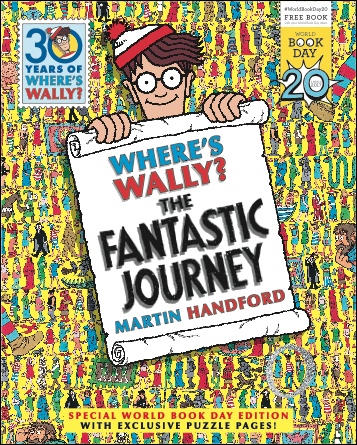 Join Wally on his quest through magical and bizarre fantasy lands. Hidden in every intricately-detailed scene are Wally and his friends – so let the hunt begin! Full of eye-boggling extras and hours of fun, this third classic Wally adventure comes in a fiendish mini edition and extra puzzling and magical puzzles to play. Wow! Amazing! 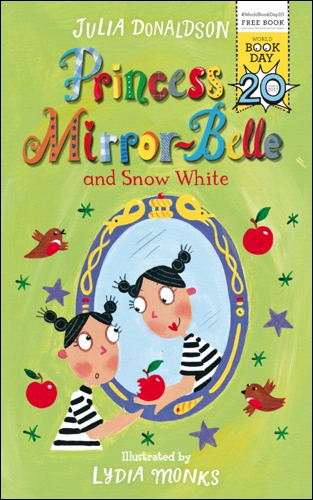 Ellen gets a big shock when her double appears out of the bathroom mirror. But Mirror-Belle is a double with a difference! She is a princess, and a very mischievous one at that. In this story Mirror-Belle comes popping out of Ellen’s mirror to help out with the local pantomime taking the story off script a hilarious way. 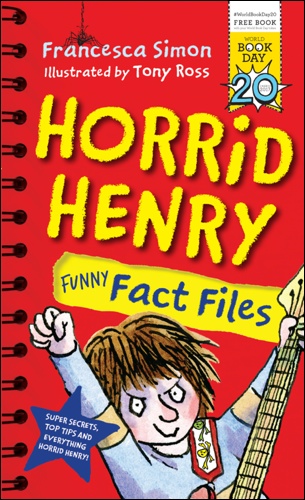 Horrid Henry is the no.1 expert in pulling pranks, running a cool club and making as much mayhem as possible. And now you can be just like him! This hilarious book is full of fiendish facts about Horrid Henry, plus top-secret diary entries, club passwords and tips for dealing with annoying siblings. 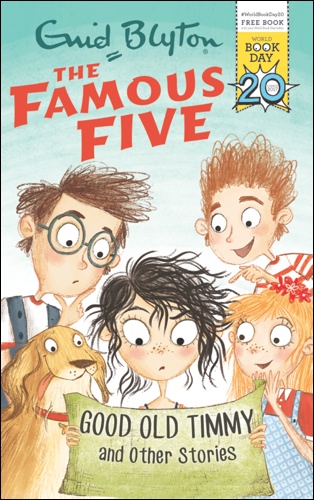 Julian, Dick, Anne, George and Timmy the dog find excitement and adventure wherever they go in Enid Blyton’s most popular series. After the Five see a boy being kidnapped at the beach, they set out to find him. But where have the kidnappers hidden the boy? Will Timmy lead them to the answer? In addition to the Famous Five novels, Enid Blyton wrote a clutch of short stories based on the characters. These were published in magazines and collected in the Famous Five Short Story Collection. Here are the complete and original texts of Good Old Timmy, When Timmy Chased the Cat, A Lazy Afternoon and Well Done Famous Five, all originally published in 1956. 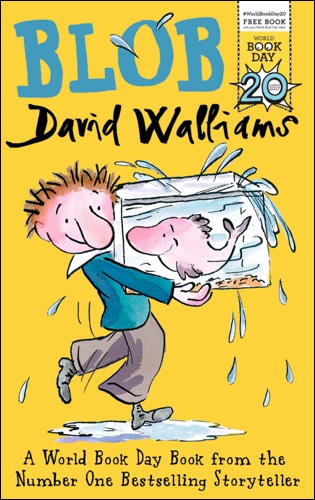 A side-splittingly funny and brilliantly imaginative story, specially created for World Book Day by the no. 1 bestselling children’s author. 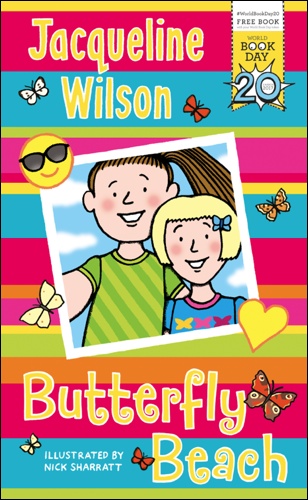 A brand-new story starring the unlikely best friends of The Butterfly Club, published specially for World Book Day 2017, from much-loved and bestselling author Jacqueline Wilson. Selma can’t wait to go on holiday with her best friend forever, Tina. But a holiday with Tina means a holiday with her triplet sisters,
too – and it’s not long before Selma feels like the odd one out. Can their shared love of butterflies bring Selma and Tina together again? 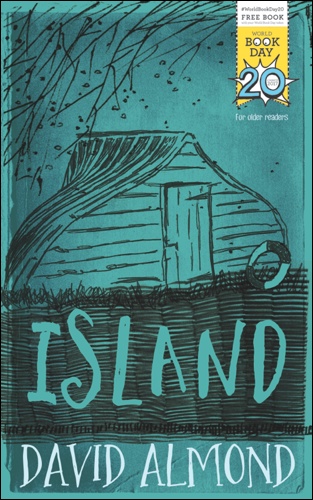 Each year, sixteen-year old Louise travels with her father to the island of Lindisfarne. It’s a holiday, but also a pilgrimage to the place Louise’s mother loved best of all in the whole world. This year things are changing and the beautiful and haunted island is a troubled place. Louise is growing fast, and is yearning for independence. Her father becomes infatuated by an American tourist. And they arrive at the same time as Hassan, a mysterious boy from Syria, who fascinates Louise. He seems to have known this place from long ago, and to be at home here. He’s an acrobat, maybe a sorcerer, maybe a source of great danger. The gang of boys who live in the island’s wilder places want to cast him out. Over the course of a few days, the forces of love, death, hope and destruction move these characters towards a deeper understanding of themselves and the world. This is a story which shows how the journeys we take and the people we meet shape us forever. 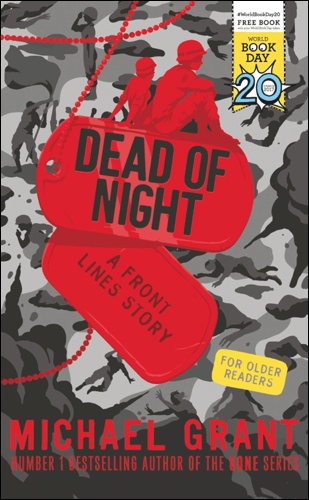 Rio Richlin doesn’t have superpowers. She is an ordinary young woman. A soldier in the American army, wearing a uniform, carrying a rifle, and fighting alongside thousands who are trying to make a difference, trying to change the world. At least, that’s the plan. Right now she’s part of a squad on a training exercise in some place called Wales. They’re cold, they’re wet, and Rio’s pretty sure they’re also lost. Spending the night in a creepy old inn wasn’t part of the plan at all…Set in the alternative World War II scenario of his Front Lines novels, Michael Grant, author of the bestselling GONE series, has written this story exclusively for World Book Day.

In order to win one of these full bundles of World Book Day 2017 £1 books, please write your favourite title from the above £1 book list in the competition form below. Deadline to enter is midnight on 27th March 2017.

This entry was posted on Wednesday, March 1st, 2017 at 3:08 pm and is filed under Competitions. You can follow any responses to this entry through the RSS 2.0 feed. Both comments and pings are currently closed.