FROM THE CREATORS OF SHREK AND HOW TO TRAIN YOUR DRAGON DreamWorks Animation’s Magical and Critically-Acclaimed Adventure, RISE OF THE GUARDIANS debuts on Blu-ray Triple Play, Blu-ray 3D™, DVD & Digital Download – The Perfect Gift This Easter – Available To Own On 25th March 2013. 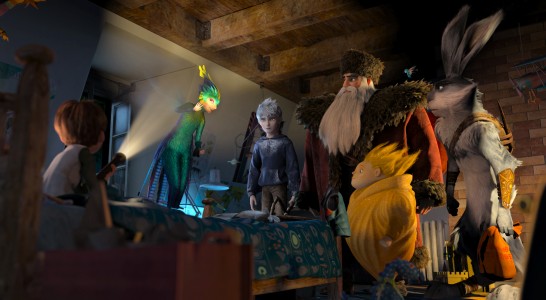 Praised by critics and moviegoers of all ages, DreamWorks Animation SKG Inc.’s spectacular and heartfelt adventure RISE OF THE GUARDIANS soars onto Blu-ray Triple Play, Blu-ray 3D™, DVD and Digital Download on March 25th, 2013. DreamWorks Animation’s newest animated adventure has captured the imagination of audiences worldwide with a fun-filled and magical story about the legendary guardians—Jack Frost, the Easter Bunny, Santa Claus, the Tooth Fairy and Sandman—together for the first time! When the evil Pitch threatens to take over the world, it’s up to our beloved heroes to protect the hopes and dreams of children everywhere. Filled with non-stop action and laughs, it’s a dazzling family film that’s being hailed as “an instant classic”. 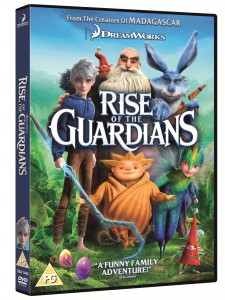 For your chance to win one of these amazing DVDs, answer the simple question below in our dedicated competition page (USE ONLY THE DEDICATED PAGE & DO NOT SEND MESSAGES OR DO NOT POST MESSAGES ON THE WEBSITE OR ON THIS PAGE AS THE ENTRY WON’T BE VALID – YOU WON’T BE NOTIFIED OF THE WRONG ENTRY) https://londonmumsmagazine.com/competition-area. The question is: ‘Mention another movie made by the creators of the Rise of the Guardians’ The deadline to enter is 15th April 2013.

Tags:  competitions kids' movies win win
This entry was posted on Sunday, March 17th, 2013 at 1:12 pm and is filed under Competitions. You can follow any responses to this entry through the RSS 2.0 feed. You can leave a response, or trackback from your own site.