To celebrate the release of DVD Pip Ahoy: Welcome to Salty Cove, that is airing on Milkshake at the moment, London Mums are giving away three Pip Ahoy bundles which would include the DVD and two toys – 12’’ Talking Pip & Pip’s Scopey Eye.

Pip, a happy-go-lucky young pup and his best friend Alba the kitten have a series of adventures in the colourful and enchanting seaside resort of Salty Cove. Originally airing on Channel 5’s Milkshake! Pip Ahoy Season 1, Volume 1: Welcome to Salty Cove was released on DVD and Digital Download on 25th January 2016. 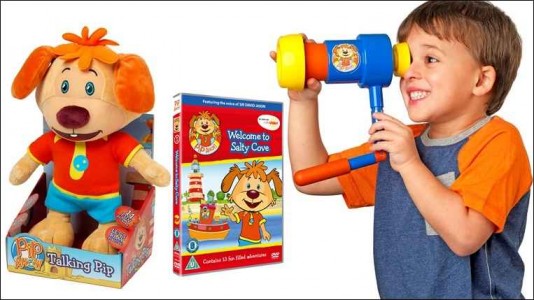 Pip Ahoy! Brings over two hours of fun and laughter into every home with a mixture of the extraordinary and the familiar. Pip Ahoy! features Sir David Jason as the voice of Pip’s caring uncle, Skipper, and singer and reality TV star Stacey Solomon recorded the theme song and is the voice of the pink flamingo, Fuchsia.

Salty Cove boasts everything a proper seaside resort should have – a sandy beach with little coves and pools to visit, along with welcoming beach huts and a sunny promenade.

The folk that live in this idyllic place are as motley a crew as you could imagine. Residents include Pasty, the acquisitive crab with a collection of bric-a-brac, Hopper, the one legged seagull, Madame Éclair, a French poodle of high-breeding, Mrs. Twitcher, a keen birdwatcher, a colony of well-spoken puffins and seagulls – Kevin, Cyril and Percy – who make mischief. A quintet of singing limpets, the Squiblets, pop up from time to time and beneath the waves resides a multi-limbed musician; the renowned Rocktopus.

Visit Salty Cove from the comfort of your living room when Pip Ahoy: Welcome to Salty Cove is released on DVD and Digital Download in the New Year. Initial quantities will come with a bonus activity poster!

For your chance to win one of these amazing prizes, write the name of your favourite TV character in the competition form below this post. Deadline to enter is 25th February 2016. 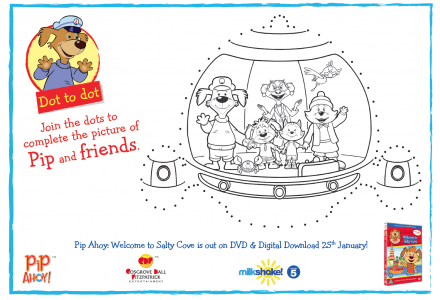 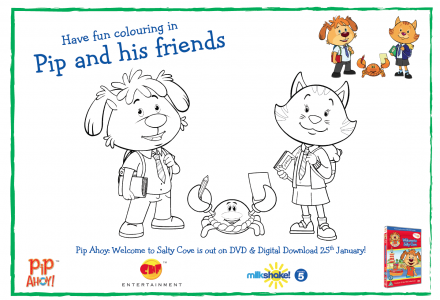 This entry was posted on Friday, January 29th, 2016 at 11:00 am and is filed under Competitions. You can follow any responses to this entry through the RSS 2.0 feed. Both comments and pings are currently closed.