WIN 1 OF 3 PAW PATROL: MARSHALL AND CHASE ON THE CASE DVDS AND PUP RACER GAMES

Paw Patrol is an action-packed preschool adventure series from Nickelodeon and Universal Pictures, loved by parents and children alike, and now you could win one of 3 copies of the brand new DVD, PAW PATROL: MARSHALL AND CHASE ON THE CASE and one of 3 Pup Racer Games. 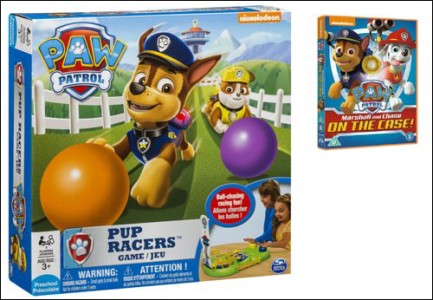 In stores from 27 July 2015, Ryder and his pup pals, Chase, Marshall, Rocky, Zuma, Rubble and Skye undertake a new batch of educational escapades, teaching children that there is no adventure too big and no pup too small. No matter how big the task, the fun-loving friends will always have smile on their faces. But have they finally met an obstacle they cannot overcome? When Ryder goes on a hike along Big View Trail he gets into trouble – will he be able to rally the troops in time? 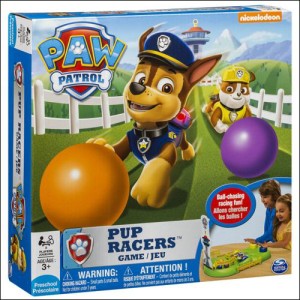 PAW PATROL: MARSHALL AND CHASE ON THE CASE features eight episodes as well as a Pup, Pup, and Away! Video Storybook and you can win not only a copy of the DVD, but also a PAW Patrol Pup Racers Game.

Are you the fastest pup of them all? You can find out with this PAW Patrol Pup Racers Game which is non-stop, ball-chasing racing fun! The PAW Patrol is on a roll as Chase and Rubble race up the track to fetch balls. Whoever collects the most balls, wins! Press the button as fast as you can to get your PAW Patrol pup moving as fast as possible. Keep going until all the balls are gone! Bring home the ball-chasing, pup racing fun of the PAW Patrol Pup Racers Game. For 2 players, ages 3 years and over. 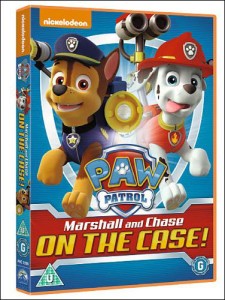 Non-stop, ball-chasing racing fun, whoever collects the most balls, wins! Press the button as fast as you can to get your PAW Patrol pup moving as fast as possible. Keep going until all the balls are gone! For 2 players, ages 3 years and over.

For your chance to win one of these Paw Patrol prize bundles, please write the name of your favourite dog in the competition form below. Competition closes on 27 August 2015.

This entry was posted on Monday, July 27th, 2015 at 10:36 pm and is filed under Competitions. You can follow any responses to this entry through the RSS 2.0 feed. Both comments and pings are currently closed.