The UK’s most beloved bear PADDINGTON comes to DVD and Blu-ray 23rd March 2015, which means that parents and grandparents can get hold of their copy just in time for the Easter holidays! Kids can sit down during the Easter break and enjoy the film with the whole family, followed by downloading activity sheets to complete afterwards. 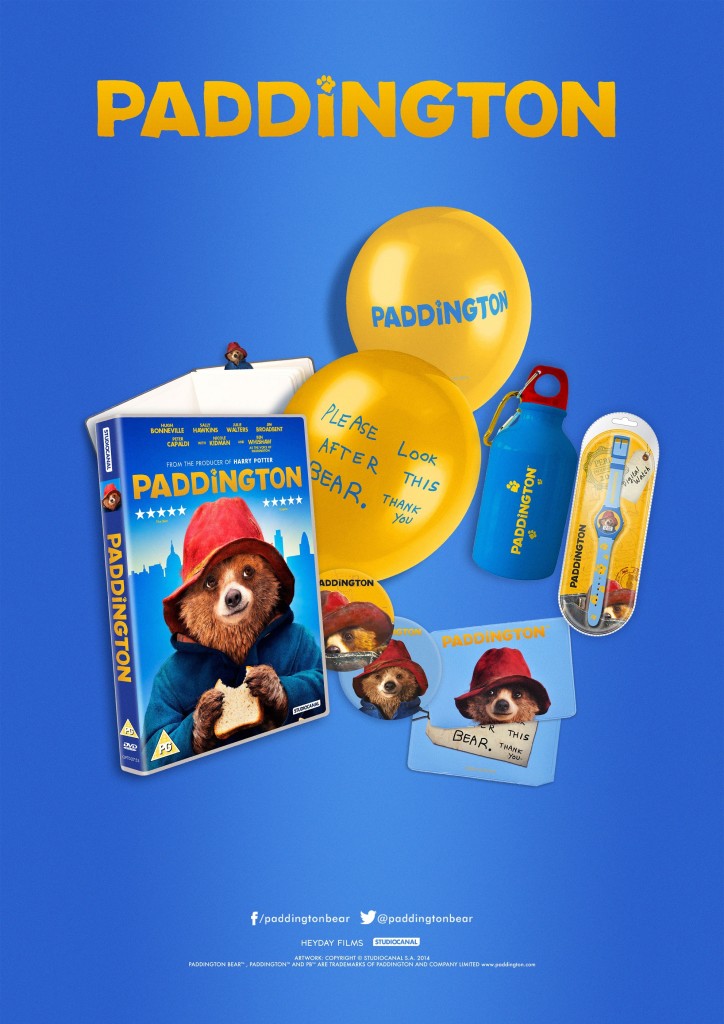 To read our reviews of the film, click on the links below:

Recently nominated for two BAFTA awards including Outstanding British Film and Adapted Screenplay, STUDIOCANAL is releasing the PADDINGTON from 23 March 2015 on DVD, Blu-ray and download.

PADDINGTON is the magical adventure of a polite young Peruvian bear, who travels to London in search of a home. Finding himself lost and alone at Paddington Station, it seems that city life is not all he imagined- until he meets the Brown family, who kindly offer him a place to stay. But little do the Browns realise just how much chaos one small bear can cause- and they soon discover that their lives will never be the same again.

Based on the best-selling series by British author Michael Bond, from an original screenplay by filmmaker Paul King (BUNNY AND THE BULL, MIGHTY BOOSH). A Heyday Films and STUDIOCANAL production, PADDINGTON is directed by the twice BAFTA-nominated King, produced by multiple award-winning David Heyman (GRAVITY, the HARRY POTTER series) and executive produced by Heyday’s Rosie Alison (TESTAMENT OF YOUTH), Jeffrey Clifford (NO STRINGS ATTACHED, UP IN THE AIR) and by Alexandra Ferguson (ANNA KARENINA).

PADDINGTON brings together an all-star cast, with Hugh Bonneville (Downton Abbey, Monuments Men) and Sally Hawkins (Made in Dagenham, Blue Jasmine) as Mr. & Mrs. Brown, Nicole Kidman (The Hours, Moulin Rouge) as the evil taxidermist, Julie Walters (Billy Elliot, Harry Potter) as Mrs. Bird the housekeeper, Jim Broadbent (Harry Potter, The Iron Lady) as Mr. Gruber the owner of the antiques shop, Peter Capaldi (Dr. Who) as the Browns’ neighbour, Mr. Curry and Ben Whishaw as the voice of Paddington.

Rounding out this esteemed ensemble are Michael Gambon (THE KING’S SPEECH, the HARRY POTTER series) and Imelda Staunton (PRIDE, MALEFICENT), as the voices of Paddington’s Uncle Pastuzo and Aunt Lucy. The film also features Samuel Joslin (THE IMPOSSIBLE) and Madeleine Harris as the Brown children Jonathan and Judy, who welcome in the lost bear and find their own lives changed forever. 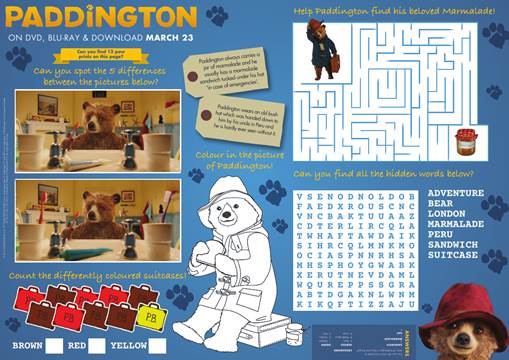 For your chance to win one of these amazing Paddington merchandising bundles, please write in the competition form below this post what you love the most about this lovely classic bear (it could be anything from his accessories, stories, etc). Deadline to enter is 23rd April 2015.

This entry was posted on Tuesday, March 17th, 2015 at 11:15 am and is filed under Competitions. You can follow any responses to this entry through the RSS 2.0 feed. Both comments and pings are currently closed.