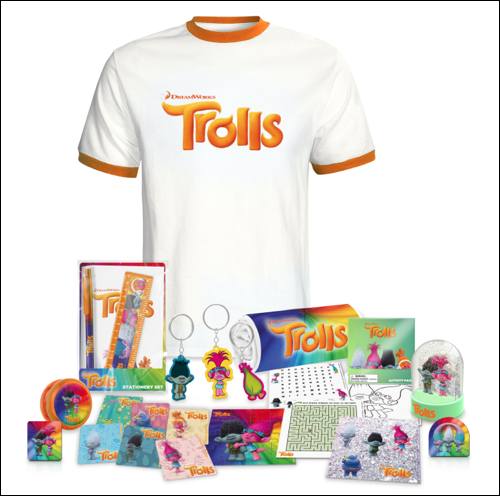 Watch the trailer and then answer the question below to be in with a chance of being one of our three lucky winners!

Who is the (insanely happy) leader of the TROLLS? (Write your answer in the competition form below this post):

DreamWorks’ TROLLS is a hair-raising comedy filled with unbelievable adventure and incredible music. Known for their crazy, colourful, and magical hair, Trolls are the happiest, most joyous creatures ever to burst into song. But their world of rainbows and cupcakes is changed forever, when their leader Poppy (Anna Kendrick,) must embark on a rescue mission that takes her far beyond the only world she’s ever known.

See it in cinemas this weekend!

Tags:  animated family film competitions family film film reviews giveaway Kids Club
This entry was posted on Saturday, October 15th, 2016 at 11:05 am and is filed under Competitions. You can follow any responses to this entry through the RSS 2.0 feed. Both comments and pings are currently closed.