London Mums are running the last giveaway for 2014 with a BANG!

We are giving away five cool Megableu games. It’s hilarious fun for the whole family. 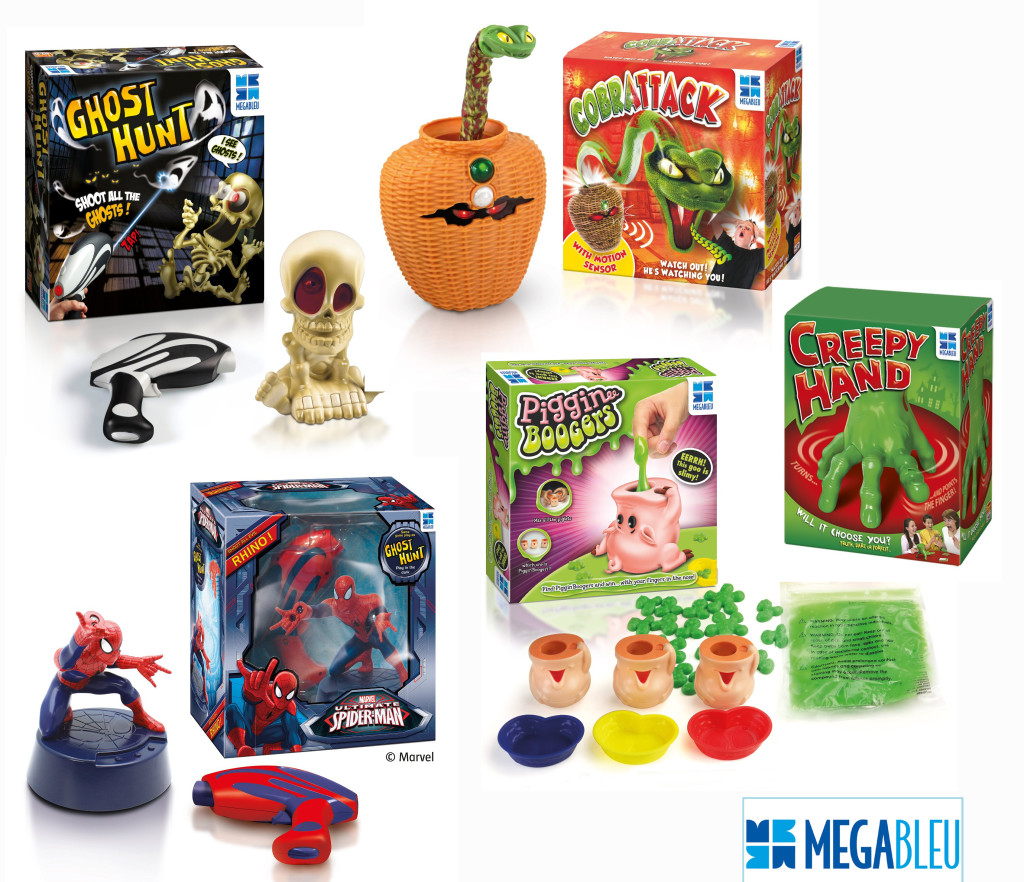 Capture the elusive Rhino with the amazing Spiderman Chase Rhino game. SPIDER-MAN jumps on his base and projects RHINO shadows on the walls and ceiling. Now it’s up to you to eliminate the RHINO using your rechargeable gun and defend the city!

Make a guess of which piglet has the goo and place your PIGGIN’BOOGERS in front of the piglet. Dip your finger in the piglet’s nose… Have you found the goo?

Do you dare to come close to the basket to snatch the diamond? COBRATTACK, guardian of the sacred diamond, watches you carefully. You may move as long as his eyes are green. But beware, if his eyes are red, he is watching you and may attack!

Turn down the light and prepare yourself for a scary adventure with Ghost Hunt. Billy Bones sees dead people, his skull projects ghosts on the walls, the ceiling, high and low, ahead and behind… everywhere. Can you catch them!

Or can you face a game of truth or dare in Creepy Hand – the bony green hand crawls around the table to choose a player to face their doom – will it be you!

To win one of these amazing prize sets, please write in the competition form below what is your best Christmas gift you have ever received. Deadline to enter is 10th January 2015.

This entry was posted on Wednesday, December 17th, 2014 at 2:31 pm and is filed under Competitions. You can follow any responses to this entry through the RSS 2.0 feed. Both comments and pings are currently closed.