Win 1 of 3 DVD prize packages to mark the release of “THE PIRATES! IN AN ADVENTURE WITH SCIENTISTS” DVD 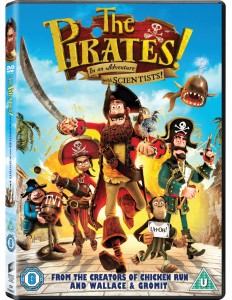 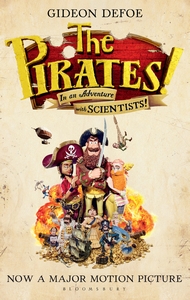 For your chance to win one of these amazing DVD prize packages, answer the simple question below in our dedicated competition page (USE ONLY THE DEDICATED PAGE & DO NOT SEND MESSAGES OR DO NOT POST MESSAGES ON THE WEBSITE OR ON THIS PAGE AS THE ENTRY WON’T BE VALID – YOU WON’T BE NOTIFIED OF THE WRONG ENTRY) https://londonmumsmagazine.com/competition-area. The question is: ‘Who provides the voice of the main character Pirate Captain?’ The deadline to enter is 20th September 2012.

It’s going to feel like a ‘plunderful life’ when Sony Pictures Home Entertainment debuts THE PIRATES! IN AN ADVENTURE WITH SCIENTISTS on Blu-ray 3D™, Blu-ray™, DVD and Digital Download on September 10. From the Academy Award®-winning Aardman (Chicken Run) and Sony Pictures Animation (The Smurfs), comes the all-new, swashbuckling stop-motion animated film that’s sure to entertain families from beginning to end. 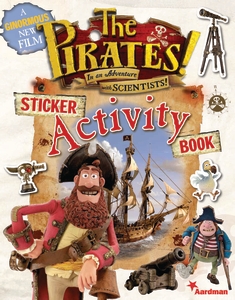 This critically acclaimed action-packed comedy adventure follows the luxuriantly bearded Pirate Captain, voiced by Hugh Grant (About A Boy), and his band of misfits (Martin Freeman, Brendan Gleeson, Russell Tovey and Ashley Jensen) as they frolic on the high seas in a madcap quest to win the coveted “Pirate of the Year” award. Along the way they battle a diabolical queen (Imelda Staunton) and team up with a haplessly smitten young scientist (David Tennant), but never lose sight of what a pirate loves best: adventure! The film also stars Brian Blessed (Robin Hood: Prince of Thieves) as The Pirate King, Salma Hayek (Puss In Boots) as Cutlass Liz and Jeremy Piven (TV’s “Entourage”) as Black Bellamy.

THE PIRATES! IN AN ADVENTURE WITH SCIENTISTS, Aardman’s most ambitious stop-motion film to date, is directed by Peter Lord, a founding partner of Aardman, director of Chicken Run (with Nick Park), and a two-time Academy Award® nominee for his short films made with the company. The film is co-directed by Jeff Newitt. The screenplay is by Gideon Defoe, based upon his books. Production Designer is Norman Garwood. Producers are Peter Lord, David Sproxton, and Julie Lockhart. Executive Producer is Carla Shelley.

The Blu-ray and DVD boast hours of kid-friendly extras, including Filmmakers’ Commentary and two behind-the-scenes featurettes: “From Stop to Motion,” taking fans on a journey through the making of the film, and “Creating the Bath Chase Sequence,” a look at the various stages involved with shooting the bath tub scene. Exclusive to the Blu-ray is the “Pirate Disguise Dress-Up” game, in which fans can help our swashbuckling pals get past Queen Victoria by disguising them in various silly get-ups. Additionally, two short films with optional commentary from Director Peter Lord are exclusive to the Blu-ray.

Owners of the Blu-ray and DVD will be able to add THE PIRATES! IN AN ADVENTURE WITH SCIENTISTS to their free cloud-based UltraViolet account, enabling them to access their film through any UltraViolet-compatible service or device – from PCs and tablets to TVs and smart phones.

Set sail for a fun-filled voyage and hilarious pirate antics with the biggest Band of Misfits on the seven seas! When the infamous Pirate Captain (Hugh Grant) is shunned once again by his rivals Black Bellamy and Cutlass Liz, he sets his sights to win the coveted Pirate of the Year Award. With his trusted dodo, Polly and rag-tag crew at his side, the Pirate Captain will need to battle a diabolical queen, save a young scientist and never lose sight of what a pirate loves best: Adventure!

Tags:  Competition Pirates win
This entry was posted on Sunday, September 2nd, 2012 at 9:30 am and is filed under Blog, Competitions. You can follow any responses to this entry through the RSS 2.0 feed. You can leave a response, or trackback from your own site.