From legendary director Ridley Scott (Alien, Prometheus) comes a gripping tale of human strength and the will to survive. During a mission to Mars, American astronaut Mark Watney (played by Academy Award winner Matt Damon) is presumed dead and left behind. But Watney is still alive. Against all odds, he must find a way to contact Earth in the hope that scientists can devise a rescue plan to bring him home. Based on the best-selling novel by Andy Weir, THE MARTIAN DVD provides a realistic glimpse into life in outer-space that will have you on the edge of your seat. In addition to wowing audiences around the world, the film is one of best reviewed of the year. 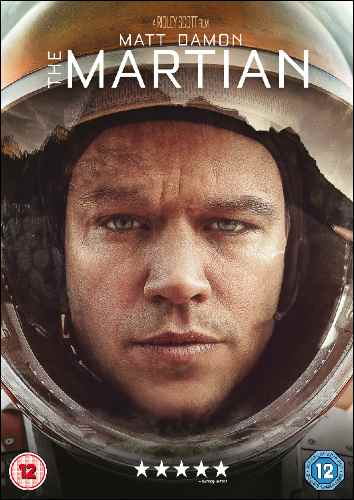 For your chance to win a copy of The Martian DVD, enter write the name of your favourite sci-fi movie of all times in the competition form below this form. Deadline to enter is midnight on 1st March 2016.

Check our Movies section to read what our film critic Freda Cooper thinks of The Martian.

JESSICA CHASTAIN Interview on her role in The Martian 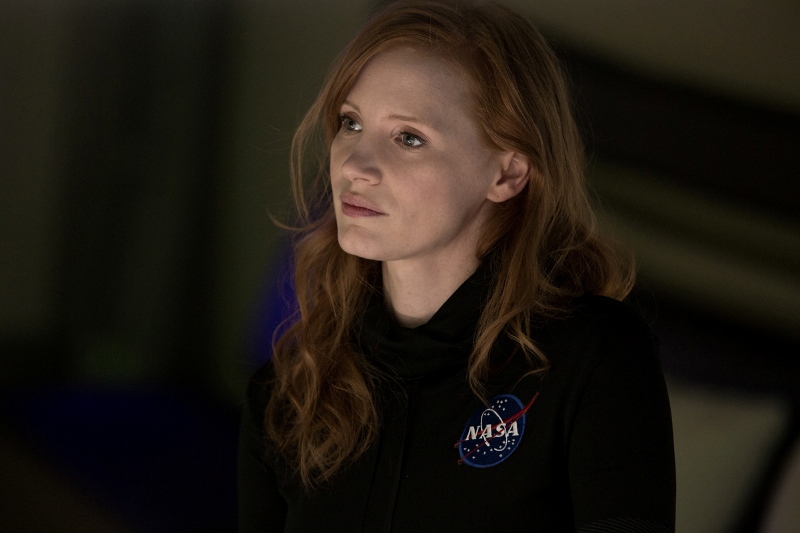 Q:How excited were you to be in a Ridley Scott film?
JC: I was really excited to be in this film mainly due to the opportunity of working with Ridley Scott. I’ve watched his movies since I was a kid. After watching Alien and thinking that this man changed a part that was written for a man into a woman, how badass is that movie? Also, not forgetting Thelma and Louise and all of the other incredible movies he’s made. So yes, to work with Ridley Scott, I really wanted to do it. To do a space movie with Ridley, I don’t think it gets better than that.

Q: How did you prepare for the role?
JC: To prepare for the film I went to JPL (Jet Propulsion Laboratory) in Pasadena and saw all the robotics works that they were doing. When I was there, they were testing the twin of the curiosity rover, which is the rover that is up on Mars currently. They have a twin on Earth and the rover on Mars was having problems with the wheels, so they were testing the twin to see how it could get around on what kind of surfaces and rocks. Then I got to do a kind of 3D virtual reality of what it would be like to be on Mars! I then went onto NASA in Houston and met with the astronaut, Tracey Caldwell Dyson. She’s had 3 space walks, 188 days in space and she took me to the training facilities and I based my character on her. She was the big inspiration for Melissa Lewis. 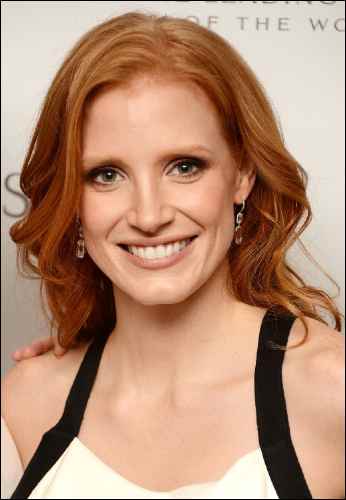 Q: What do you think audiences reactions will be to seeing the film on Blu-ray & DVD?
JC: I think what’s great about The Martian is that when you think of sci-fi, usually it’s a view of the future that feels so far away and it feels very much removed. But actually, in our lifetime, we are going to watch people go to Mars. NASA is talking about, I think its 2023 that they plan on doing a manned mission to Mars, which is so exciting. Watching this movie makes you realise that this is our immediate future. It brings me back to the 60’s, of course we weren’t around for the space race of going to the Moon, but how incredible, that there is a new generation of space exploration. There is something about the film that feels very timely. It’s thrilling, it’s a film that celebrates teamwork, and no person could do it on their own. All of the countries, all of the people involved, everyone plays their part in saving this one man.

Q: How was it to film the opening sequence of the film?

JC: The storm sequence on Mars was probably the most difficult thing to shoot, mainly because the outfit is not comfortable, and we all had our own oxygen supply that sometimes would turn off. You wouldn’t be aware when the oxygen would stop flowing because it wasn’t like you could hear it. You would just suddenly notice that you would be breathing really heavy and you would start to get a little dizzy and then condensation would appear on your helmet. Also, with all the wind turbines, you couldn’t hear anything, so we would have speakers and microphones, but on action we were screaming our lines so the other actors could hear through their speaker. It was pretty intense, but I think that makes the scene exciting. You can feel the adrenaline from when we were shooting that scene when you are actually watching it.

Q: Do you watch a lot of movies on Blu-ray & DVD?
JC: I watch a lot of movies at home. When I’m at home if I’m watching a Blu-ray or DVD, I like to watch with other people because there is something about it that brings together a community when you watch it together. You laugh at the same time and you cry at the same time and you have this shared experience, which for me is the most exciting reason to be an actor and to be in this industry.

To mark the digital HD release of  The Martian, there was a curious PR initiative that is worth mentioning: The Potato Project (Soho, London) recently launched TWO new items on their menu.

Ingredients in the deluxe dishes have been inspired by the film (such as red paprika capturing the essence of the dusty Mars planet) and will be available for a limited time only. ‘The Martian Jacket Potato’ has been created by The Potato Project Team and ‘The Martian Wedges’ designed by Sally Bee, ITV Lorraine’s star chef and Ambassador for Albert Bartlett potatoes. 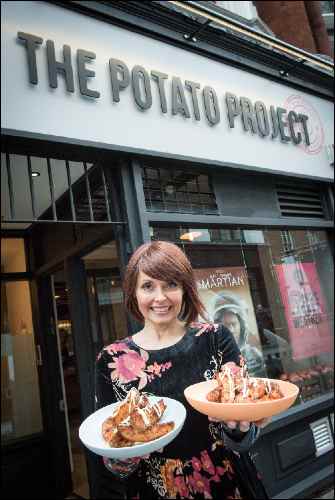 The Martian Wedges – Segments of Albert Bartlett Rooster potato with garlic mayo, chilli oil, a pinch of salted ricotta, topped with a drizzle of lemon syrup

The Albert Bartlett Rooster potato is the great tasting base for these dishes – look out for its Mars-red skin in most supermarkets and an exciting Martian competition on pack.

This entry was posted on Tuesday, February 2nd, 2016 at 1:35 pm and is filed under Competitions. You can follow any responses to this entry through the RSS 2.0 feed. Both comments and pings are currently closed.