Pride & Prejudice & Zombies comes to DVD, Blu-ray and VOD Monday 27th June 2016. Courtesy of Lionsgate, we have three Blu-rays to give away.

It’s Pride and Prejudice like you’ve never seen it before, as Jane Austen’s 19th Century classic is invaded by hordes of flesh-eating zombies! With its killer premise, an incredible cast of established stars and Hollywood’s hottest rising talent, and big, blood-splattered action, Pride and Prejudice and Zombies is the literary-monster mash-up you’ve been waiting to feast on! 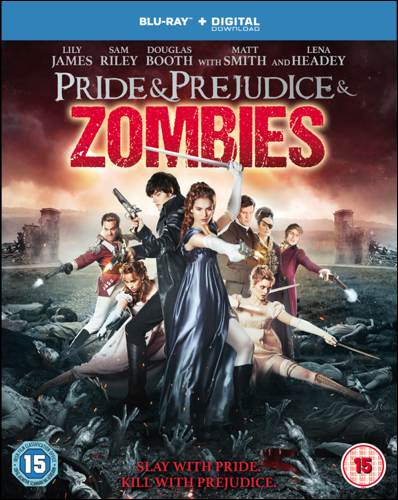 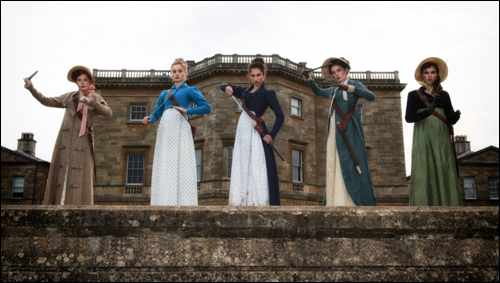 A mysterious plague has fallen upon 19th century England, the land is overrun with the undead and feisty heroine Elizabeth Bennet (Lily James) is a master of martial arts and weaponry.

Casting aside personal and social prejudices, Elizabeth and Mr. Darcy (Sam Riley) must unite on the blood-soaked battlefield to rid the country of the zombie menace and discover their true love for one another.

For your chance to win one of these Blu-Rays, write the name of your favourite Jane Austen’s novel in the competition form below this post. Deadline to enter is midnight 28 July 2016.

This entry was posted on Sunday, June 26th, 2016 at 12:30 pm and is filed under Competitions. You can follow any responses to this entry through the RSS 2.0 feed. Both comments and pings are currently closed.