Win 1 of 3 bundles of Snowman prizes including The Snowman DVD, Book, CD set and bean toy

One of the best-loved Christmas stories of modern times is celebrating its 30th anniversary this year: The Snowman: 30th Anniversary Edition. Relive the magic of Raymond Briggs’ inspired classic on DVD and Blu-Ray from 5th November 2012. This is the perfect competition for this Christmas. We have teamed up with Universal, Penguin and Rainbow Designs to offer you three great bundles of Snowman prizes including copies of The Snowman Book and CD set, alongside copies of the DVD and bean toys (from Rainbow Designs). 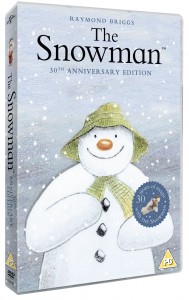 Academy Award nominee The Snowman has captured the hearts and imaginations of a generation of families across the globe. Now, this timeless classic is available for the first time ever in high definition as The Snowman: 30th Anniversary Edition is released on Blu-Ray and DVD from November 5th 2012. 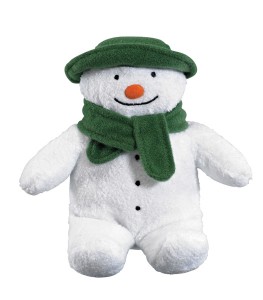 For your chance to win one of these amazing bundles of Snowman prizes, answer the simple question below in our dedicated competition page (USE ONLY THE DEDICATED PAGE & DO NOT SEND MESSAGES OR DO NOT POST MESSAGES ON THE WEBSITE OR ON THIS PAGE AS THE ENTRY WON’T BE VALID – YOU WON’T BE NOTIFIED OF THE WRONG ENTRY) https://londonmumsmagazine.com/competition-area. The question is: ‘What’s the name of the musical score’s composer of this movie?’ The deadline to enter is 10th December 2012.

Over the past 30 years, The Snowman has become a national institution, a heart-warming and moving tale of love, hope and imagination. Raymond Briggs’ sketches are brought wonderfully to life through expert animation alongside the legendary musical score by composer Howard Blake.
The story follows a young boy’s magical adventure when he wakes in the night to discover his snowman has come to life. The pair soar through the night skies in a beautifully animated scene accompanied by the haunting song which made Aled Jones a household name, ‘Walking in the Air’.

Watching The Snowman has become a Christmas tradition in households around the world and now fans can see the intricate methods involved in the production in the release’s unique bonus content. 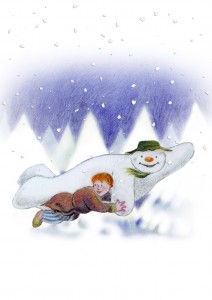 Features include an audio commentary with the producer John Coates and design supervisor Jill Brookes, along with Joanna Harrison and Hillary Audes, who put the original story board together. And Aled Jones and Peter Auty both give humorous perspectives on the common misconceptions surrounding the original recording of ‘Walking in the Air’. 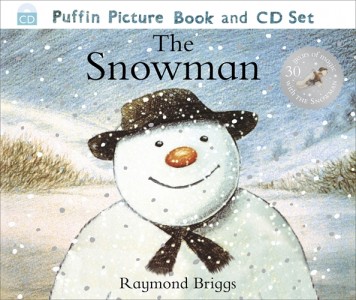 Blu-Ray & DVD available at all major retailers from 5th November 2012.

Tags:  Christmas competitions snowman
This entry was posted on Monday, November 12th, 2012 at 11:00 am and is filed under Blog, Competitions. You can follow any responses to this entry through the RSS 2.0 feed. You can leave a response, or trackback from your own site.