Win 1 of 3 Blu-Ray copies of THE SPONGEBOB MOVIE: SPONGE OUT OF WATER & FREE ACTIVITY SHEETS

SpongeBob and his friends are back—and like you’ve never seen them before—in the all-new blockbuster hit THE SPONGEBOB MOVIE: SPONGE OUT OF WATER arriving first on Digital HD (20 July), and Blu-ray and DVD on 3 August 3 2015.

For your chance to win this Blu-Ray, write the name of the actor who plays pirate Burger Beard in the SpongeBob movie in the competition form below this post. Competition closes 27th August 2015. 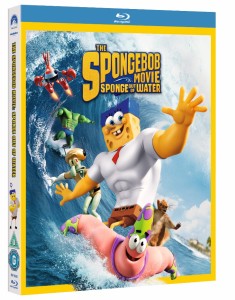 THE SPONGEBOB MOVIE: SPONGE OUT OF WATER Blu-ray boasts over an hour of super-powered extras highlighted by exclusive and delightfully fun sing-along music videos, eight exciting featurettes that take you from Bikini Bottom to the surface, deleted scenes and more.

On a mission to save his world, SpongeBob SquarePants is headed to ours. When pirate Burger Beard (Antonio Banderas) steals the secret recipe for the beloved Krabby Patties, SpongeBob and friends come ashore to bring back the missing formula. To succeed, they must team up with former rival, Plankton, but soon realize that to defeat a super-villain, they must unleash their inner superheroes. 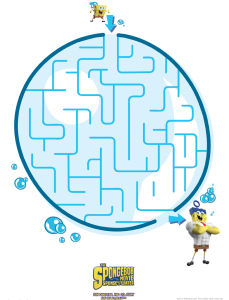 • SpongeBob SquarePants: Out of His World
• When I Grow Up, I Want To Make Funny Sounds
• Becoming Burger Beard
• Making the Burger Mobile Chase Sequence
• It’s Hip To Be SquarePants
• A Day In The Life of a Sponge

Tags:  Antonio Banderas
This entry was posted on Monday, July 27th, 2015 at 1:15 pm and is filed under Competitions. You can follow any responses to this entry through the RSS 2.0 feed. Both comments and pings are currently closed.