Win 1 of 2 A Shaun the Sheep Movie: Farmageddon prize bundles

From the multi-Academy Award-winning studio that brought you Chicken Run and Wallace & Gromit, comes A Shaun the Sheep Movie: Farmageddon, a hilarious tale of friendship and mischief between the world’s favourite sheep and an adorable alien, as they embark with the whole flock on an epic and out of this world adventure to send her back home. A Shaun the Sheep Movie: Farmageddon lands in cinemas on October 18th. You can win ‘money-can’t buy’ merchandising with London Mums’ competition. 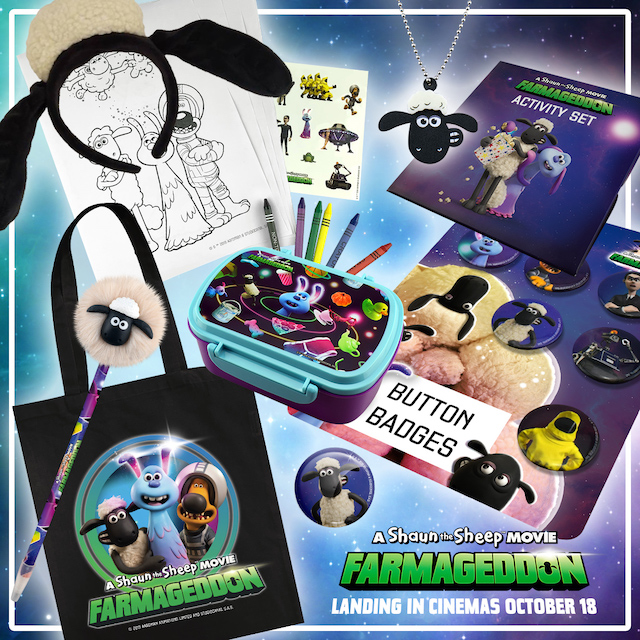 The story
Strange lights over the quiet town of Mossingham herald the arrival of a mystery visitor from far across the galaxy. When the intergalactic guest – an impish and adorable alien called LU-LA – crash-lands near Mossy Bottom Farm, Shaun soon sees an opportunity for alien-powered fun and adventure and sets off on a mission to shepherd LU-LA home. Her magical alien powers, irrepressible mischief and galactic sized burps soon have the flock enchanted. However, when Shaun takes his new extra-terrestrial friend on the road to Mossingham Forest to find her lost spaceship, he is unaware that a sinister alien-hunting agency is on their trail. Can Shaun and the flock avert Farmageddon on Mossy Bottom Farm before it’s too late?

We have two prize bundles to giveaway. Here’s what you need to do for your chance to win!

and write the name of your favourite character from Shaun the Sheep The Movie in the competition form below this post. Deadline to enter is midnight on 26 November 2019.

This entry was posted on Tuesday, October 1st, 2019 at 11:02 am and is filed under Competitions. You can follow any responses to this entry through the RSS 2.0 feed. Both comments and pings are currently closed.