Set in Scotland in a rugged and mythical time, Pixar’s “Brave” features Merida, an aspiring archer and impetuous daughter of royalty. Merida makes a reckless choice that unleashes unintended peril and forces her to spring into action to set things right. 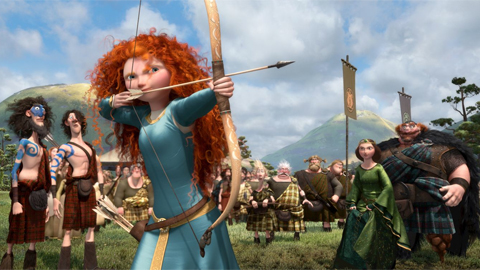 This original story is funny, exciting and moving and has enough appeal to keep the widest audience range contented. This is a great opportunity to come and see Brave on the big screen in 3D and be inspired by meeting the creative talent behind the film.

We are delighted that Mark Andrews, Director and Katherine Sarafian, Producer will take part in a Q&A after the screening.

Our friends at the BFI have offered us 2 sets of family tickets to be won: simply email
filmcompetitions@bfi.org.uk with MUMS in the subject header by 3 November 2012 10am.

Tags:  disney pixar movie
This entry was posted on Friday, October 26th, 2012 at 2:54 pm and is filed under Blog, Competitions. You can follow any responses to this entry through the RSS 2.0 feed. You can leave a response, or trackback from your own site.