Win 1 of 10 books ‘The Answer Tree’ by Claire Bulman

When a young boy uncovers a talking tree that can magically grant his every wish, he soon begins to encounter the pitfalls of getting everything he asks for. 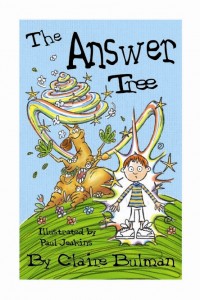 When ten year old Henry Marcus Blunt learns that his sister Beth has been involved in an accident, he asks anyone and anything for help in making her better. When someone finally offers to grant his desperate wish, Henry is completely unprepared: his source of help is a talking tree. 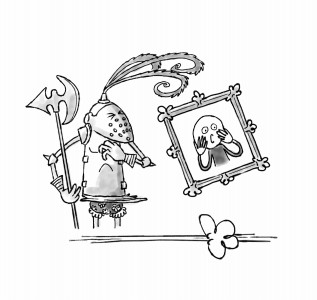 The Answer Tree is a magical tree that has the power to make anyone’s dreams come true. But no sooner has young Henry realised the magnitude of his discovery, he forgets about his sister’s plight, and begins to amass a list of selfish requests, largely motivated by his desire to beat his school rival, Jack Gilhooly, on the sports field. The Answer Tree inspires Henry to believe that he can achieve everything he desires, to become the most brilliant boy at his school. 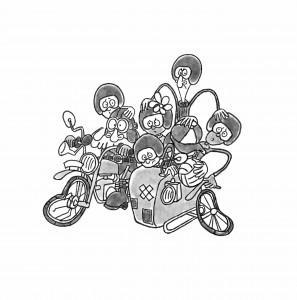 Everyone is amazed by Henry’s transformation, as he starts to win every competition in sight, with the greatest of ease. But the shine of success threatens to wane as Henry neglects his friends and family in the pursuit of personal glory. Will he recognise his error before it’s too late? Will he learn that success is made all the more sweet if it’s shared with the people you love? 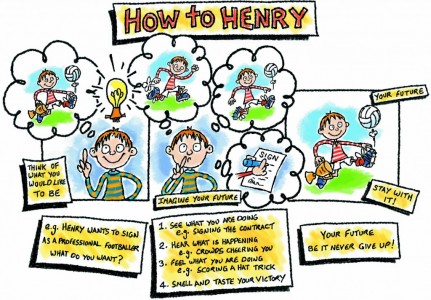 For your chance to win one of these amazing books by Claire Bulman, answer the simple question below in our dedicated competition page (USE ONLY THE DEDICATED PAGE & DO NOT SEND MESSAGES OR DO NOT POST MESSAGES ON THE WEBSITE OR ON THIS PAGE AS THE ENTRY WON’T BE VALID – YOU WON’T BE NOTIFIED OF THE WRONG ENTRY) https://londonmumsmagazine.com/competition-area. The question is: ‘What’s the name of the main character of this story?’ The deadline to enter is 20th January 2013. 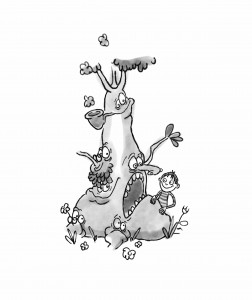 You’re ten … you’re the best at everything … because you’ve got a secret … a secret no one else has. You don’t have to do your homework … you’re the star of the football team … and you get what ever you want. Would you share your secret?

Henry Marcus Blunt is king of his school and fast becoming king of the community. He’s got everything and life is effortless. Victories pile high and the trophies get bigger and bigger … but then something goes wrong.

Henry is playing to the crowd and he is focusing on himself…not his family, not his friends and not even the family cat. Yet he has forgotten about why he has the secret in the first place – his sister Beth. His desire to beat his arch rival, Jack Gilhooly, once and for all, was too tempting for Henry. The Answer Tree showed Henry how he could achieve what ever he wanted. Yet Henry didn’t pay his part of the bargain, and now, when things seem a little lonely at the top, the Answer Tree has little to give Henry. 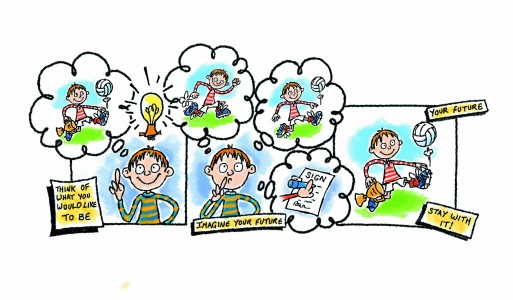 Henry finds the Answer Tree depleted of all life, his selfish demands have taken the last drop. He must now rely on himself. If he works with Jack and the others, he can save the tree…or he can continue to run. In sharing the tree with his friends, it comes back to life.

It is only now that Henry realises that in sharing, everything works … for everyone. Henry knows that the answers to any question lie within, and he, and everyone else, are capable of the extraordinary. Would you like to know the secret?

ABOUT THE BOOK AUTHOR CLAIRE BULMAN (in her own words):

I was born lucky. Winter time under a mountain, that’s how life started for me. I lived on a farm that had lots of cows, horses, dogs, cats and one sheep. There were also rivers…with eels…but I never got bitten. I’m good at toe curling too.

Living in a place like that you couldn’t help but explore. Age nine; I remember lying in my Grandparents paddock, dreaming of walking in lush French fields. Twenty-one years later, as I was standing in a field on the outskirts of Reims, France, I stopped suddenly as it all looked so familiar but I hadn’t been there before, yet I had in the yes of that nine year old.

I studied at university in both New Zealand and Australia, whilst at university I joined the army, becoming one of the first female riflemen in the western world. We weren’t allowed to be called rifle women! Then I began working with unemployed teenagers and adults encouraging them to rejoin the workforce. On moving to Brisbane, Australia I worked in the computer game industry…for those parents out there I also dabbled a lot on the educational side, the hard stuff adding and subtracting. Then my job took me around the world to Japan, Panama, the United States and Vietnam. With the final destination – London.

I couldn’t stop exploring and on the way I found me. Awkward introduction really, I mean do you hug or shake hands.

Now I live by the sea, I ski, paint and ride bikes. I’m a little bit older, so when I’m on my bike I’m glad that mountain with all those massive hills are 11682 miles away. Phew, lucky again.

Oh yes, I draw and write but only after dismounting from my bike.

Tags:  books' reviews Competition competitions
This entry was posted on Monday, December 24th, 2012 at 9:00 am and is filed under Blog, Competitions. You can follow any responses to this entry through the RSS 2.0 feed. You can leave a response, or trackback from your own site.