London Mums has teamed up with BFI and the O2 to give away 1 family ticket to ‘Flying Monsters (3D)’ at BFI Imax (Waterloo) and to Dinosaurs Unleashed at the O2! Amazing! Email us via the London Mums website by the end of June 2011. 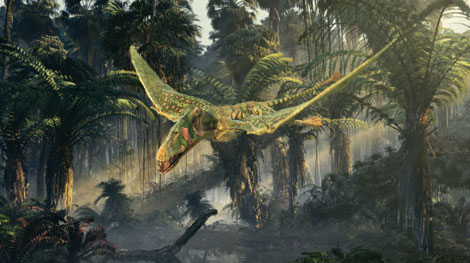 Dinosaurs Unleashed at the O2 have joined forces with the BFI IMAX to offer you the chance to win tickets to see Flying Monsters 3D www.bfi.org.uk on the biggest screen in Britain! plus, plus a day out at the O2! 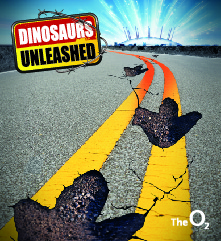 Start the day with a trip to the IMAX to see Flying Monsters. While dinosaurs walked the earth, monsters ruled the skies…For thousands of years, humans have believed that there were once flying monsters. But did they really exist beyond our nightmares?

David Attenborough, the world’s leading naturalist, sets out to uncover the truth about the enigmatic pterosaurs … and in the afternoon jump on a Thames Clipper boat and take a trip down teh river to the 02 where the whole family can walk alongside the giants of the Triassic, Jurassic and Cretaceous periods. Meet Stegosaurus, Triceratops, Megalosaurus, the fearsome Tyrannosaurus rex and marvel at the giant Diplodocus – three times the length of a double-decker bus !

How to enter: Just email us via the London Mums website. Deadline mid June 2011.

This entry was posted on Wednesday, June 8th, 2011 at 2:45 pm and is filed under Blog, Competitions. You can follow any responses to this entry through the RSS 2.0 feed. You can leave a response, or trackback from your own site.